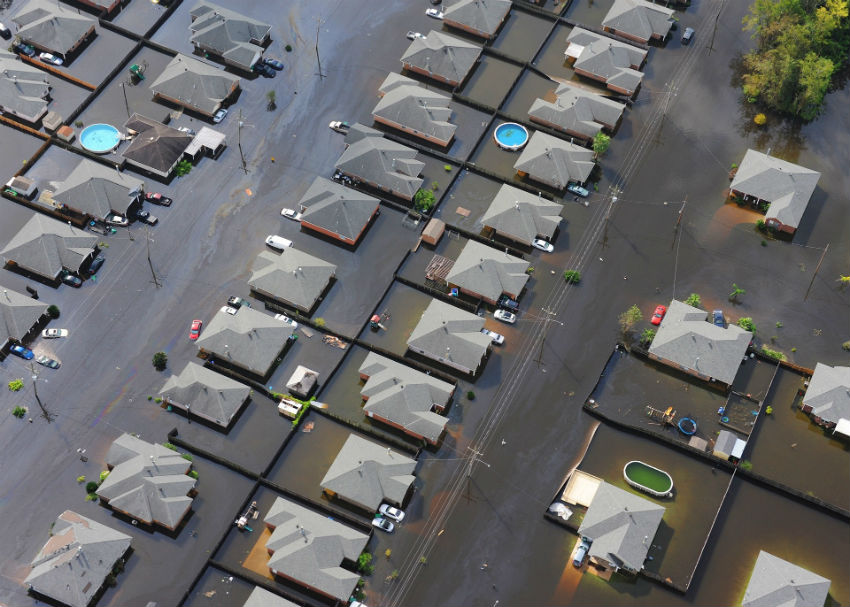 What is sewer backup?

Sewer backup usually happens after heavy rains or melting snow overflows the city’s main drains causing the sewage water to back up into your house through your basement’s floor drains.

What is a sewer backup valve?

A sewer backup valve is a plastic box that attaches to your main underground pipe which runs out to the city main drains. Usually, this box operates just like an extension of your drain. If the main city drain backs up though, you’ll be happy knowing you’re protected. When enough water flows into your house, the sewer backup valve lifts up preventing any water from flowing in or out. The part that lifts to prevent the incoming rush of water will eventually go down once the problem has subsided.  If it doesn’t stop, you will want sewer backup insurance. 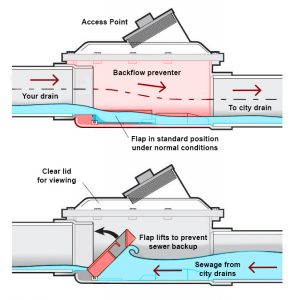 How can I tell if I have a backflow valve?

If you can’t tell, you either don’t have one or, it’s time to call a plumbing company who can put a camera down your drain system through one of the floor drains and they’ll be able to tell you. If it’s not accessible, you need to create an access point to replace it and to check on it in the future. If you don’t have one, it will involve finding where the drain is, breaking up the concrete floor, and installing one in line. After that, your plumber will finish by creating an access point with a lid on top to prevent anyone from falling down the hole. The hole will likely be about 4-5ft underneath your floor.

What happens if your sewer backs up in your basement?

If sewage backs up into your basement, you’ll want to leave your home as soon as you can. The smell is awful and is toxic to your health.

You’ll also want to call a plumber to install a sewer backup valve or backflow preventer to avoid this problem from happening in the future. The plumber will also “snake” the drain. Snaking a drain is the process of clearing a blockage from any drain from something getting lodged within it – either from something being improperly being flushed down the toilet, an inadequate slope of your pipe, or a crack in clay piping. If your drains are made of clay, you should strongly consider having them replaced with ABS pipe. ABS piping can handle extreme cold and is more resistant to shock.

If you have a sewer backup endorsement on your insurance policy, you’ll also want to call your home insurance provider to submit a claim. You’ll want to have the mess cleaned up as soon as possible. You’ll also need to repair the damage to your floor, carpets, furniture, baseboards, and drywall.

Is sewer backup insurance worth it?

In April of 2017, Ottawa and its residents bore the brunt of record-breaking flooding. Heavy rainfall and melting snow eventually led to the worst flooding seen in decades. Emergency officials evacuated residents after they were deemed at risk, and a month later the military was called in for extra help. Thousands of residents did not have sewer back up or overland water coverage on their house insurance policies leaving them to beg the province for help in repairing their homes. In Ontario, the province’s disaster assistance program is capped at $250,000 which provided some relief, but the average cost of a flooded basement in Canada is $43,000.

If you don’t have a sewer backup valve, or backflow preventer installed you should add sewer backup insurance to your home insurance quotes to help cover the costs of a flooded basement.

If you live in a condo, you probably don’t need it for your condo insurance as it’s likely covered by your building insurance and will be paid for through your condo fees. If you’re renting a basement, while you won’t be responsible for the damage done to your place, you are responsible for your contents within it. Talk to your landlord if they have coverage for you to live elsewhere while the home is repaired. You should get some tenant’s insurance quotes and make sure you have the coverage you need for your valuables in case of sewer backup.