Are You Committing Home Insurance Fraud? 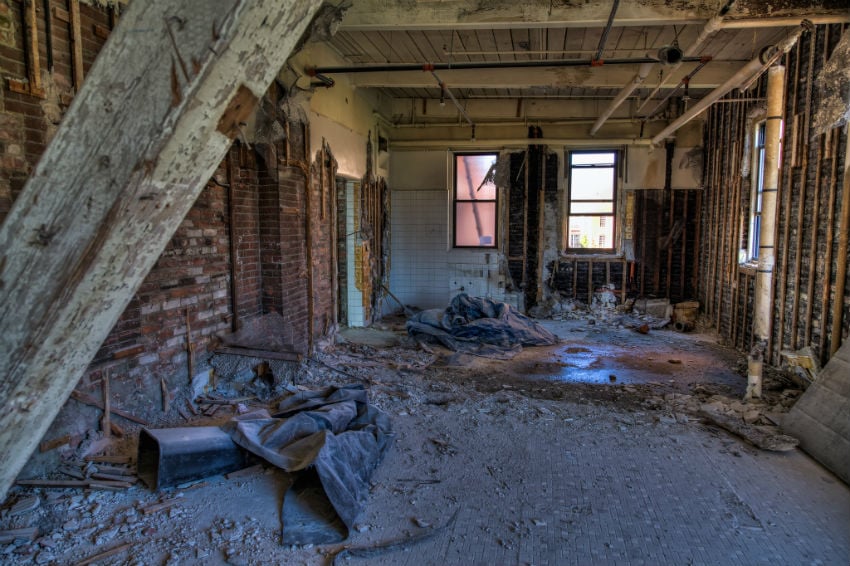 Every year, Canadians pay over $1 Billion for business, auto, and home insurance fraud. If you think it doesn’t hurt you, consider that 15% of your insurance premium goes to covering past fraudulent insurance claims. Are you contributing to this problem without knowing it?

There’s this thing called the tragedy of the commons. Wikipedia defines it as, “a term used [ …] to describe a situation in a shared-resource system where individual users acting independently according to their own self-interest behave contrary to the common good of all users by depleting or spoiling that resource through their collective action.”

If we compare it to home or condo insurance, it’s the equivalent of stating, after a fire in your kitchen, that “yeah, I did have beautiful quartz countertops,” not the old, stained, chipping away MDF counter you actually bought for $100. Hey, you’ve paid into home insurance, you’ve been devastated by the fire, and since you’re left to deal with it, why not take advantage of it, right?

Those costs are paid by the house insurance company, who, after paying out claims all year, may have a negative bottom line, and need to raise rates for everyone on their books the next year; including your own.

There are two types of homeowners insurance fraud. Inflated claims – where after a flood or fire you list off items that you never owned in the first place,  or restoration and vendor fraud where a contractor overcharges you for simple repairs, and you don’t care, because you’re not paying for it anyway. Or are you?

Let’s look at these two types of fraud in greater detail and what we can do to avoid them and save us all a little more money on our next home insurance quotes.

Did you know that exaggerating the damage of a home insurance claim is a crime? Insurance cannot be used as a means of profit, or in other words, a way to get those fancy things you’ve always wanted without actually paying for them. It’s there to cover you for the losses of what you already own, not the dream kitchen.

Your insurance company pays for the contractors and suppliers to rebuild your home. Your insurer will also replace contents based on your reported losses and any extra endorsements as outlined in your house insurance policy. A claims adjuster reviews receipts and other details of your claim to make sure you receive the correct amount and the level of service required for the policy you purchased.

The other primary type of house insurance fraud is from vendors looking to take advantage of the situation. Suppliers may recommend a product they’ve had a hard time selling, but that product may not be the one you need. For instance, if the supplier sells you low-quality drywall as opposed to mould or water-resistant drywall to repair a flooded-out bathroom, you wouldn’t notice it for months. Then, when the black mould starts growing on your walls, you have to redo the job, but this time, pay out of pocket.

Also, you’re in a vulnerable position – you want your house back as fast as possible, and you don’t have time to educate yourself about the available options, so you’re an easy “yes.” That said, be on the lookout for these common scams, according to House Logic.

The top 5 contractor scams are as follows:

If your insurance company suspects any fraudulent activities – everything from an exaggerated claim to a dishonest contractor, your payment for the entire claim, including those valid claims, could be at risk and not paid out at all. If you have a claim denied due to a suspected home insurance fraud, you may have difficulty obtaining insurance in the future. In a worst-case scenario, since inflating or exaggerating a claim is a crime, insurance companies could even contact the police to press charges against you.

How to protect yourself against home insurance fraud

Be honest and upfront –  In all cases, tell the truth. If you want the upgraded countertop, let it be known and work it out with your insurance company to pay the difference.

Be an active project manager – Shop around for accredited contractors with the Renomark symbol or ask for references from previous jobs. Also, get a few quotes and make sure you’re comparing apples to apples. Ask lots of questions and seek to understand why a particular material is being used. Get detailed and ask for store receipts.

Get it in writing – whatever has been promised to you and agreed upon verbally, before you proceed, get everything in writing to avoid any surprises. Discuss ahead of time how change orders will be handled if there are other problems beyond the quote. It’s also recommended to make progress payments. For instance, once demolition has been completed, pay for that portion of the contract – the same goes for each trade – electrician, plumber, drywaller, painter – only pay once the work has

The Insurance Bureau of Canada wants us to fight fraud together and believe there are ways to do it. The first is to recognize the crime being committed, by knowing what you’ve read above, you’re in a pretty good place. Once you’ve identified it, you can report fraud anonymously online, by calling 1-877-IBC-TIPS, or by emailing the Canadian Anti-Fraud Centre at [email protected].