What Happens to My RRSP When I Turn 71? 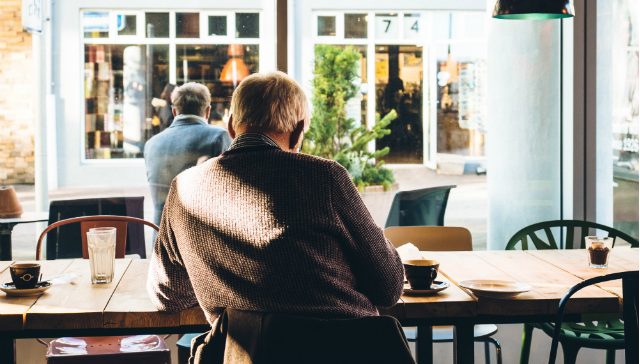 An old saying is commonly paraphrased as ‘nothing is certain but death and taxes.’ The latter part is certainly true when it comes to your RRSP.

You can accumulate the gains, interest, and dividends tax-free over many years. But the day does eventually come when Ottawa forces you to start withdrawing the cash and take the income tax hit.

Still, however, there are things you can do to minimize the taxman’s take and ensure that you can keep as much of your nest egg as you can.

While not as popular as it once was, the RRSP still remains the savings vehicle of choice for most Canadians.

After you make an RRSP contribution, the interest and other sources of income accumulate without tax being paid. Once you start taking money out of the plan, then the Canada Revenue Agency (CRA) swoops in for its cut.

The working theory is that you build up your retirement reserves when working and you’re in a higher income tax bracket. Then you begin drawing down on this financial nugget after you quit the workforce and face a lower income tax rate.

The federal government, however, isn’t about to let a person hold on to that cash in perpetuity. The rules are such after you turn 71, you convert your RRSP into something else and begin withdrawing the cash; you don’t have a choice.

When you reach seven decades plus one year, you have three main options for what to do with your retirement plan.

Collapse the RRSP—This option is the simplest but also the ugliest. You take everything out of the account all at once. It’s simple because once you make the RRSP withdrawal, you don’t have to worry anymore about future tax bills. This plan is also the worst from a tax efficiency point of view. You get taxed at your highest rate because the cash exits the RRSP in a single lump sum. It’s simple but expensive.

Buy an annuity—Now you’re getting smarter about cutting your tax bill. In this case, you take the cash in a lump sum and buy an annuity from a life insurance company. An annuity is a contract whereby the company pays you a certain amount annually over the remainder of your life. Think of it as something similar to a pension.

So, for example, you’re 71 and have a $100,000 in an RRSP, which you want to convert into an annuity. If you’re male, you get a little more than $7,036.68 a year for life, according to Sun Life’s annuity calculator. If you’re female, you’ll get $6,405.25 annually. (The reason for the varying payouts is that women have a longer life expectancy than men.) The CRA treats the annual cash payout as taxable income.

One wrinkle is there are two types of annuities to choose from. A life annuity will pay you as long as you live. There’s also the option to continue making payments to your spouse, estate, or beneficiary after your death. But a term certain annuity only pays you for a set period of time. Once the term is up, the payments to you or your estate stop.

Convert your RRSP into a RRIF—The popular choice for many Canadian retirees is the registered retirement income fund (RRIF). A RRIF is more or less an extension of the RRSP. However, you can’t put anything in the account and you can only make withdrawals.

The CRA requires a person to make a minimum withdrawal every year, which is dependent upon your age and the market value of your assets at the end of the previous year. All withdrawals are considered taxable income. One advantage is that the withdrawals will be considered pension income, which allows you to claim a small tax credit.

You can also begin RRSP withdrawals before you turn 71, use the money to fund your retirement, and delay your Canada Pension Plan (CPP) benefits. The advantage to this strategy is that the longer you wait before getting CPP cash, the higher those payments will be.

Most people like the flexibility of the RRIF and the fact that the returns you make on your investment continue to accumulate tax-free. And that can be an advantage since you only take out a portion from your RRIF in any one year. But you still have money left that can earn capital gains, dividends, and interest.

An annuity also suffers in comparison since the payout depends to a large extent on the current level of interest rates, which are historically low. As well, since annuity payments are fixed, they don’t offer the retiree protection from inflation. However, an annuity gives you the certainty of a set amount of cash annually and will continue as long as you live.

In contrast, RRIF withdrawals can start out relatively low and ratchet up as you age, changing the amount substantially. You could also run out of money if the investments held within your RRIF performs poorly.