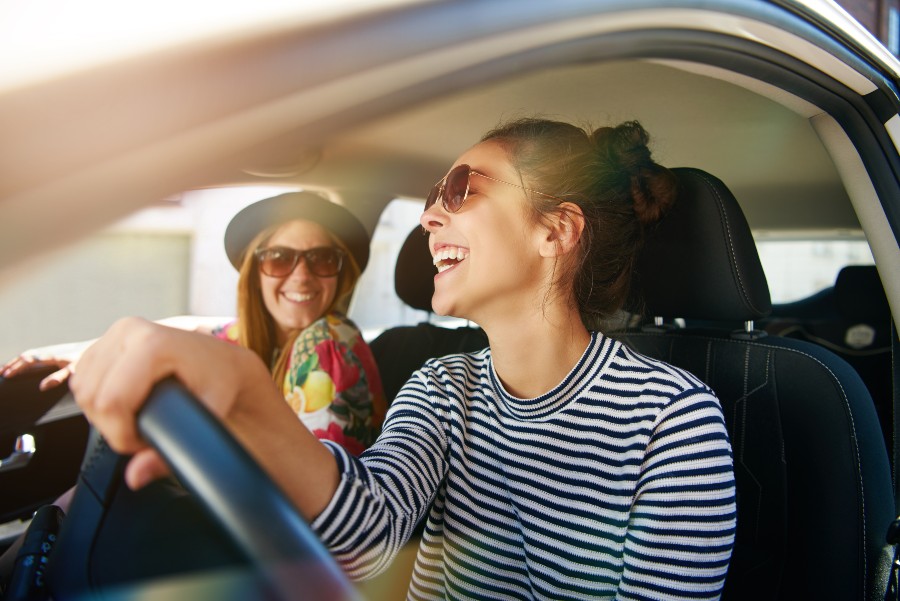 There are times when you want to let someone else drive your car. It could be your teenager who’s learning how to drive, a friend or relative staying with you, or someone coming to visit from out of town. Whoever borrows your ride, there are risks involved with lending out your car and times when you can be held liable for their actions.

What happens with your insurance if someone else drives your car and gets into an accident? What if they get a ticket? And what difference could it make for your insurance premiums? We’ll explore all of these questions in this overview of occasional driver insurance.

What is occasional driver insurance?

If an occasional driver isn’t on your insurance policy, there’s a chance that your claim sees a denial and you, the vehicle’s owner, will be responsible for any damages.

Who needs to be named as an occasional driver?

For instance, car insurance in Alberta requires that every member of the household who has a driver’s license be named on the insurance policy – regardless of whether or not they’ll be using the car.

If someone borrows your car once, you probably don’t have to add them as an occasional driver. That could be a neighbour borrowing your car for a special trip or an out-of-town visitor using your car for a day trip. As long as they have your permission to use the vehicle, your insurance will cover these one-time other drivers.

If you’re not sure, it’s best to call your insurance broker or agent. They can help you decide whether the person borrowing your car needs to be added as a driver, and they’re bound by law to give you accurate advice.

How much does occasional driver insurance cost?

Adding any secondary driver will increase the cost of your policy. That’s because different drivers present different levels of risk, and your insurer will want to make sure they are charging you the proper amount to give you the coverage you need.

The cost of adding an occasional driver to your car insurance policy depends on many factors. The occasional driver’s age, sex, driving experience and history of safe driving are among the primary considerations when determining the cost.

You might be able to add your sister, who’s been driving for 40 years and never had an accident, as an occasional driver for just a few dollars a year. But it could cost hundreds to add your 16-year-old son who has no experience and represents the highest risk group to your insurer.

Because there are so many different factors that influence the cost of auto insurance, it’s best to get a quote from your insurance agent or broker. If you’re in a province with private car insurance, the cost of insurance can vary widely between providers. That’s why it’s a good idea to compare car insurance quotes every time your needs change, so you can ensure you’re paying the lowest rate possible.

What about the primary driver?

The person who drives the vehicle the most, usually the owner of the car, will be listed on the insurance policy as the primary driver.

There are exceptions to this rule. For example, if your household has more than one car, you may be required to list each driver as a primary for each vehicle – even if they don’t drive it the most. There are also times when the insurer

will insist a certain driver is named as the primary driver, like if someone in the household is a high-risk driver.

What if I lend out my vehicle without occasional driver insurance?

Not everyone needs to be named as an occasional driver to borrow your car. As long as the other driver isn’t borrowing your car on a regular basis (in any sense of the term), your insurance stays with the car.

That doesn’t mean you’ll be without consequences, however. If a claim is made against your insurance policy, your annual premium will increase regardless of who was driving the vehicle.

There are non-insurance-related implications as well. If the person who borrows your car gets an automated enforcement ticket (such as from photo radar or a red light camera), the fine goes to the owner of the vehicle. The same is true of a parking ticket. None of these types of tickets affect your insurance, however, they do hit your pocketbook.

Pretty much the only thing you won’t be held responsible for as the owner of the vehicle is anything that can be directly attributed to the driver, like a speeding ticket.

How can I save money when adding an occasional driver?

The first and best way to save money on car insurance is to get insurance quotes. In areas where there are multiple insurance providers, there can be big differences in price. So it’s a good idea to always compare car insurance quotes online to see if you can get a better deal by going somewhere else.

If you’re adding a young driver as a secondary driver on your insurance, you may be able to get discounts for participating in programs aimed at making them a safer driver. For example, you might be able to get a discount if they are participating in a graduated licensing program, and their insurance rates may be lower if they’ve passed an accredited driver training program.

Older drivers may qualify for a mature driver discount.

Finally, you might have someone in your household who you want to specifically exclude from your car insurance policy. Known as an OPCF 28 in Ontario, or SEF 28 in Alberta, you can explicitly prohibit a high-risk driver from using your car under any circumstances, including emergencies, to avoid paying to insure them.

How can I add an occasional driver to my insurance

If the cost is too high, compare car insurance quotes online. You might find that another provider offers a lower rate for the same coverage.

Anyone who drives your car on a regular basis – even if that’s just once a month – should be added to your car insurance policy as an occasional or secondary driver. This ensures that your insurance policy will cover them in the event of a collision.

If you’re unsure about whether you need to add the other driver to your policy, talk to your insurance broker or agent. They can give you accurate information about what your rights and responsibilities are under your insurance policy and help you make an informed decision. They can also give you accurate details about how much it will cost so you can keep that in mind.

And always be careful about who you lend your car to. Since insurance follows the vehicle, you could be the one paying a higher insurance premium after a collision, even if someone else was driving.

ALSO READ
Is it time to consider usage-based insurance?
How to switch insurance companies
Thinking of driving for Uber? Consider insurance first