What Does the CMHC Red Warning Mean for Homebuyers? 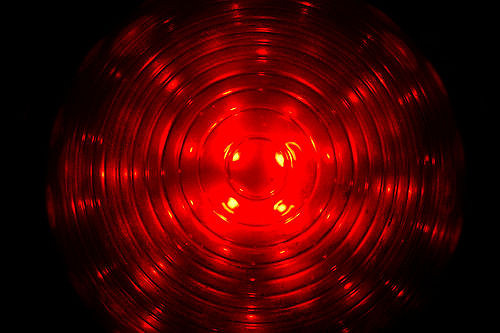 Watch out, homebuyers. When it comes to real estate risk, the government is on red alert. The Canada Mortgage and Housing Corporation (CMHC) announced this week that it will label the nation’s housing market with its highest-possible risk ranking in its upcoming Housing Market Assessment report, due to be released on Oct. 26.

It sounds like a dire diagnosis. But how will homebuyers be impacted?

While Canada’s housing market has been considered high risk for some time, this is the first time the CMHC will issue a red warning for the country as a whole, due to growing concerns that unsustainable housing prices are seeping from Toronto and Vancouver into other, smaller markets.

Said CEO Evan Siddall to The Globe and Mail, “CMHC has recently observed spillover effects from Vancouver and Toronto into nearby markets… They will cause us to issue our first ‘red’ warning for the Canadian housing market as a whole.”

In addition to rising housing prices, he says the CMHC is also worried by the growing number of risky mortgages and households with large debt obligations, which pose a risk to the overall economy. “The conditions we now observe in Canada concern us,” he stated.

A higher risk profile will manifest as limited borrowing and buying options for Canadians. Already, the government is taking action against the risky market, introducing a mortgage stress test for high-ratio borrowers earlier this month.  The changes are in efforts to knock overly leveraged borrowers out of the market, forcing them to save longer, or adjust their real estate expectations.

Meanwhile, Canada’s smaller mortgage lenders, who often cater to the first-time homebuyer segment, will also be impacted. As fewer new mortgages will now qualify for portfolio mortgage insurance, these lenders, who often rely on selling pooled insured mortgages as investments for funding, will have less cash flow. That means they’ll be able to issue fewer mortgages and will hike rates as a result.

Read: A Primer on the New Mortgage Rules

These limitations are part of the government’s risk reduction plan, as higher rates and fewer buyers will take some of the pressure off real estate demand and, eventually, real estate prices.

For many Canadian homebuyers, it’s going to be tougher to break into the market. As many may now qualify for smaller mortgages than expected, many buyers may need to pare down their ambitions. For example, those hoping to purchase a detached house may now be limited to townhouses or condos, or may need to consider a longer commute in order to afford a larger home. It’s vital that buyers connect with an agent and mortgage brokers to establish their affordability expectations.