A Primer on the New Mortgage Rules 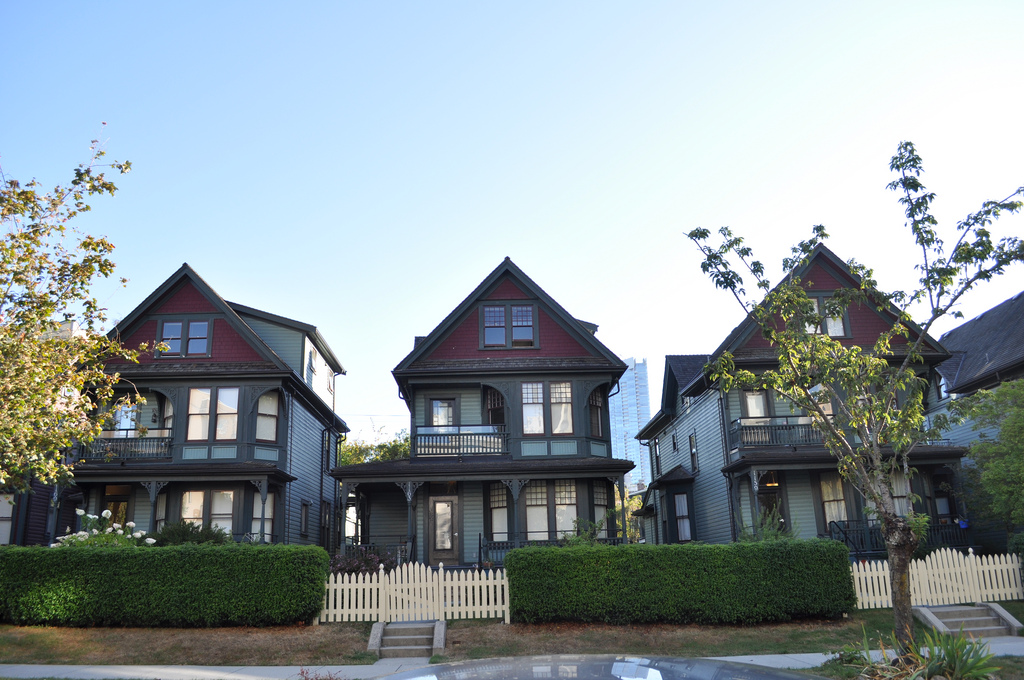 Canadians will have a harder time buying a home due to the federal government’s numerous mortgage rule changes over the past couple years. Here’s a quick overview of all the changes, important dates, and how they have impacted the housing market and mortgage rates.

As of Oct. 17, the federal government required “all high-ratio insured homebuyers [to] qualify for mortgage insurance at an interest rate [that is] the greater of their contract mortgage rate or the Bank of Canada’s conventional five-year fixed posted rate,” which is currently 5.14%.

High-ratio mortgages are those with less than a 20% down payment on the purchase price of a home. The federal government requires homebuyers with less than a 20% down payment to buy mortgage default insurance. In order to qualify for this insurance, the insurer (CMHC, Genworth or Canada Guaranty) calculates the maximum mortgage value they’ll insure using two debt service ratios, which are a measure of the buyer’s debts relative to income, as a proxy for affordability.

Previously, the Bank of Canada rate was used to calculate maximum affordability on fixed-rate terms of less than five years and on all variable rates, while the contracted mortgage rate was used for fixed-rate mortgages with terms of five years or more. To put this in perspective, approximately 42% of all mortgage rate requests on Ratehub.ca are for five-year fixed-rate mortgages. The lowest advertised five-year fixed mortgage rate on Ratehub.ca in Ontario is currently 2.94% (as of Feb. 12, 2018), 2.2 percentage points lower than the Bank of Canada qualifying rate.

The federal government claimed the rules are intended to keep household debt levels from growing even further. According to Statistics Canada, the country’s debt-to-income ratio hit 170.1% in the second quarter of 2017. That means Canadian households held $1.70 in debt for every dollar of disposable income. And in 2016 a report from the Office of the Parliamentary Budget Officer noted that “households in Canada have become more indebted than any other G7 country over recent history.”

But the new rules will also prevent some people from getting into the housing market.

“For first-time homebuyers, the stress test for those who need mortgage default insurance will cause them to rethink how much home they can afford to buy,” says Cliff Iverson, president of the Canadian Real Estate Association.

For example, let’s look at how the change impacted affordability the day it was implemented.

Of course, mortgage rates and, indeed, the Bank of Canada’s qualifying rate, have increased since this rule was implemented, so expect to qualify for even less home today.

The second change introduced by the federal government was not as widely reported, nor as widely understood. This change has to do with bulk mortgage insurance (also known as portfolio insurance).

When a homebuyer has a down payment of less than 20%, they’re required to purchase mortgage default insurance. The buyer pays this premium out of pocket. However, when a buyer has a down payment of 20% or more, the lender has the option to buy insurance on this mortgage, either individually or as part of a bulk buy for multiple low-ratio mortgages. The majority of low-ratio mortgage insurance is portfolio insurance.

Lenders will often group low-ratio mortgages together and purchase portfolio insurance so that they can create low-risk mortgage-backed securities (MBS). The MBS are sold to investors so the lenders can raise funds to lend out more mortgages. The investor is essentially buying a government-backed (insured) loan payout. This is considered a low-risk investment for investors so they’ll accept a lower return. Lenders use MBS as a cheap source of funding for mortgages, resulting in lower mortgage rates.

Starting on Nov. 30, 2016, these four types of mortgages were no longer eligible to be bulk insured:

The change for rental properties isn’t expected to have a material impact on the market since they represent a small percentage of mortgages outstanding, but the other types of mortgages are much more common. James Laird, president of mortgage brokerage CanWise Financial (which is owned and operated by Ratehub.ca), says 13% of his business is for mortgage refinances.

Many monoline lenders have had to find alternative funding for the above-mentioned mortgage products since Nov. 30, and others have stopped funding them altogether.

The main effect is that those mortgages and refinances now carry higher interest rates as a result of these changes.

The big banks can rely on their deposits temporarily but they also depend on funding from MBS. There are many possible outcomes to these changes, which are still being figured out, two of which are outlined below:

Less competitive mortgage rates and products—Monoline lenders (and mortgage brokers who sell monoline mortgage products) add competition to the mortgage market, which is dominated by big banks. If monoline products are removed from the market, this will likely result in less pricing pressure and higher mortgage rates.

Different mortgage rates for different products—If banks and monoline lenders want to continue to raise funds for the four mortgages types above, they’ll have to do so without government guarantees. And without the guarantees, investors will demand a higher rate of return. These higher rates will likely result in an increase in mortgage rates.

Remember the stress test for insured mortgages mentioned above? Well, just a year after that was unveiled, the government decided to target uninsured mortgages (mortgages acquired with a down payment of at least 20%) as well.

What that means is — similar to insured mortgage buyers mentioned above — uninsured mortgage holders will qualify for less of a mortgage now since they will need to qualify at the Bank of Canada’s posted rate (5.14%).

For many, this will translate to a loss of around 20% buying power or, to put it another way, they will qualify for a home that costs 20% less than they would have prior to the stress test.

Let’s, once again, take a look at some numbers.

In this case, a buyer would qualify for a home that costs $124,640 less than they would have prior to the mortgage rule change.

categories: Mortgages
tags: first-time homebuyer mortgage mortgage affordability mortgage rates Mortgages
3 Things To Know About Your RRSP Contribution How Much Harder is it to Buy a Condo When You’re Single? [Infographic]