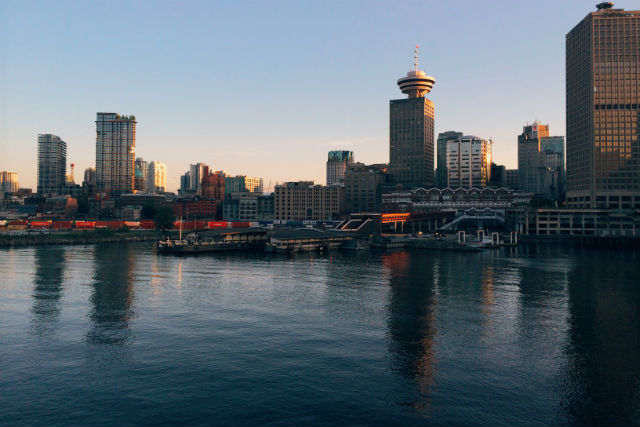 Last week, Finance Minister Bill Morneau announced new mortgage rules for Canada. The federal government has been on a mission to do two things: Stop the rapid rise of house prices in Toronto and Vancouver, and take the risk in mortgage lending away from taxpayers and put it back on the banks. This change attempts to accomplish both tasks, but at the expense of millennials who don’t need another obstacle to prevent them from buying their first home.

The change we were expecting in the announcement closed a loophole for foreign buyers of Canadian homes. Previously non-Canadians were able to claim their house as a principal residence when they sold, excusing themselves from paying capital gains tax. Under the new proposal, the principal residence exemption will be tightened up to make sure it’s not abused.

The change we weren’t expecting is what Morneau calls a “stress test” for all insured borrowers (buyers who have less than a 20% down payment and therefore require CMHC mortgage insurance). Up until now, homebuyers who got a mortgage with a five-year fixed rate were qualified based on the mortgage rate they actually received. Under the new rules, all buyers with less than 20% down will be judged against the benchmark qualifying rate. It’s a posted rate set by the Bank of Canada (BoC) that’s an average of the posted five-year fixed rates at the Big Five banks. Currently, it’s 4.64%. That means even if you can get today’s best mortgage rate (2.17% as of the time of writing), your maximum affordability will be set as though you’re paying a mortgage rate of 4.64%.

That means a huge number of buyers currently looking for homes will have to adjust their budget as their original price range will be slashed. Approximately 42% of all mortgage rate requests on Ratehub.ca are for five-year fixed rates.

This change is designed to ensure that homebuyers aren’t over-leveraged and can withstand an increase in mortgage rates over the long term. Someone who buys a home today at the top of their affordability at a rate of 2.17% will be in big trouble in five years’ time if they’re forced to renew their mortgage at 4.64%. But who are the buyers being “protected” by these rules?

The disciplined ones who are saving and spending their own money will be hurt by these rules, as they’ll now need much higher down payments to qualify to buy. For a young family earning an average income and paying rent, saving $25,000 for a down payment (enough for 5% of a $500,000 home–not enough to buy a detached anything in Toronto or Vancouver at the moment) isn’t an easy task. It takes planning and responsibility. It may be these buyers who are best prepared to become responsible borrowers.

Will the ones borrowing from the bank of mom and dad be bothered by the new rules? And more importantly, will their cash source still be there for them when mortgage rates rise?

Don’t get me wrong, I think it’s a good idea to be certain you’re not overextending yourself when buying a home. But a lot can change over five years. It’s probable that a first-time homebuyer with a modest down payment will experience at least some salary growth over five years. And even with a 5% down payment and an insured mortgage, a first-time buyer will build equity over a five-year mortgage term that adds wiggle room if things get tough at renewal.

If long-term mortgage trends are a concern for the federal government, why not allow longer mortgage terms? Here in Canada, 10-year fixed rates are available, but they’re so unattractive few homebuyers bother. (Consumers who break a 10-year mortgage after five years can only be charged three months’ interest so banks discourage them). In the United States, homebuyers can get 30-year mortgage rates that are fixed over the full amortization period. No need to renew or refinance unless it makes sense for them. Rates are higher–currently somewhere around 3.34% for a new 30-year mortgage–but it’s worth the premium for lifetime security on your mortgage rate. Wouldn’t an option like this solve the same problem without requiring Canadians to significantly reduce their budgets?

Another concern is people borrowing money to fund a down payment. It can sometimes make sense (and save money in the long run) to borrow a small amount to get your down payment to 20%. Will this rule change lead to more people borrowing from riskier sources to artificially inflate the size of their down payment? There hasn’t been any change to debt service ratio rules, so what’s to stop someone from taking out an unsecured line of credit to get to the 20% mark?

Perhaps one of the worst parts of all of this is these rules aren’t likely to do anything for home prices, especially in Vancouver and Toronto. Taking away a portion of the buying power at the bottom end of the market isn’t going to help in a market that’s being held up by a combination of record-low mortgage rates, artificially imposed land use restrictions, wealthy foreigners, and outright speculation. We’ve heard the rhetoric out of British Columbia about making sure Vancouverites get the first crack at Vancouver homes. Even if the actions being taken by the provincial and municipal governments–a 15% surtax on foreign homebuyers, and a forthcoming vacancy tax–are clumsy at best, they still aim to help first-time homebuyers in that city. This “stress test” is sure to undo any of the positive benefit being felt in that market.

And what’s worse, those people who now can’t afford to buy a home because of tougher qualification rules will have to spend more time renting while they save for a bigger down payment. The rental markets in Toronto and Vancouver are following the same trend as the housing market, especially as fewer and fewer people can afford to buy. In a market where the barrier to entry has just been made artificially higher, even more power shifts to the wealthy owners of rental units. Rental demand will increase and prices will go up with it. That means people who are renting while they save for a down payment will be able to save even less, and get stuck in a cycle of higher rental prices and less buying power.

Even people who do already own a home will feel a pinch. Young families who are hoping to move up may find themselves out of luck, as equity in their current home fails to produce a 20% down payment for their next home. A family who buys their first home with a 5% down payment will still owe more than 80% of the original purchase price when their mortgage is up for renewal at the five-year mark. Even with strong price appreciation (which the government is now making every effort to wipe out), couples who have turned into families of four since buying their condo could now be stuck for a long time before being able to buy a larger home.

The argument that house prices need to come down makes sense. People want to be able to afford to buy a home and have a place to live where they can’t be displaced at their landlord’s leisure. These new rules are taking away around 20% to 25% of the average first timer’s buying power overnight. How long will it take home prices to come down by that margin?

The federal government has made a terrible misstep and Canada’s middle class and young people are the ones who will pay the price. The risk in the housing market has increased of late and mortgage rate risk for over-leveraged consumers is something to be mindful of. But this move is like using a meat cleaver to perform a tonsillectomy. It’s the wrong tool for the job, people are going to be hurt, and the underlying problem isn’t going to be fixed.