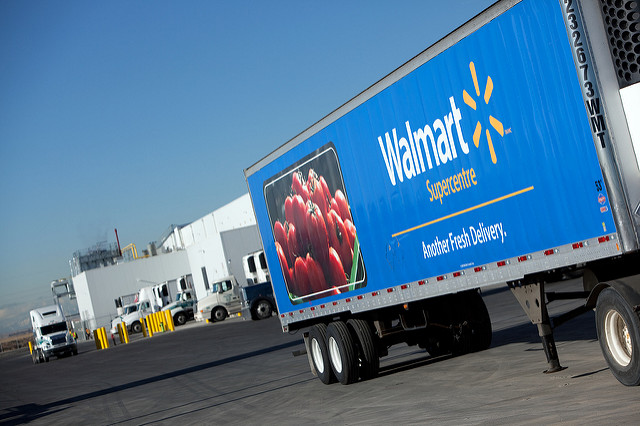 Walmart Canada is no longer accepting Visa at its three locations in Thunder Bay as of today.

In a statement, Visa said it’s committed to ensure Canadians can use their credit cards everywhere they shop, including Walmart. But it also shot back at the retailer: “Until an agreement can be reached in this commercial dispute, we encourage shoppers to use their cards at the more than 5,200 stores in Thunder Bay that accept Visa.”

Last month, Walmart said it’d no longer accept Visa at its Canadian stores due to “unacceptably high” fees. The change will be rolled out in phases across the country, starting with Thunder Bay on July 18.

When forced to choose between the two companies, an Angus Reid Institute poll finds that 59% of Canadians support Walmart while 41% side with Visa.

But 46% of Walmart shoppers who’ve used Visa to buy something in the past year say they’re less likely to shop there if the card is no longer accepted. And 64% of regular Walmart shoppers think any savings of any potential cuts in Visa’s fees will help the retailer and not be passed along to customers.

“In short, if this were an election campaign, Walmart would be winning the political air war but not getting the votes out on the ground at the ballot box,” says a statement from Angus Reid. “In fact, if push came to shove, a good chunk of Walmart’s supporters would simply vote with their feet and go elsewhere.”

If you’re looking for an alternative credit card that you can use at Walmart, we recommend the Tangerine Money-Back Credit Card.