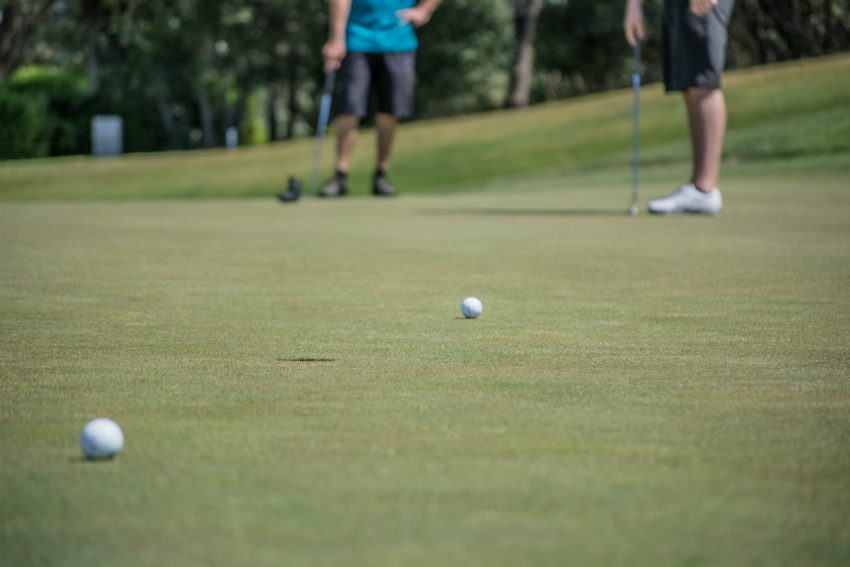 If you’re like me, you sometimes fantasize about retirement. Long days spent sipping caesars on the front porch, playing backgammon with your retired buddies, heckling the morning commuters as they set off on yet another day at the office. OK, chances are my 65-year-old self will have figured out a better use of his time.

But, what if we could retire earlier than 65? Impossible as that may seem, it is doable. There is one major caveat for most people, though: You’d likely have to retire in another country.

Before we even start thinking about what we would do in our retirement years (hello golf club membership), we need a strategy for funding the golden years. And that requires some careful planning, saving, and investing.

We’ve written extensively on various types of investments, so won’t go too into detail. You’ll likely want a mixture of conservative investments (such as GICs, bonds, and a high interest savings account) as well as some growth-focused options – such as ETFs, index funds, stocks — housed in either a tax-free savings account (TFSA) or a registered retirement savings plan (RRSP). And if you have the funds, hopefully both.

Here’s a guide we’ve put together on setting yourself up for a comfortable retirement.

The magic number required to retire on (some say $1 million, others say that’s overkill) varies for each person but, for our purposes, we’ll say a typical required figure the average Canadian requires is $740,000. That may seem daunting, but it’s achievable if one were to start saving early.

For example, say you started saving for retirement at 35 years old. With an initial investment of $0 but monthly contributions of $750 made until your expected retirement (at age 65), you could earn a total of $753,386.28 (with an assumed interest rate of 6%), according to a compound interest calculator produced by the Ontario Securities Commission.

What if you wanted to retire earlier? Well, you’d have to fast-track your savings plan.

Assuming, again, you started saving at 35 and wanted to retire at 55, you would need to bank $1,600 per month to reach a savings target of $739,265.43. Of course, you would have extended your planned retirement by an additional 10 years, so the initial required figure of $740,000 wouldn’t suffice.

Plus, that monthly savings goal is quite lofty.

So, for most people who start saving for retirement at 35, a goal of retiring at 65 is much more realistic.

That got us thinking. While a hefty retirement fund – and many years spent accruing it — is required if one were resigned to the idea of retiring in one of Canada’s major metropolises, like Toronto, at what age could a Canadian saver retire at around the world?

Retire in your 40s

Assuming the same financial parameters outlined above (a 35-year-old with zero net-worth who has just begun to save for retirement), it would be possible to retire in a number of different cities before turning 50, according to a financial independence calculator by Nomadlist.com. (The calculator takes into consideration age, assets, current location, income, and spending, and debt rates.)

Retire in your 50s

According to Nomadlist.com’s calculator, retirement options for our fictional investor are much more plentiful once they reach their 50s. There are 82 in total, according to its calculations.

Other achievable retirement destinations for those in their 50s also includes; Montreal, Lisbon, Cologne, Marseille, and Vienna.

No matter where and when you intend to retire, starting your retirement savings plan earlier will benefit you later in life.

For example, a 30-year-old Canadian who has already saved $10,000 can retire by the time they’re 41 – in Krasnodar, Russia, at least, according to the calculator.

And while most are likely intent on retiring in their home country, it’s fun to think about how far your money can stretch around the world – and how early you can retire the suit in favour of Bermuda shorts and your afternoon coffee in favour of a caesar.

Photo by Edewaa Foster on Unsplash