No Slowdown in Sight for Toronto and Vancouver Spring Housing Markets 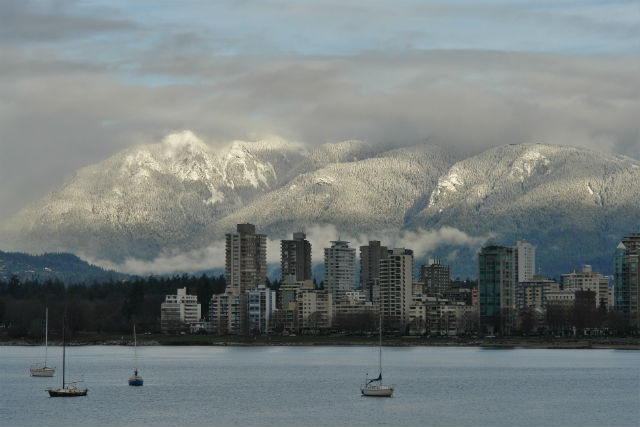 The latest numbers have been released by the Toronto and Greater Vancouver real estate boards—and they reveal prices and sales continued to surge in March. Toronto, unsurprisingly, remains the fastest-growing real estate market in Canada as prices rose a whopping 33.2% from last year. Vancouver, meanwhile, is showing apparent signs of stabilization, with prices and sales recovering slightly from the dramatic drop following last year’s implementation of a foreign buyer tax.

Toronto: Raising cause for concern

However, it’s clear that buyers seeking the traditional house with a yard are flocking to the suburbs to find one—4,672 were sold in the surrounding suburban markets, compared to just 1,215 in Toronto. In fact, this greater number of higher-priced homes sold in the 905 pushed the overall average home price in those markets higher than Toronto itself, at $925,888 and $889,452, respectively.

Read: Don’t Have a Million Dollars? Townhouses May be the Answer

That Toronto’s market is on fire is nothing new; demand and sold prices have accelerated so quickly they have captured the attention of all levels of government. Following TREB’s report, federal Finance Minister Bill Morneau stated his desire to meet with Ontario Finance Minister Charles Sousa as well as Toronto mayor John Tory, to discuss how to improve affordability conditions in the region.

Citing the “red warnings” previously raised by the Canada Mortgage and Housing Corporation this year and last, he stated in two separate letters to Tory and Sousa that he’d like to “consider how we can collectively make progress to ensure that housing in the GTA is both affordable and accessible for the long term… I believe we must take a closer look at these evolving market conditions and take stock of [the] implications for our largest urban area.”

Morneau’s call to action follows similar statements from both provincial and municipal governments; Sousa and Ontario Liberal leader Kathleen Wynne have announced new housing affordability rules will be unveiled in the soon-to-come provincial budget, while Tory has stated measures—including a tax on empty investment properties—are being considered for the Toronto market.

However, TREB President Larry Cerqua warns that government intervention, while well-intentioned, could further exacerbate supply and demand imbalances. “… Policymakers must remember that it is the interplay between the demand for and supply of listings that influences price growth,” he said.

Spring surge is no match for demand

The spring real estate season is typically the busiest for buyers and sellers, and March has kicked things off with a 15.2% increase in available listings. However, this was outpaced by the 17.7% uptick in sales, meaning GTA market conditions grew even more competitive.

“Annual rates of price growth continued to accelerate in March as growth in sales outstripped growth in listings,” stated Jason Mercer, TREB’s director of market analysis. “A substantial period of months in which listings growth is greater than sales growth will be required to bring the GTA housing market back into balance,” he added. “As policymakers seek to achieve this balance, it is important that an evidence-based approach is followed.”

Vancouver: A recovery for sales and prices

Vancouver real estate prices and sales took a dive following the implementation of the 15% tax placed on foreign buyers’ home purchases last August, but that trend may now be reversing. According to the Real Estate Board of Greater Vancouver (REBGV), March sales are up 47.6% from February, after sustaining a 39% drop year over year in January.

“While demand in March was below the record high of last year, we saw demand increase month to month for condos and townhomes,” she said. “Sellers still seem reluctant to put their homes on the market, making for stiff competition for buyers.”

The number of new homes listed for sale in Vancouver was down 24.1% from last year, with only 4,762 coming to market in March, though is still a slight improvement from 3,666 listed in February—a low not seen since 2009.
Oudil added that prices will continue to rise as long as listings remain scarce. “Home prices will likely continue to increase until we see more housing supply coming on to the market,” she said.