What If Mortgage Rates Rise? 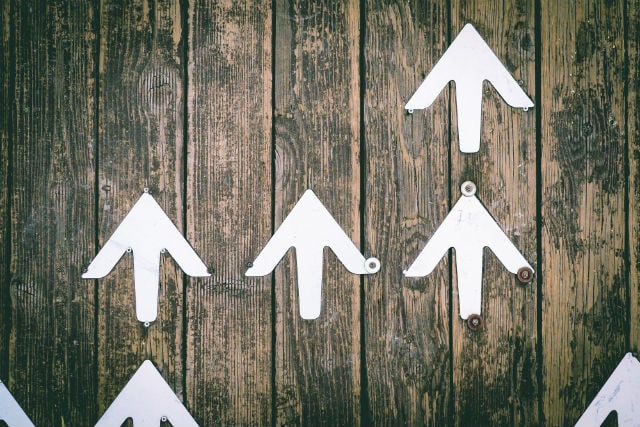 It’s been a very long time since an interest rate hike has happened. In fact, the last time the BoC raised rates was in September 2010. A lot can happen in seven years, so we don’t blame you if you forgot what happens if mortgage rates rise. Here’s a refresher:

If you already have a mortgage

There are a few possible scenarios for you if you already have a mortgage. Let’s start with the simplest scenario. If you have a fixed-rate mortgage, nothing will happen.

That’s it. Fixed rates are locked in for the entire mortgage term—most commonly five years. Your rate is guaranteed not to change in that time regardless of what happens in the market.

If your fixed-rate mortgage is up for renewal soon, you can rest easy because fixed mortgage rates are influenced primarily by bond yields, not the prime rate. And today’s best mortgage rates—fixed or variable—are substantially lower than they were five years ago. There’s a chance fixed-rate mortgages could rise, but not as a result of anything happening at the BoC.

If you have a variable-rate mortgage, however, you will be affected by a change in the prime rate.

If the prime rate goes up, you’ll pay a greater amount of interest on the outstanding balance of your mortgage. In some cases, your monthly payment will increase to cover the additional amount. Let’s take a look at an example:

If you have a variable-rate mortgage and you’re concerned about your ability to handle higher payments if rates go up substantially, you might consider talking to your mortgage broker about switching to a fixed-rate mortgage. You’ll pay a higher mortgage rate up-front, but you’ll be protected from further rate increases in case rates spike over the coming years.

If you’re shopping for a first home

If you’re a first-time homebuyer with a down payment of less than 20%, you can rest assured that your mortgage affordability will not change—at least not the maximum amount you can borrow.

That’s because your maximum affordability is usually based on the Bank of Canada’s benchmark qualifying rate, which is an average of the big banks’ posted five-year fixed rates. It’s currently at 4.64%—much higher than the rate a vast majority of Canadians should expect to pay.

Even though the maximum amount you’re allowed to borrow may not change, you will want to consider how your variable-rate mortgage payment will change if rates go up because rates could rise at any time over the course of your mortgage.

Odds are interest rates will go up at least a little bit over the next five years, so you should be prepared for your payment to increase if you choose a variable-rate mortgage. However, variable mortgage rates have historically trended lower than fixed rates over the long run. Even with the example above, the full percentage point rate hike to 2.75% wouldn’t be that much more than the best rate for a new five-year fixed mortgage today. And depending on how long it takes rates to rise by that amount, it could still work out that you pay less interest by choosing a variable rate. The choice between fixed and variable is a matter of your personal comfort.

Historically, the BoC has raised and lowered rates in increments of 0.25 percentage points, and the banks have adjusted their prime rates in lockstep. However, there have been exceptions to this rule in the last few years.

Chances are, if the BoC announces an interest rate hike on July 12, variable mortgage rates will increase by 0.25 percentage points.

But whether a rate hike is actually going to happen is also an important question. There are some analysts who don’t think an increase will come until much later this year, if not 2018.

Throughout the last several years, the BoC has stuck to one important metric: Inflation. The BoC’s mandate is to keep an inflation target of 2%, and in the past the bank has rejected calls to move interest rates for other reasons. All other economic indicators aside, the decision will come down to whether the BoC believes an interest rate hike is necessary to hold inflation to its target of 2%.

Regardless of what happens, your best defense against rising mortgage rates is to know your options and be prepared. If you’re worried, talk to your mortgage broker about how your mortgage payments would be affected by a rate hike, and what your options are for locking in a fixed rate.