What Comes to Mind When You Picture Your Dream Home? 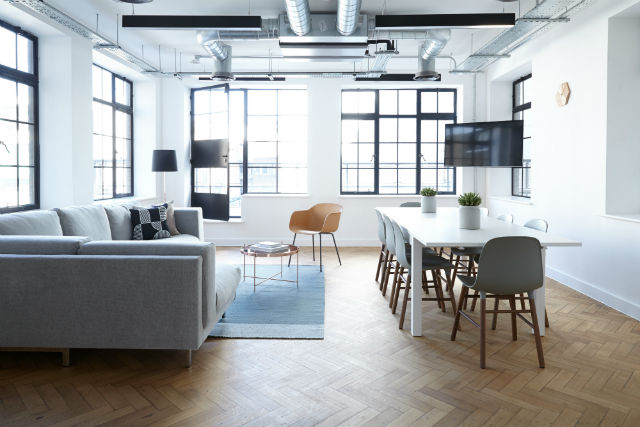 When thinking about your dream home, is it a sprawling detached house with a large leafy backyard, white picket fence and attached garage? Or is it an Instagram-worthy loft with exposed brick walls and towering 17-foot high ceilings?

If the latter gets you giddy and eager to start perusing properties online, there are a handful of options in Toronto. Last year, more than 900 loft-style condominiums were sold through the MLS system, roughly 4% of the city’s total high-rise market.

For buyers keen on moving into a loft, it’ll quickly become evident that not all lofts are created equal, however. While many boast rustic and authentic industrial finishes, others look more like run-of-the-mill condos just with higher walls, bigger windows, and perhaps a concrete ceiling.

That’s where the importance of understanding the difference between hard and soft lofts come into play.

Hard lofts, which are also known as industrial lofts, are buildings that originally functioned as a factory or manufacturing space and later adapted into residences. Given hard lofts started off as commercial spaces, they tend to boast finishes not found in typical condos—including real exposed beams and brick walls as well as tall ceilings that are as much as 17-feet high.

Hard lofts also feature completely open-concept floor plans, meaning little to no interior walls or narrow corridors like those found in typical condos. Some real loft conversions don’t even have separation between living spaces and the bedroom, with sleeping spaces closed off by a partition.

Candy Factory Lofts in Queen West is arguably Toronto’s most famous hard loft and dates back to the 1930s. In its past life, the building served as a factory for the Ce De Candy Company (hence its name), producing famous candy like Rockets.

Toy Factory Lofts at 43 Hanna Avenue in Liberty Village, is another noteworthy Toronto hard loft. The 105-year-old building first functioned as a paper factory before changing ownership and becoming The Irwin Toy Factory—producing childhood staples such as Hula Hoops and Slinkys.

Soft lofts, on the other hand, are new or recently constructed residences that for all intents and purposes are conventional apartments except for the fact they mimic several qualities of a genuine hard loft.

Tall ceilings that climb higher than the typical eight to nine feet, exposed piping and polished concrete columns are all commonly found in these new lofts.

Unlike hard lofts, soft lofts never previously operated as industrial spaces but were always built with the purpose of serving as places to live. The benefits of soft lofts include modern amenities, and often, better locations, as developers have the choice of breaking ground anywhere rather than being stuck in one address and renovating an existing building.

Popular soft loft condos include the likes of 75 Portland in King West, Mozo Lofts in Toronto’s downtown east, and the Annex Loft Houses.