The Government of Ontario has announced a number of housing measures in an attempt to cool down the hot housing and rental markets in and around Toronto.

The province will introduce a 15% non-resident speculation tax (NRST) on non-Canadian citizens, non-permanent residents, and non-Canadian corporations buying residential properties with one to six units in the Greater Golden Horseshoe (GGH)—including the Greater Toronto Area, Kitchener-Waterloo, Barrie, Orillia, Niagara, and Peterborough. The NRST will be effective Apr. 21, upon the enactment of the amending legislation.

Map of the Greater Golden Horseshoe 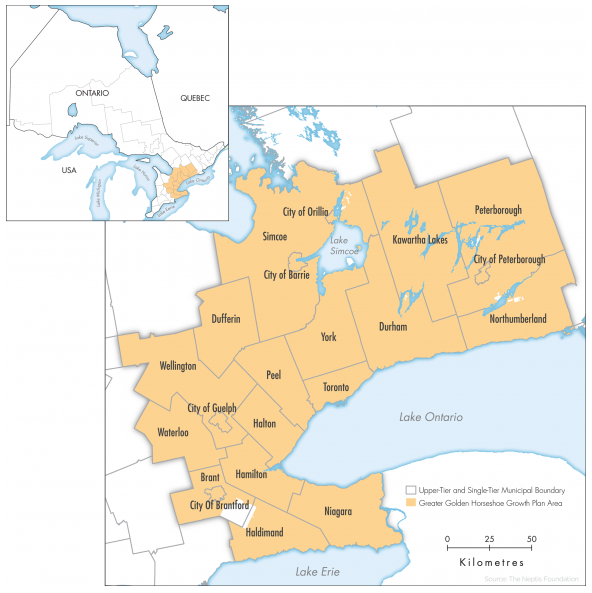 “Refugees and nominees under the Ontario Immigrant Nominee Program would not be subject to the NRST,” the government says. “Subject to eligibility requirements, a rebate would be available for those who subsequently attain citizenship or permanent resident status as a well as foreign nationals working in Ontario and international students.”

To protect renters, the government will expand rental control to all private rental units in the province, including those built after 1991. Rental costs can only rise at the rate posted in the annual provincial rent increase guideline. The increase is capped at 2.5%. Legislation will be introduced, that if passed, will enact this change effective today. The government will also introduce legislation to strengthen the Residential Tenancies Act to further protect tenants and ensure predictability for landlords.

To increase housing supply, Ontario will work with municipalities and other partners to identify provincially owned surplus lands that can be used for affordable and rental housing development. The government will also introduce legislation to empower the City of Toronto and potentially other municipalities to introduce a vacant homes property tax.

“I am pleased that the government will activate surplus provincial land like the West Don Lands to create new affordable housing, something I have been urging the premier to do for some time,” says a statement from John Tory, mayor of Toronto. “I’m also gratified that the provincial government will allow the city to move forward with a vacant homes tax, subject to the results of our examination, and other measures to curtail speculation and add new supply into the marketplace right away.”

The province will also ensure that property tax for apartment buildings is charged at a similar rate as other residential properties. And it will introduce a $125-million program to encourage the construction of new rental apartment buildings by rebating a portion of development charges.

“This plan balances those needs to stabilize the market and prevent a sharp correction that would be harmful to everyone,” says Ontario Premier Kathleen Wynne.

Other measures announced include: