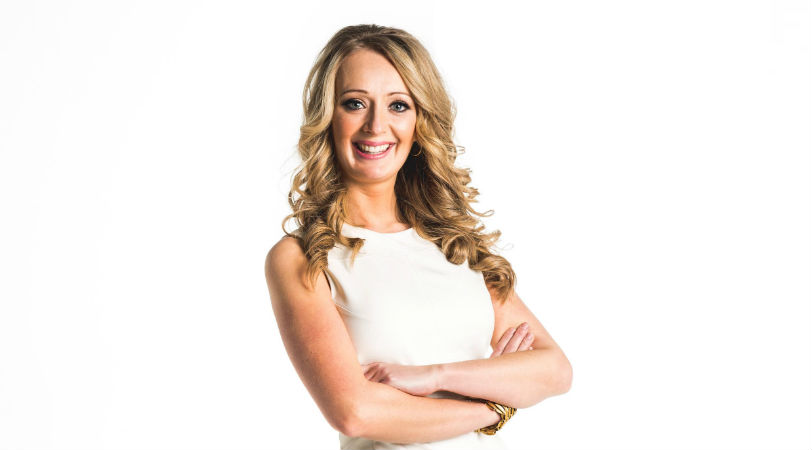 Lesley-Anne Scorgie is passionate about money and personal finance. At the age of 10, she started to invest the money she earned through babysitting. Initially, Scorgie purchased Canada Savings Bonds and then started buying mutual funds when she was 14.

She began to share her financial knowledge by teaching her high school business class about investing. And at 17, Scorgie appeared on an episode of Oprah called Ordinary People, Extraordinary Wealth. Today, she’s the author of three personal finance books and runs MeVest, which offers money coaching for Canadians.

I had a chance to speak with her when she was in Toronto recently to promote her latest book, The Modern Couple’s Money Guide.

Q. What made you write this book?

Lesley-Anne: Personally, I grew up with very little money in my household and I saw the stress that it caused my family—my parents in particular. In my work with couples and coaching, over the years it has become very apparent to me that conversations around money management are not coming easy and they’re not happening in advance of in forming a formal union with someone. Therefore, down the line surprises come up. When I say surprises, I’m talking about bad credit scores, hidden credit cards, just overlooked amounts of debt. Things that we think aren’t comfortable to talk about when dating but they should really be happening within the first three dates to see if you’re aligned. I fundamentally believe—and the statistics show it—being on the same page financially is just as important as being on the same page personally because everything you choose to do with your money is a reflection of your value system.

Q. Why do you think couples have such a hard time talking about money?

Lesley-Anne: First off, I think it’s probably socialization. We don’t talk about it in the home so why would we talk about it with a potential intimate partner? Second, it can be uncomfortable. Third, for most people it’s kind of embarrassing. People never want to admit that they have less than they do. Or in some cases, that they have more than they do because it attracts different outcomes.

Q. What advice do you have for couples?

Lesley-Anne: First three dates, you’re having some kind of financial conversation. And I’m not talking about: “what is your credit card balance?” I’m talking about: “I’m a big spender, how about you, are you a saver or a spender?”

The second thing is a budget. A budget is a tool to hold couples accountable. It’s an overlooked tool. If you don’t have one, you have no plan with each other. And you have nothing to hold each other accountable to.

Swapping [financial] chores is my last tip. And I mean everybody in the household needs to perform all tasks. The alternative is that you and your partner end up in a situation where one of you is unable to do a particular task. I’ve seen it over and over again where one of the spouses is unable to perform basic calls with the broker, negotiate an interest rate. This stuff matters and everyone needs to be capable of doing it. You don’t need to always swap. Some of us are better at certain things than others. Some people are better at saving money better on groceries than negotiating for a car purchase. That’s cool, play to your strengths but under no circumstances, especially for women in particular, should it be deferring to one partner or unable to perform the task, including if you don’t like the task.

Q. Why do you think people can’t manage their money?

Lesley-Anne: I think it starts with we don’t talk about it. We spend tons of time in school learning schools that aren’t relevant to the real world. And I always use this example of about making volcanoes with baking soda and vinegar but we don’t talk about the perils of carrying a credit card balance.

We’re completely mobile now, we have Apple Pay. We have disassociated a generation with physical cash and that is problematic because studies show that without reaching into the actual wallet and pulling out the cash or pulling out your card and putting in the PIN, you have no real idea of what is going in and out of your bank account every month. It takes an incredible amount of discipline, far more in generations before where the physical cash rather than credit was what dominated the spending behaviour.

Q. Why aren’t people interested in learning about money and investing?

Lesley-Anne: I think there’s a perception that it’s boring and that it’s restrictive. I disagree. I think that if we talked about it a little bit more, it wouldn’t be boring. I think people shy away from money an investing because they’re scared and they don’t know. That is controllable. And that’s the cool part about it. In a lot of cases, there are things that you don’t necessarily know that you can’t control. But this is something you can control and once you get going on it, it is really fun to make money. It is really fun to keep your money. It is really fun to use that money to enhance your life. It is ability to control your outcome, which is so awesome and so powerful and exciting.

Q. What’s your opinion on the fear of missing out (FOMO) phenomenon?

I get it. I understand it. I think I live a life where I could probably save a lot more but I love to travel. I will not shy away from going and finding myself some nice things from time to time. Everything’s a trade off. The way I like to think about it is if you saved your 10% to 15%, do whatever you want. If you haven’t done that, you don’t want to be falling down the FOMO path.

Q. What made you learn about money?

Fear of not having it. I was always terrified after watching how hard it was for my family. And once I realized I could make my own. Literally at 10 years old when I realized I could make money babysitting, and then having a lemonade stand, I can do this. I can have a different outcome. I didn’t know how to articulate it at the time. I just knew I had options. Fear also drives planning for me and therefore I think early I probably had some anxiety about not having enough and overdid it. Now I’ve reverted almost to the opposite where I really try and have a broad framework but I try not to over plan because I really want to enjoy a lot more of what life has to offer.

Q. Why did you start MeVest?

There was a huge gap in the market. Nobody wants the millennials because they’re broke. I do, I love them, they’re great, I am one. I get what’s going on for them. We offer such great value to our clients. This is about education. It’s not about selling products. It’s about helping feel confident about their money.

Lesley-Anne: I’m actually in this funny phase right now where I try not to over plan too much. MeVest is obviously a big part of what I think is next. I kind of want to enjoy life a bit more. I’ve been going at warp speed since I was 10.