GTA in the Midst of July Sales Slump: TREB 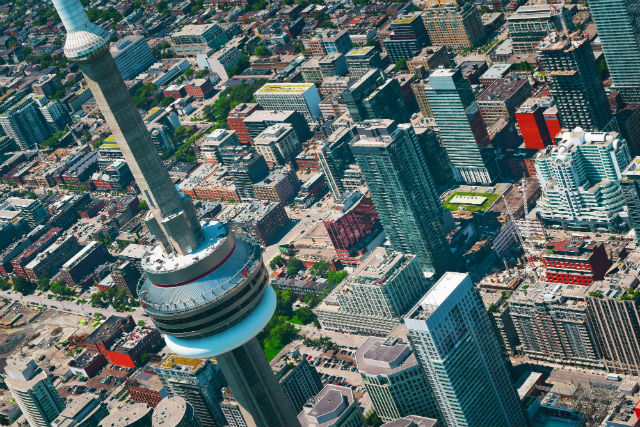 It’s official—we have a downward trend in the Greater Toronto Area housing market, as July numbers from the Toronto Real Estate Board (TREB) reveal sales plunged for the third straight month. A total of 5,921 homes were sold in July, a 40.4% decline from last year. Month over month, sales fell 25.7%.

Lauren Haw, broker of record at Zoocasa Realty, says this month’s downturn has been more pronounced than recent years. “The typical month-over-month decline from June to July is 15%, this year we saw a 30% decline in the same period, indicating an increased velocity in the slowdown,” she says.

However, she adds that as the slowdown is coming off of incredibly tight buyer conditions in 2016 (the hottest year in history for GTA real estate), the market is returning to balanced territory, and that buyers can afford to be a bit pickier. “Good homes are selling quickly, sometimes still in multiples. The less-than-ideal properties are sitting on the market at unrealistic prices. This demonstrates a perfectly balanced market.” That’s a much-needed sigh of relief after a year of harrowing bidding wars and runaway listing prices.

But affordability hasn’t improved much; the MLS Home Price Index rose in the double digits across the TREB region, rising 13.96% in Halton (home to the Hamilton real estate market), 20.88% in Durham, 18.73% in Peel, and 20.1% in the City of Toronto, as seen below:

It should be noted that sellers also appear less panicked, as new listings for sale slowed from a whopping 42.9% in May (the month following the announcement of the Ontario Fair Housing Plan), to a 5.1% bump last month—indicative that current sellers are either choosing to pull them from the market, or wait to list altogether as the trend plays out.

Fewer listings, combined with piqued buyer interest, could actually start to tighten the market again sooner rather than later says Jason Mercer, TREB’s director of market analysis. “Homebuyers benefited from more choice in the market this July compared to the same time last year,” he adds. “This was reflected in home prices and home price growth. Looking forward, if we do see some would-be home buyers move off the sidelines and back into the market without a similar increase in new listings, we could see some of this newfound choice erode.”

September to reveal extent of trend

While there’s no denying new housing rules have thoroughly shaken up the market—TREB president Tim Syrianos even went as far to say the sales downturn is “more to do with psychology”—the fact that July tends to be a quieter month could be skewing the extent of the issue. Both Haw and TREB CEO John DiMichele say more will be revealed after Labour Day—if sales continue to slump through the typically active back-to-school season, we’ll know a bigger problem is afoot.

“We have to take into account that we’re in the height of summer when we do traditionally see a slowdown, as well as the fact that sellers are still waiting to see what happens following the regulatory measures imposed by the government in the spring,” adds Haw.