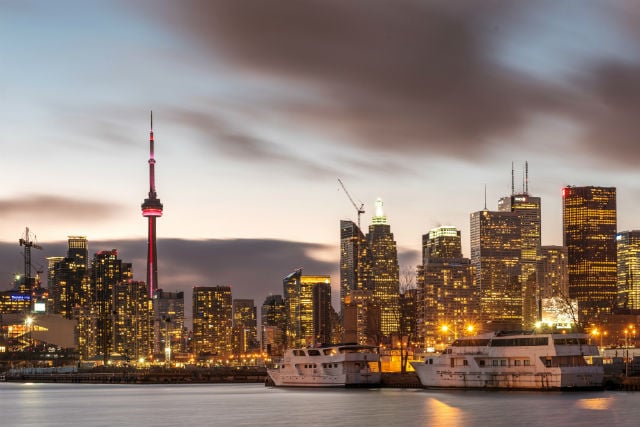 The Greater Toronto Area (GTA) housing market continues to slow down in May, a decline that hasn’t happened in many years, despite the flood of new listings, a Toronto Real Estate Board (TREB) report reveals.

The TREB May resale numbers show that GTA sales dropped 20.3% year over year to 10,196 units. Conversely, active listings—or the number of properties available for sale at the end of May—climbed by 42.9% to 18,477 listings, compared to the record low of 12,931 listings one year earlier.

What remains to be seen is if the increased choice for buyers is due to sellers cashing out of a cooling market or if a shift has been instigated by the new provincial real estate policies in an effort to stabilize red-hot housing prices, the TREB report indicates.

What is clear is that home buyers definitely benefited from a better-supplied market in May, when compared to the same time last year and the first four months of 2017. Even with the healthy increase in active listings, however, inventory levels remain low. “At the end of May, we had less than two months of inventory,” states TREB president Larry Cerqua. “This is why we continued to see very strong annual rates of price growth, albeit lower than the peak growth rates earlier this year.”

Selling prices continued to increase strongly in May, compared to the same month in 2016. The MLS HPI Composite Benchmark price was up by 29% year over year. The average selling price for all home types combined for the TREB market area as a whole was up by 14.9% to $863,910. Year-over-year price increases were greater for Toronto condos and Mississauga condominium apartments compared to low-rise home types. This contrast likely reflects the low-rise market segments that especially benefited from the increased listings.

Read: What is the Cooling-off Period?

“The actual, or normalized, effect of the Ontario Fair Housing Plan remains to be seen,” says Jason Mercer, TREB’s director of market analysis.

“In the past, some housing policy changes have initially led to an overreaction on the part of homeowners and buyers, which later balanced out,” he adds. “On the listings front, the increase in active listings suggests that homeowners, after a protracted delay, are starting to react to the strong price growth we’ve experienced over the past year by listing their home for sale to take advantage of these equity gains.”

The market always experiences a flood of listings between March and April, but available homes for sale during that time period this year rose 27%, before increasing a further 19% from April to May. Sales, meanwhile, fell 4% from March to April and 12% from April to May.

In the detached market, listings surged 32% in April, before lessening to a softer, but still high, 18% in May. The last time the detached segment fluctuated this much was in 2013 when listings grew 28% and 6%, respectively. Not unlike what’s happening to date, the 2013 market was significantly impacted by immense changes to mortgage qualifications. These alterations knocked many first-time homebuyers out of the market, while sellers hastened to list.

The difference between 2013 and today, however, is that sales kept pace, increasing 31% and 5%, respectively. In contrast, sales fell 3% in April and 17% in May of this year, with prices down by 5%.

The condo segment, while not as dramatically impacted, has still undergone some softening, with 15% new listings in May, 5% fewer sales, and prices down by 2% across the GTA.

Experts note that, although buyers have greater choice with recent increases in inventory, the GTA market still remains firmly in sellers’ territory. However, given buyers’ move-in-ready expectations, buyers are less likely to overlook the condition of the home, pressuring sellers to focus on impressive marketing and ensure their home is in a turn-key state, in order to gain optimal sale results.

This article was written by freelance writer Sheila O’Hearn on behalf of Zoocasa, a real estate brokerage in Toronto.