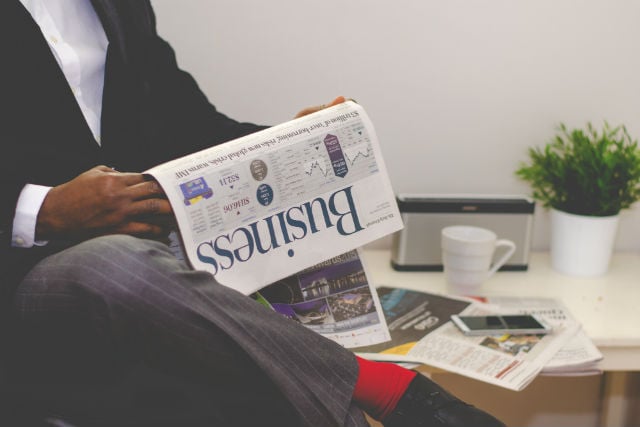 The rule of thumb for investors is to be wary of putting your money into fixed-income investments in the current market.

But, in fact, you still might need to hold interest-bearing vehicles, such as GICs, anyway. Perhaps you want to diversify your portfolio. Or you could be approaching retirement age and are increasingly risk adverse.

So consumer demand for fixed-income investments might remain strong even as interest rates appear ready to jump. Thus, you can’t ignore these investment options.

Choosing the proper investment in this category, however, does get trickier in the 2017-18 fiscal environment.

Take GICs and bonds. To less financially literate types, choosing between these two is a bit of a shoulder shrug: It doesn’t matter which you pick because they seem to be the same.

That’s not how the savvy investor sees the world.

A GIC is basically where you lend a bank, trust company, or some other financial institution an agreed-upon amount of money for a set period of time at a particular interest rate.

A minimum investment might be $500 to $1,000 although you can put more cash into GICs. The length of time the bank holds your money can vary from 30 days—usually for large cash accounts—all the way up to seven or 10 years. The longer the term, the better the rate you get on your GIC.

As with other investments, it’s important that people shop around before buying a GIC. That’s because the rates can vary substantially between institutions.

There’s a win-win for investors: GICs are generally guaranteed by the Canada Deposit Insurance Corporation (CDIC)—but only if they have a term of five years or less and they’re Canadian-dollar GICs (foreign currency deposits aren’t insured).

Thus, in most cases, the GIC’s principal is rock solid as is the rate you get on the investment. They don’t change.

Because the interest rate is set, you could wind up losing money in real terms if the inflation rate is higher than your GIC return. Say GIC rates are 2% and the annual rate of inflation is 3%. The real purchasing power of your investment will fall by 1%.

In addition, GICs aren’t often easily redeemable (if you buy non-redeemable GICs) and, if you can cash them in, you might pay a hefty penalty.

This is another type of debt instrument and acts like an IOU.

You lend a company or a government money and it promises to repay you the principal back with interest.

Now, some bonds have terms similar to GICs although the years can stretch into decades for bonds. And, again, the longer the term the better the coupon rate you get.

Bonds, however, come in an almost endless variety—convertible, high-yield, inflation-indexed bonds and the like.

They also face more risk than GICs—both in terms of interest rates rising or falling and in terms of corporations failing.

Bonds are debt-based securities. That means the bondholder is higher up the security chain than, say, a shareholder or supplier if the company files for bankruptcy.

You can also sell your bonds before maturity in a secondary market. There isn’t an early-bird penalty like there is with GICs.

That ability to sell, in turn, means you don’t have to hold bonds that are falling in value. Instead, you can take a loss by dumping the money-losing bond and buy one with better conditions. You still lose value with the original instrument, but you don’t hold the investment until it matures in a few years.

You can lose money on your bond’s principal when you sell. Since bonds with a low coupon rate are worth less in a time of rising interest rates, the price of the bond—usually expressed as a dollar value above or below $100—drops. That means what you bought for $100 can only be sold for, say, $95.

So financial predictability is not one of the bond’s strong points, at least as compared to GICs.

In anticipation of higher interest rates, investors might consider laddering different maturities for either bonds or GICs.

An investment ladder works when you split the amount you plan to invest in equal amounts and buy bonds or GICs with various due dates.

When the first $10,000 worth of bonds come due, you take that cash and buy $10,000 in new five-year bonds. You repeat the process as long as you feel comfortable.

The advantage here is that each year you have a slice of cash freed up to take advantage of higher interest rates without gambling the value of your bond or GIC holdings on a single maturity date.

The case for GICs

Choosing between the two—bonds and GICs—depends upon an individual’s circumstances.

Basically, older investors or those who are particularly risk-shy should look at GICs in some sort of laddered array.

Read: Should I Get a GIC With a Bank or Credit Union?

That maximizes the big appeal of GICs: What you put in, you’ll get out plus the attached interest rate. You’ll be certain of getting a certain nugget of money at a particular date.

In addition, as the market anticipates increased borrowing charges, rates for GICs are now equal to or in excess of those for bonds.

The case for bonds

If you think you might need the invested cash down the road, then bonds—with a well-established secondary market—are probably more your style. You might lose some money in the sale. But at least you can get your cash out.

As an extra, you can play around with investing in various types of bonds.

For example, corporate bonds have higher yields than government issues. Some companies that carry a lot of debt are riskier because there’s always a chance the company will go bankrupt. But you’ll get a higher rate of return on your investment.

Read: Best Uses for a GIC

GICs generally don’t have such flexibility.

You might want the stability of a bond but invested over 20 years or so. You can do that with bonds, especially corporate issues. GICs generally don’t have that long a shelf life.