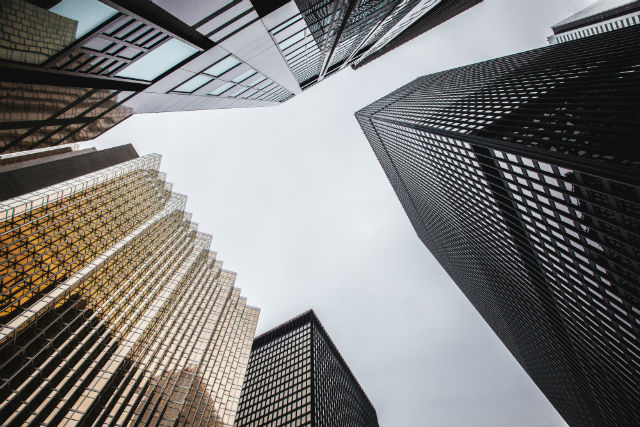 Looking around for better interest rates on fixed-income instruments might seem like trying to discern shades of white paint: Only an expert can spot the difference.

In fact, you can find yourself richer when you break away from your basic bank and look to smaller financial institutions as a place to buy GICs.

That’s because these companies, including credit unions, often offer higher rates for the same, or similar, investments than the big banks.

There are a variety of reasons for this trend. But investors can accumulate significant financial rewards by looking at smaller institutions or outside the usual gaggle of chartered banks.

Read: Should I Get a GIC With a Bank or Credit Union?

So shopping around does pay. But why the different rates?

At first blush, you might think larger banks—with their access to buckets of cash—would offer investors better interest rates. But there are some reasonable reasons why that isn’t the case.

Inertia—People usually figure banks do offer the best value and, as a result, generally stick with the institution they have dealt with for years rather than seek out competitors. That’s why your independent financial planner is always pestering you to at least click on the websites of some other financial firms.

Security—Consumers often believe that banks are the most secure places for their cash. Thus, catastrophic losses are extremely unlikely. And it’s true that these institutions are covered by the Canada Deposit Insurance Corporation (CDIC). But so are smaller banks. And comprehensive provincial rules regulate various credit unions and, in some cases, result in superior protection for consumers than the CDIC.

Market requirements—Depending upon its business strategy, a larger bank might not want the extra deposits that would result from posting higher interest rates on their GICs or savings accounts. For example, banks make money from a number of business lines, not just lending out deposited money. So, the bank might not want to boost the lending side of its business and will have little interest in attracting more cash. Thus, paying a lower, rather than higher, interest rate actually might fit the bank’s corporate strategy more closely.

Differing strategies—This relates to credit unions, non-profit entities in which customers are owners, similar to co-operatives. In that framework, some credit unions might hike interest rates on their investment vehicles as a way of giving money back to their customers, who double as the institution’s owners. Think of that plan as a share buyback program for credit unions.

Different instruments—Insurance companies sell a fixed income vehicle called a guaranteed investment account (GIA). It looks and smells like a GIC but has some added advantages, such as redeemability, where the certificate can be cashed prior to its due date unlike non-redeemable GICs. To get consumer interest in this instrument, however, insurance companies offer higher rates on the GIAs than bank-issued GICs. Here, you get a higher payout for something similar to a GIC.

Myths in finance are rarely true

People grow up with a lot of myths about their finances: Buying a home is always better than renting, investing in gold is safe, or carrying a small balance on your plastic will improve your credit score.

Some principles have some truth at some time. But you still need to look around to make sure they fit your circumstance. And that’s true here. Banks are good for some things, just maybe not for your GIC cash.