Should you buy a used or new car? How insurance may help you decide 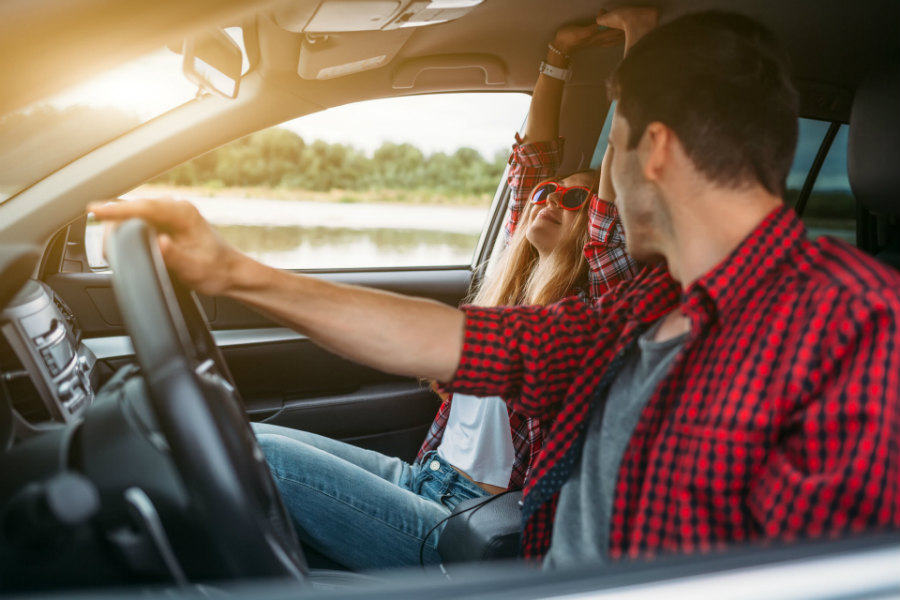 Deciding whether to buy a new or used car can be a tough decision. Insurance costs can make the choice a little easier, though. While exciting features on new cars like Apple Carplay are enticing, don’t get caught up in shiny object syndrome. If you’re trying to find an affordable car, understand your budget and work within it – let’s look at how insurance costs vary between a used and a new car and how you can use it to evaluate your car purchase. Let’s cover some basics first.

What can you afford?

But that doesn’t mean you can’t find a brand new car or used car within your budget. Your budget is there to help you start your search, like setting up goal posts from which to aim

How long do you plan on owning the car?

If you want to own the car awhile, a newer car might make sense. This way, you can avoid any expensive maintenance. If there is still a warranty on it, that’s even better. However, a new car suffers from immediate depreciation, so a new-to-you car is a smart idea because it can save you about 20% off the brand new price.

Visit Ratehub.ca’s car buying guide: How to buy a car

Car insurance for a new car

A new car is more expensive to replace than a used one, and your insurance premiums will reflect that. If your brand-new Honda Civic is stolen, your insurance company has to cover over $20,000 to get you back into that car. A used car at half the price costs less to replace and so less to insure.

New cars are equipped with increased safety features, which can reduce your insurance. Insurers reward safety.  Car manufacturers are adding a bevy of attributes like brake mitigation, lane assist, and cameras to help create safer roads for everyone. The new technology, though, is expensive to replace creating the opposite effect which could increase your insurance premiums. For instance, a bumper used to cost $500 to replace, but that was a simple piece of fibreglass. Now that the piece of fibreglass has lasers, cameras, and sensors built into it, it’s much more expensive to fix.

If you lease your new car (because the monthly payments are less), know that some insurance companies will want extra coverage beyond the bare minimum. For instance, if you’re shopping car insurance quotes, you can opt for the minimum third party liability of $200,000, and not add on collision or comprehensive. However, a lender may require a minimum of $1 million in liability and may insist collision, and comprehensive be added to your car insurance policy increasing your costs.

Car insurance for a used car

According to Car Gurus, a fair deal on a 2010 Honda Civic is only $10,000. At half the price of a new Civic, your insurance company will reward you with a cheaper car insurance premium.

Often, you can buy a quality older car for the same price as a brand new, budget car, but you need to understand what you’re giving up. For instance, a 2010 Civic does not have some of those new safety features like vehicle stability assist, forward collision warning, or adaptive cruise control like it’s 2019 version. You may also be stuck without an aux input or Bluetooth connection on an older car. (Break out the book of CDs)

With an old car, you can often skip the collision and comprehensive coverage, saving you money on car insurance. Collision protects your vehicle in an accident, comprehensive insurance protects your car from theft, weather, or times when it’s not driving on the road. Drivers will often forego these costs on a used car and opt to repair or replace the automobile at their own expense should it be needed.

If you’re on a budget and looking to save money, you’ll probably buy a used car, but let’s practice due diligence. It’s time to compare car insurance quotes from different providers.

Here’s the thing, if you’re looking for the best car insurance companies in Canada, know that you’ll get a list of customer service ratings. The problem with that is each car insurance company evaluates a multitude of factors differently to determine how much your premiums will cost you. Since they each value those factors based on their own data or business goals, you can’t know which insurer will charge you what price. Some of those factors are your driving history, your age, and of course, the model of your car.

To evaluate insurance based on your car alone, the Insurance Bureau of Canada publishes a guide called “How Cars Measure Up.” It’s a list of cars, trucks, and wagons and how many collision claims, comprehensive claims, direct compensation property damage (DCPD) claims on any given vehicle. The more claims on a car, the more you’ll pay for insurance. By using this list, you can get an idea of which car may be cheaper to insure.

To give you a clear picture, I decided to develop a list of the cheapest used cars to insure in Ontario. To do this, I used IBC’s guide to find the cars with the fewest claims against them. I filtered the excel page for used 2010 cars only – eliminating trucks, vans, or wagons.

I also wanted to look at the top selling cars in Canada as of 2019 and cross reference it against the list of the cheapest cars. The Honda Civic is always a top-selling car, but it did not perform well on IBC’s guide. I put it in the list though strictly based on its popularity.

Then, I used our car insurance calculator to get Ontario car insurance quotes to see which of the top selling cars with a good insurance track record had the cheapest insurance. To isolate the insurance costs strictly on the car, I used a control subject – a 35-year-old male with a clean driving record living in Ottawa who commutes to work and drives about 10-15,000km every year. We’re going to go with a standard insurance policy with collision, comprehensive, and $1 million in liability. Obviously, if we went to the minimum on the used car (as discussed earlier), we’d save even more.

Here is the list of the cheapest used cars from 2010 to insure in Ontario:

The most interesting thing I see across the range of chosen cars is the low percentage of changes from old to new. But the factor I can’t control when comparing used vs. new is a model change. Volkswagen in 2010 was all about Turbocharged Direct Injection (TDI) whereas in 2019 its’ about its Turbocharged Stratified Injection (TSI) which in its essence is an upgrade on technology.

Our testing reveals the new car still costs more to insure than the used car with the same policy. If we went to a minimum policy on the used car (as many experts will suggest), you’d save even more money.

Should you buy a new or used car?

Insurance is one factor, and it can be significant. However, a used car is often past its warranty and will require maintenance. The rule of thumb is to set aside $100 per month for the repairs for a used car.

You’ll also want to check a used cars history. The Insurance Bureau of Canada maintains a VIN Verify service that can help you check if any car, truck, or van has ever been reported for flood damage or ever listed as non-repairable. You can also use an online vehicle history tool like Carfax, which can reveal important details about a used car’s past.

Add to that a used car could cost you double in gas charges with new cars’ fuel economy.

Personally, I bought a slightly used car. It was 2 years old, still had a bit of warranty on it, and it test drove well. I bought it from a dealership. I switched from a compact car to a crossover, and my insurance went up by $20 per month, but that’s another story.