What are digital wallets? 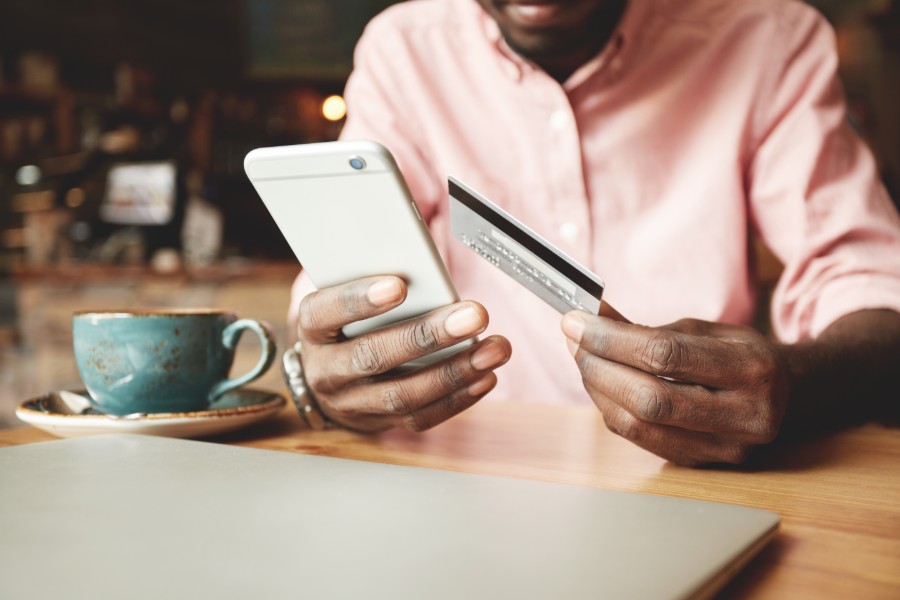 Out with the old and in with the new. No one wants to be George Costanza in 2020, with a wallet so full of useless papers, cards, and foreign money that it’s bursting at its leather seams.

Don’t you think it’s time to ditch the wallet and embrace the future? Or at least pare it down and move some of your financial necessities to a digital version? Introducing the digital wallet.

What is a digital wallet?

A digital wallet, electronic wallet, e-wallet—whatever you want to call it—is a way to digitize all (or some) of your financial necessities. Those necessities you can now store on your electronic device – usually your smartphone.

Got a bunch of credit cards, bank cards, tickets, and boarding passes? Store all that information on your cell phone and easily access it from your device.

Think of it as swapping out your old school wallet for apps on your cell phone. Instead of using physical cash or cards, you tap your phone and use mobile payment.

There are several digital wallets available to you, depending on your cell phone of choice.

You can tap your cards at point-of-sale terminals to pay for anything from coffee to lunch, or anywhere that accepts Apple Pay. The confirmation of your identity is done by the phone’s fingerprint or facial scanner, arguably making it more secure than a credit card.

Google Pay supports the use of payment cards that have been stored on file with your Google Play account. It too can store boarding passes and event tickets.

Samsung Pay is an advanced digital wallet that with a simple swipe up from the home button, a security measure (pin, fingerprint, or iris scanner) you can tap to pay.  It’s similar to the others, in that it allows the storage of payment cards, but it also includes Samsung Cashback Rewards.

Banks, on the other hand, have not kept up.

CIBC was the first bank to launch a digital wallet, but have since let it fall to the wayside. They turn to Google, Apple, and Samsung to manage that technology. In late 2019, however, they were the first major bank to allow you to instantly add a new credit card to your digital wallet –  be it Apple, Google, or Samsung – without having to wait for one in the mail.

Scotiabank discontinued their wallet in 2019 and recommends its customers use Apple Pay, Google Pay, or Samsung Pay.  BMO has no digital wallet and similarly tells its clients to use Apple, Google, or Samsung.

RBC, on the other hand, offers RBC Wallet. It’s loaded with security and the tap to pay functionality you’ve come to expect. It also allows you to send an “e-gift,” which is essentially an email money transfer disguised as in tech-friendly wrapping paper. There’s also a group payment feature to manage those big restaurant bills or gifts shared among friends.

How do digital wallets work?

We’ll get into the security of mobile wallets below, but here’s a brief synopsis on how they work. The user stores their financial card information, various loyalty cards, flight boarding passes, event tickets, etc. on their digital devices.

They then tap or scan their device at whichever point-of-sale or scanning machine. That’s it. Instead of pulling out your card, you pull out your smartphone and pay.

How secure are digital wallets?

While no form of payment is 100% secure, digital wallets are thought to be one of the safer payment methods in 2020, on par with the security level of physical credit cards.

Mobile wallets use a system called tokenization to protect user data. Tokenization is a security measure that replaces your card information with a randomly generated number, or token, out of the card information you input into your device. This token masks your confidential financial info until it reaches its final payment destination.

Some mobile wallets also offer their own security measures.

Digital wallets around the world

If you think digital wallets are a fad and we’ll all resort back to our leather bound timeless leather, just wait. In countries around the world, more populous than Canada, but lacking the banking infrastructure, they are adapting at a significant rate as better and faster smartphones hit the market. The digital wallet is taking over in emerging financial markets. In India, PayTM, the largest mobile payment platform in the country, operates 200 million wallets. In Kenya, 67% of the adult population transfers cash using their cell phones, that’s over 17 million people. Digital wallets aren’t  going away, it’s simply a question of when you adapt.

While most people will opt for the digital wallet of their chosen ecosystem (i.e. Apple users will likely use Apple Wallet), it’s a good idea to check which bank credit and debit cards are supported by each. Especially if digital wallets are one of the primary considerations when purchasing your next phone.

And it isn’t an all-or-nothing proposition – most Canadians haven’t totally embraced the digital wallet revolution. While they may store their boarding passes, event tickets, and some credit cards on their phone, they still carry around a traditional wallet.

I know I do. My digital wallet does come in handy, though, when I forget my actual wallet at home.

categories: Personal Finance
tags:
What is the difference between a freehold and condo townhouse? Weeping tile: How they protect your home