The Stargazer’s Guide to TIFF 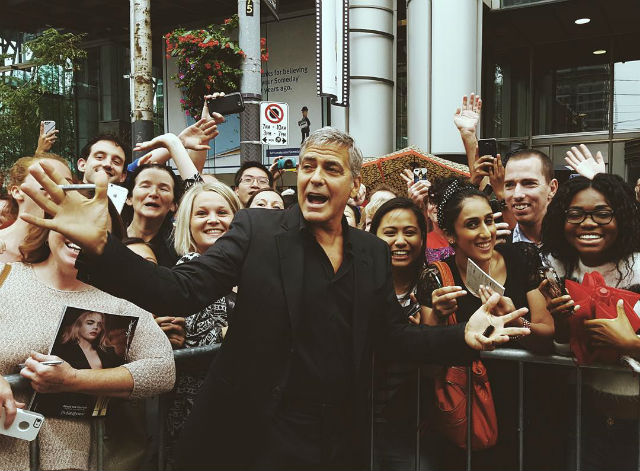 by Kerri-Lynn McAllister September 1, 2016 / No Comments

Next week, the Toronto International Film Festival (TIFF) will roll out the red carpet, and welcome filmmakers and industry bigwigs to our city. And yes, a slew of Hollywood celebrities, too!

TIFF has already unveiled the official film schedule, including a slate of galas and special presentations (i.e. premium screenings attended by the starring actors and actresses) and we can eagerly await megastars such as Denzel Washington, Woody Harrelson, Ryan Gosling, Nicole Kidman, and Emma Stone to show up.

Although there are multiple screenings of each film at the festival, it’s no secret that you’ll want to attend the premium screenings for guaranteed stargazing, and a chance to sit in on the Q&A sessions that follow the films.

Over the years I’ve navigated my way through the overwhelming ticket-buying process, lineups, red carpet schedules and scoping out the best spots in the city to maximize celebrity encounters. Here are my learnings—just in time for ticket sales!

This is the most expensive option but gives you first access to tickets, a charitable tax receipt, and other benefits throughout the year (if you live in the city). If you become a Contributors Circle (annual fee starting at $450) or Patrons Circle (annual fee starting at $2,000) member, you can buy ticket packages (sets of 6 to 10 tickets) one or two days before non-members, respectively. Package holders get first dibs on movie selections, with the exception of individual tickets purchases by Patrons Circle members. The Patrons are at the top of the food chain.

Another option is to find a member who’ll buy tickets on your behalf.

2. Get a Visa Infinite credit card

TIFF is one of the primary reasons I hold a Visa Infinite credit card. As you can see in the schedule below, cardholders get an advanced ticket purchase window ahead of the general public.

In previous years, there have been special screenings for cardholders as well as “skip the line” privileges at select venues for evening screenings. This year there will be a priority line and special lounge at the Elgin Theatre.

Finally we’ve come to the last and least expensive option, straight up stalking. Now that the film schedule has been released, you can plan out your red carpet watch (I may or may not have a Ryan Gosling signed copy of The Notebook from a “chance” encounter at a TIFF red carpet premiere).

You can also hit up local Toronto hotspots such as Soho House (membership not required to stand outside the doors) or the Shangri-La and Ritz-Carlton lobby bars, and restaurants Montecito or Byblos. Multiple outlets including Notable.ca will report on this year’s hotspots for celeb spotting closer to festival time.

Stalking can be hit or miss, as there will be large crowds and the celebrities don’t always stop for fan pictures and autographs. If you want the opportunity to ask Emma Stone how she rates Ryan Gosling’s kissing skills, you’ll have to bite the bullet and buy a ticket to their premium screening of La La Land.