Tackling the Last Taboo: a Q&A on Money and Relationships 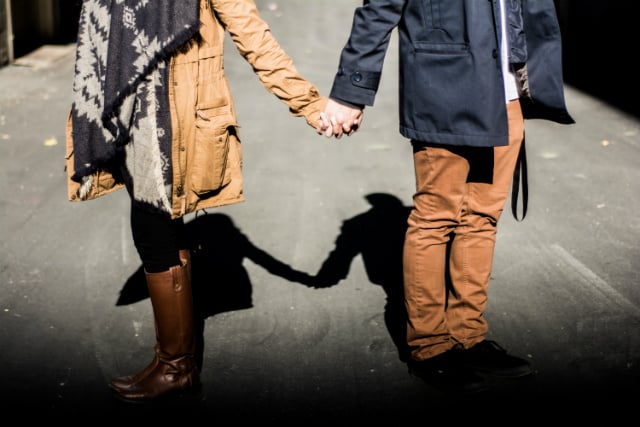 It’s a relationship taboo not even 50 Shades of Grey will touch: talking about money. Fighting about finances ranks right up there with infidelity as the leading cause of divorce. To untangle a tricky subject, Ratehub.ca spoke with Dr. Deborah Nixon, who earned her PhD researching trust in financial institutions and regularly writes and speaks on the entanglement of money and emotions. She is the Toronto-based managing director of Mandrake Human Capital, a human resources consulting firm, and runs workshops for women that examine psychological issues around money.

Jane Switzer: Why is money, spending, debt, such an emotionally charged area of relationships?

Deborah Nixon: Because money, as a symbol, represents so many things to people. To some people it represents power, success, and having arrived. For other people, it represents fear, poverty, and loss. If you grew up in a family that struggled around money, it represents one thing. If you grew up in a really affluent family, it represents something else. Culturally, we place people in different boxes of how we think about them in terms of their success – have they made it, have they not made it – according to how much money they have, or what they display. Part of that is why people get into such debt. Because they really buy into that whole concept that they need to keep up the image, they need to seem to be successful, and the way we express success is through the stuff that we have. Bigger houses, fancy cars, big vacations – all of this outward stuff that people then feel that they have to have.

So when couples argue about money, they’re not really arguing about money?

Totally. Within a relationship, often the arguments are about power and control. The person who controls the money has a lot of power in that relationship. You see it when relationships break down. The threats of “I’ll take this away, I won’t give you the money, I’ll hide the money.” You see it in divorce a lot a lot. You see it when people fight over stuff in a divorce. It’s silly, but it’s like that thing becomes important to somebody else you’re fighting with, so you’ll use it as a way to either get back at them, to punish them, or to gain control over them.

Fighting about money is widely cited as the biggest predictor of divorce. Is that true?

Totally, because it’s a symbol of all kinds of other stuff that’s going on in your relationship. It’s the most visible evident symbol for a lot of people where power lies.

Let me give you an example. I have a situation where there’s a couple in another city, and she’s really the big breadwinner. She’s got the big job, she’s just been offered a role as a CEO that requires a move. Her husband is in sales, so obviously a lesser power position. And she really struggled about accepting this job that required the move because it was great for the family financially, but the concern about how will the husband see himself in terms of a power dynamic in that relationship. All about her wanting to protect his ego because even though they’ve had this situation for years, she’s always been the big earner, she’s been the more ambitious person. At the end of the day, she’s very cognizant of the fact that it’s a weird role reversal, even as empowered as women are today. It’s very deep-rooted in our culture, and in how we see things, how we see each other, and who we want as a partner.

How can couples approach talking about spending, saving, and debt without one person getting defensive?

Part of it is the other things that people don’t talk about: what your values are. I think when you’re in a relationship, especially when it’s earlier and it’s going great, nobody wants to spoil the fun. It’s like talking about pre-nups. People get married, and there’s this whole thing around if we do a pre-nup, it means maybe the relationship won’t last. It acknowledges that risk, and so rather than us facing that risk – with people, there’s always a risk – rather than just leaning into that and accepting it, tabling it and giving voice to it, we just go into this mode: “I’m sure it’ll be fine, let’s not talk about it,” and then it isn’t fine, and then you’ve got a mess.

I think it’s all around wanting to create this illusion of this happily-ever-after, and if we bring a dirty thing like money into it, isn’t it treating our relationship more like a business arrangement? And this is all about belief and trust in our partner, that they’re going to take care of us to do the right thing. But we know when relationships breakdown, that whole feeling of trust and doing the right thing has disappeared by then. So the incentive for the person to be fair to you and to care about you and put your best interests first, that’s already gone. The emotional attachment has been destroyed.

I actually don’t think you have “The Conversation.” I don’t think you sit down and say OK, let’s talk about money tonight. It’s just like building trust. Trust is built in a series of small actions and small conversations. It’s not like one day let’s talk, it’s consistency, it’s all the little things. I think you can’t have the money conversation without it being very tense. Even if you’re not defensive.

If a couple comes from different family backgrounds, what can they do to work to understand each other?

A lot of it is about communication and empathy. Not judging, but empathizing to say, “I don’t get where you came from, I have a different life, but I’m going to try and see the world through your eyes.” Each person in that relationship has to be willing to see the world through the other person’s eyes. Instead of saying “that’s dumb, you shouldn’t do it like that,” and maybe it is dumb and maybe they shouldn’t do it like that, but we have to understand that this is coming from a place that preceded that relationship. It’s part of who they are, just as whether they have a sense of humour or not. We don’t tend to change the fundamentals of who we are. We get imprinted really early in life. But we can adjust our behaviour and question our assumptions if we’re aware of the fact that we have these previous influences.

So if partners have slightly conflicting values, or they fight about money, can you solve that, or are you doomed?

Sometimes they are doomed, and part of the reason is the relationship itself couldn’t navigate difficult conversations. It’s as simple as you’re dating, and one of you likes to go to really nice restaurants, and the other doesn’t want to spend money to go out and do anything. That is so stark. If both people hold onto their perspective for dear life, that relationship isn’t going to work. What’ll happen is the person who likes to spend will always have to pay for the other one if they want to go out. Or, if they don’t do that, they won’t go out.

What happens is if people want the relationship bad enough, one of them will comply. They won’t negotiate, they’ll give in. And the problem with giving in is over time, you resent the giving in. And then other things start. What happens is you go underground, passive aggressive behaviour, a whole breakdown. People really have to upfront confront that and say, “How will we move this relationship forward if we’re on such opposite ends of the spectrum?”

Are there certain financial red flags or behaviours people should look for?

People need to understand where their partners are at from a credit standpoint. If I were embarking on a relationship with somebody who had gone bankrupt, I’d be really worried about that. People say “bankruptcy happens,” but it doesn’t just happen. To go bankrupt, there’s a whole series of bad decisions you have to make beforehand. It’s a huge indicator and a red flag of how you view money, how disciplined you can be around money, or undisciplined.

On the flip side, what are healthy traits you should look for in a partner?

Communication and transparency are really important. If you’re in a relationship with somebody and they won’t discuss money, to me that would be a non-starter. It’s fine early on, but if you’re looking toward a serious relationship, that person should be full disclosure about where they’re at financially. If they’re a divorced person, you need to understand what the obligations are to the previous spouse or family. It’s fair if somebody has real estate, you can ask how much equity they have in that property. How are things going to be going forward? You need to know what you’re walking into.

It’s 2017, and this is still an awkward question: who pays for the first date?

I always think whoever asks should pay. There’s a lot of stuff out there around paying. I’ve gone out on first dates where men have stepped aside and expected me to pay. So I’ll go to a Starbucks and we both order, and he’ll just stand there. There are other times where they’re very generous. I still think if I’ve asked you, I should pay, as a woman. If I’ve asked a man out, I expect that I should pay. But I think it’s really, really a fraught territory. It’s really hard to know.

Is therapy or counselling something couples should consider?

I think every couple should go into counselling at the beginning of their permanent relationship. To get off on the right foot. To surface some of those sacred cows, and primarily to learn how to talk about tough things. How to have those really hard conversations, and how to realize that you can have a hard conversation where you don’t even agree, and it doesn’t have to risk the relationship. It doesn’t mean I don’t love you or support you. We can disagree, we can even disagree heatedly, but I can still care about you and respect you.

This interview has been edited and condensed.