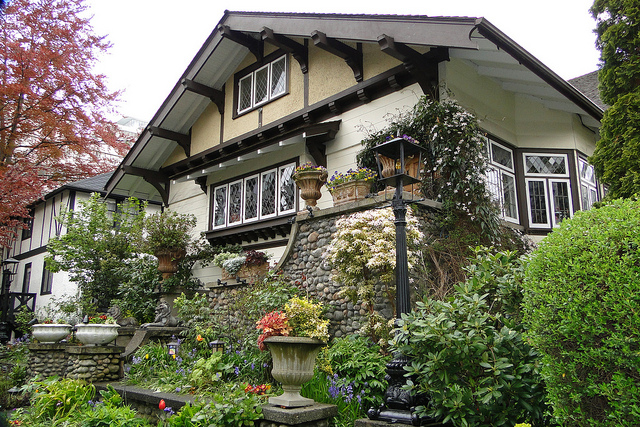 It takes an average of 377.7 months to save enough money for a down payment on a house in Vancouver, according to the most recent Housing Affordability Monitor released by National Bank of Canada. If you want to buy a house in Toronto, it takes 77.7 months of saving.

In years, that means it would take 31.5 years of saving to make a down payment on a house in Vancouver and 6.5 years in Toronto.

However, condos are more affordable. The research shows that it would take 40 months (3.3 years) to come up with a down payment for a condo in Vancouver. To have enough for a condo down payment in Toronto takes 34.1 months or 2.8 years.

How does National Bank come up with these figures?

To arrive at the median household income figure, the bank uses the Statistics Canada data for each metropolitan region and extends it by using weekly earnings growth.

Putting those two numbers together, National Bank comes up with how long it would take to save for the cash down payment for a CMHC insured mortgage at a savings rate of 10% of pre-tax income.

“For a $1 million-plus home, a minimum of 20% down payment is required for CMHC insurance,” explains Matthieu Arseneau, National Bank senior economist and co-author of the report, in an email. “Since the median non-condo home is above that threshold only in Vancouver, the discrepancy is huge compared to other markets. For Toronto, it’s 5% of the first $500,000 and 10% of the balance.”

The federal government introduced these new down payment thresholds for insured mortgages in February.

Since these numbers are of course based on medians, there’s a range of housing prices and incomes within each city. So while the median price for a house in Vancouver might be more than $1 million, there are houses that cost less. They may not be in the neighbourhoods of Shaughnessy or Sandy Cove but they do exist. Most of the people who live in those posh neighbourhoods had moved on up. Starting in a more modest neighbourhood and trading your way to a bigger house is a valid strategy.

So the real challenge for first-time homebuyers in Vancouver isn’t only meeting the monthly mortgage payments, but having enough money to get into the market in the first place. A recent Bank of Montreal survey shows that 51% of Canadian millennials own a home. Of those who rent, 76% expect to buy a home within the next five years. Still, about one-third don’t think they’ll ever be able to afford a home.

And a TD survey finds 19% of homeowners in Vancouver and Toronto bought their first house for fear of missing out, a syndrome that’s become known as FOMO.

So how are first-time buyers going to be able to break into these high-priced housing markets?

The BMO survey shows that 65% expect help from their parents or other family members for as much as 12% of the purchase price. Another trend gaining traction is to invest in a house with a sibling or even a close friend. The down payment doesn’t seem so hefty when you split it.

Another way for first-time buyers to maximize their down payment is to take advantage of the Home Buyers’ Plan, which allows them to borrow up to $25,000 from their RRSPs without tax or interest. For a couple, that equals $50,000, provided they’ve been saving over the years. This loan has to be repaid within 15 years but it gives you a good head start on that down payment.

“I like the Home Buyers’ Plan for young people and generally encourage them to aim to save up to $25,000 in their RRSP in anticipation of a home purchase,” says Jason Heath, a fee-only planner and managing director of Objective Financial Partners. “If it’s really a matter of not being able to save enough for a down payment, the bank of mom and dad may be an option. If home ownership is just out of reach for a potential homebuyer, I’d argue that renting isn’t the end of the world.”

But for some millennials renting is a last resort. As they get married and have children, they often feel the urge to make that transition to home ownership.

So what are your options? Here are a few:

If you’re in a rush to own a home, you could move to Quebec City or Ottawa where, according to the National Bank research, it’ll only take two years to save for a down payment. A less expensive home will also make it easier to pay off your mortgage faster.