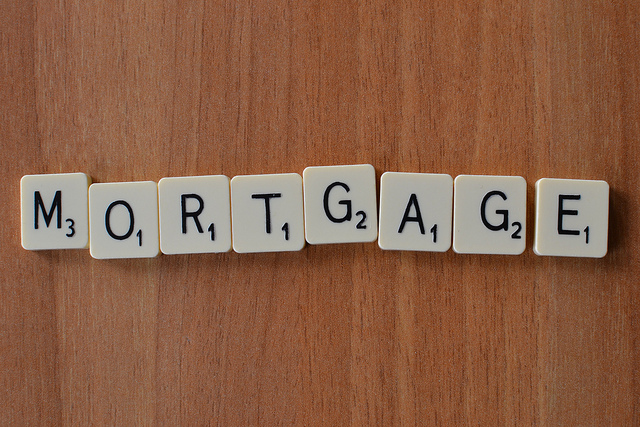 Andrew and Brenda Daniels have achieved what many couples in their 30s can only dream of: living mortgage-free. The Daniels, who are both 37 and have two young children, managed to pay off their mortgage in just six years. They made their last payment in January of this year.

In 2009, they moved into their custom dream house just outside of Winnipeg. I spoke with Andrew about he and his wife paid down their mortgage and what their plans are for the future.

Craig: How much did you pay for your home and what was your down payment?

Craig: What mortgage rate did you have?

Andrew: Originally we started with a fixed 10-year term rate of 5%. We thought that rates would eventually rise and didn’t want to get caught off guard since we were new parents, and just wanted the security of a fixed-rate mortgage and knowing our payments would be.

Once my wife was back to work after maternity leave we decided to really focus all of our extra money onto the mortgage and we switched to a four-year fixed mortgage rate of 3%. When we did this, we decided that this would be the last mortgage renewal we ever did and made it a goal to have it paid off within the four years.

Looking back, variable would have been the way to go, but I valued certainty too much at that point to risk it. I’m a big fan of “set it and forget it” and didn’t want to have the “what if mortgage rates jump?” thought in the back of my mind. We made all the wrong decisions in hindsight with rates, etc. But no point on dwelling on it. We did what was right for us at the time.

Craig: Why did you decide to pay off your mortgage so quickly?

Andrew: Debt has always been something that drives me crazy. Honestly, the idea of getting it paid off quickly meant freedom. Freedom is an important aspect of my life and I saw being debt-free as being a big part of that. Plus, I love a challenge. I’m one of those strange people who get a kick out of working on spreadsheets and going through scenarios of how we could get it paid off as quick as possible.

Another aspect was the total cost of the mortgage. When I looked at how much it would cost us in interest over the 25 years, it was almost as much as my mortgage. That’s if the rates stayed the same. I just imagined having to write two cheques for $320,000 (one for the mortgage and the other for interest on the loan) and it motivated me to cut that amount down as much as possible. Paying it off as quickly as possible was the solution.

Craig: Did you live a frugal lifestyle while paying down your mortgage?

Andrew: Yes, for the most part. We didn’t go on any trips or make any large purchases. I’ve always been very conscious of spending. I would classify myself more as a saver. We always looked for good deals on things we needed. Whenever we wanted something that wasn’t a necessity, we would add it to a list and keep an eye out for price drops and buy things when they were on sale. To me it doesn’t seem frugal, but when I compare it to others that have all the toys and newest vehicles and indulge in every purchase, then I guess it is frugal.

Craig: What was it like making that final payment?

Andrew: It was pretty cool and a little surreal. I had to wait until there were less than 30 days before our mortgage term was up to pay it off. Otherwise, there was a huge penalty. The first day I could go down [to the bank] and pay it off without penalty, I did. I was excited to the point that my hands were shaking driving to the bank. In a lot of ways, I couldn’t believe that I was actually at this point. We have been working at this for what seems like an eternity. To pay it off made the whole thing almost dream-like.

It’s weird in a way because you work at this goal for what feels like forever, and it’s a huge part of your life. I had it in my mind that when I got to the bank there will be something of a celebration, or a congratulations or some kind. But that didn’t happen. I guess in reality I’m reducing the bank’s earnings by paying it off early so it’s not like they are cheering me on to pay it off.

It was kind of funny because tellers don’t come across this too often, if ever. It took a bit longer than I thought it would. They were really concerned because I brought cash to make the final payment and I needed pennies (which we don’t use anymore). They didn’t know what to do. They looked pretty panicked for what was a total of a two-cent difference. I told them I really didn’t care about the extra two pennies.

When I walked out of the bank, I threw my hands up in the air and shouted “WOOOOHOOOO!!!!” as loud as I could, I’m pretty sure I looked crazy to the people walking by, but it was well worth it.

I still wake up with a smile on my face knowing that we are at a point that many our age don’t get to for another 20 years. It’s been a month and every so often I remember that it’s paid off and a smile creeps onto my face. It’s a really good feeling.

Craig: How did you celebrate?

Andrew: We went out for dinner as a family. There were a few items in our house that needed replacing, like our TV. It’s been on the fritz for a few years so we bought a new one, same with our cell phones. I love tech stuff so it was a real treat to make those upgrades. We plan on doing a lot of travelling now. I’m also planning on having a mortgage burning party at some point this spring once the snow melts and we can have a bonfire.

Craig: Why didn’t you invest the money instead of paying off your mortgage?

Andrew: There are a few reasons to that. We knew that paying the house would provide us more freedom. At that point in time the market was just starting to recover from the bottom of the whole financial crisis and we had no clue where it was going to go. There was a lot of doom and gloom out there.

Instead of taking our money and risking it in the markets, we opted for certainty. It made more sense for us to put it into something guaranteed. Plus rates were so low that to pay it down was a lot easier than it would be if rates were to start going up. Honestly, we probably lost out. If we had put the money into stocks for the past six years we may have had a larger net worth. Stocks have had a great run since 2009.

However, to us being mortgage free was a big goal. It’s a point of pride, and this was the badge of honour we worked towards. I love setting big goals and working towards them. I’m in the process of setting our next big goal, which I write about on our site, FamilyMoneyPlan.com.

Plus our kids were young. We love to travel but didn’t see a lot of benefit to doing it with the kids at such a young age. We made a decision to hold off on everything and just enjoy the kids while they are young. All of our friends who were older, and our parents all said to enjoy this time with them and we made sure we did. After all, [the kids] are only this age for a short time.

Craig: Do you live a very frugal lifestyle now?

Andrew: We are just in our first month of mortgage-free and not much has changed in terms of our lifestyle. I still want all the things I wanted when we were paying off the mortgage, such as an Apple Watch and a finished basement. Now I can do those things when I choose. Though I still find that waiting for things is almost as good as getting what you want. I’m a huge fan of delaying gratification.

I would think now that we’re focusing on financial independence we will probably keep up with some of the habits we have started in the past six years. One thing I have noticed is that I’m still looking at the right side of the menu when we go out to eat. I guess old habits die hard.

Craig: What are your plans to do with all the extra cash you have now that you don’t have regular mortgage payments?

Andrew: We plan to travel a lot. We were travellers before the kids and now that this burden is off our shoulders, we plan on showing our kids the world. The kids are at an age where they’ll appreciate going to new places.

Our next goal is to achieve financial independence. Most of the money we have been putting towards the mortgage will be invested. The rest will go to travelling. I’m sure we will splurge once in a while on things, too. There’s a long list of things we want to have, and places to see. I look forward to working towards them and sharing the journey of financial freedom along the way on our site.