How tech is helping the homeless 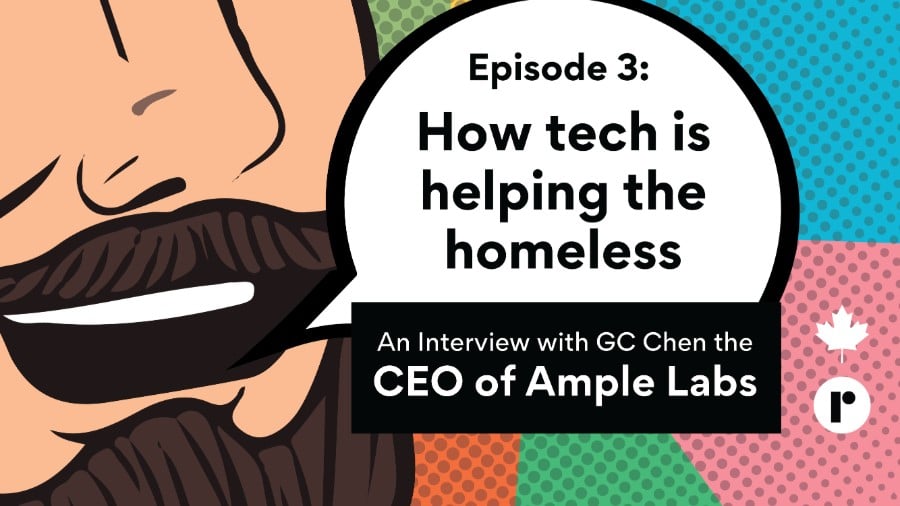 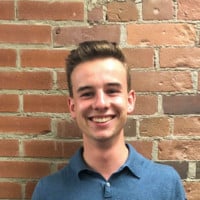 In episode 3 of our second season of Ratehub’s Real Money Talk Podcast, Tyler and MoneySense Editor-in-Chief Sandra Martin sat down with CG Chen, a tech entrepreneur using her expertise to help others. After helping a friend through a period of homelessness, CG set out to improve the resources available online for those in need.

Through Ample Labs, she founded to tackle issues of homelessness, CG developed Chalmers. Chalmers is a website and app that seeks to connect those dealing with homelessness issues to the resources they need. Here’s today’s mind-blowing fact: 94% of people experiencing homelessness have a mobile phone.

Tyler and Sandra asked CG about homelessness, the Chalmers story, and got some tips on how we can most effectively help those most in need.

The reality of being homeless

Most people are only 3 months away from being homeless –  a message CG wants to tell the world so more people understand their own vulnerabilities. A lost job, a few overdue bills, and a missed rent payment can leave someone without somewhere to call home. When most people think of homelessness, they imagine people living on the streets, but this accounts for a small portion of the homeless population.

“80% of people experiencing homelessness are hidden as in we don’t really see them. It might be someone who is couch surfing, who’s sleeping in their car… Nobody decides to become homeless. It’s usually through incidents like domestic violence, coming out to family and getting kicked out, [or] ageing out of the foster care system.”

CG’s first brush with homelessness came from a source you wouldn’t expect. A close friend, who was working for a Fortune 500 company, lost his job, leaving him without a place to live.

“He didn’t have savings because he was supporting his single mother and two sisters. Eventually, he couldn’t find another job quickly enough, couldn’t afford to pay rent, got served an eviction letter, called me and asked if he could crash at my place.”

When trying to help him out, the resources available were not good enough. She wanted to do something to improve them.

“It took me about 4-6 hours to figure out, ok, I think these are your next steps, these are services you could go to. It was during that four to six hours of googling and scrolling, I was like this is terrible… Can we create something to solve this problem?

Out of this turmoil, Chalmers was born. Through a partnership with the city of Toronto and Ontario 211, Chalmers developed an online chatbot to direct individuals to the resources they require efficiently and effectively.

“We know it takes somebody anywhere between 20 minutes and 48 hours, usually to find a critical service [like food, shelter, or hospital services]. We want to make it 15 seconds.”

What is the future of Chalmers?

What began as an initiative in Toronto, Chalmers quickly expanded after partnering with the city of Barrie. Through their work with Barrie, the company discovered more ways to leverage their platform.

“It was obviously the social services industry that started to adopt it, so shelters and things like that. But then what we learned was the police officers started to benefit from Chalmers, and then it rolled out to firefighters, ambulances, and first responders because these are individuals that on a day to day basis that come into contact.”

The police officers and social workers started to use the tool themselves to help someone in need. CG saw even more potential. After further developing the platform, and measuring its impact, CG’s current focus is on spreading its use.

“What success would look like to me is that Chalmers is [available] in every major city, every small city in North America… we want to see it as the main go-to…. available on every library computer, and when you’re in the malls, it’s in every kiosk.”

CG says that giving a dollar or two to someone you see on the street is never wrong, but making a connection might go further. Living on the street can be incredibly alienating. It can cause someone to question if they even exist, watching countless people walk by ignoring them.

“The most important thing is to have the conversation and look that person in the eye and acknowledge that they exist… It starts off with something as simple as a hi, how are you, how are you doing today?”

Hear our entire conversation with CG and some tips from Ratehub’s money on your trusted Canadian personal finance podcast, Real Money Talk.

Listen on Apple or Spotify