How Some Young People Can Afford a Home 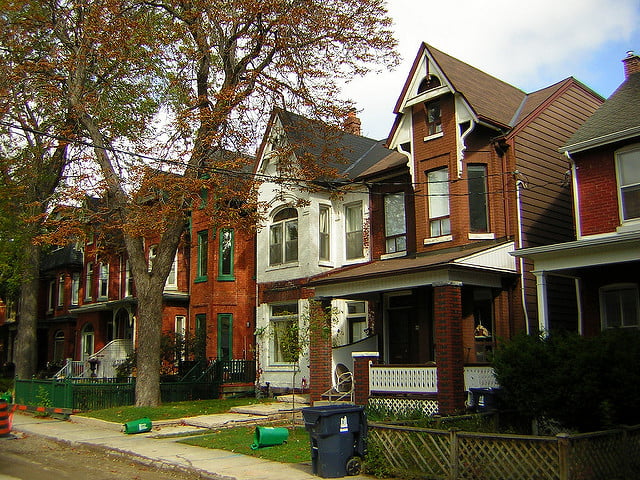 We were recently very flattered to be invited to dinner by a young couple that we know. It was the first time that we visited their home and we were overwhelmed by how beautiful it is. Home for them and their two pre-schoolers is on an attractive street in one of the most desirable enclaves in the city.

He’s on leave from his job while he pursues more education so that he can better himself. She has a good job but, as yet, she has no security. It’s scary.

It’s very hard for young people to buy a house, according to what you read and hear. Still, here’s a young couple who own a beautiful five-bedroom, four-bathroom house near a ravine for which they paid $1.2 million. It’s not out of line for Toronto.

Here’s how they managed to do it:

The house they owned previously wasn’t in a nice neighbourhood. It was a fixer-upper and they spent the money to have the work done. It was a good investment because they were able to sell their modest first house for considerably more than they bought it for. It helped that housing prices were escalating and the area they were leaving had yuppified.

So it was the first house that gave them the leverage. They had saved up for it. My young friend is a family guy and the prospect of a household full of children was a stronger motivator for him than travelling. He still enjoyed his good seats watching the Blue Jays but he came straight home right after the game. The nest egg my friend and his wife accumulated by being homebodies showed the lenders enough that they were responsible and had no problem shopping for a favourable mortgage.

For that first house they also took advantage of the Home Buyers’ Plan (HBP). The Canadian government allows first-time home buyers to borrow up to $35,000 tax free from their RRSP. If you’re purchasing with someone who’s also a first-time homebuyer, you can both access the $35,000 for a total of $60,000. If you have a down payment of at least 20% of the purchase price of the home, the savings can be significant, and you won’t have to buy mortgage default insurance. Married couples and common-law partners both qualify. However, since the HBP is considered a loan, it must be repaid within 15 years at the rate of at least 1/15 of the loan every year.

My friends also accessed what is colloquially known as the Bank of Mom and Dad. They were lucky enough that both sides of the family were prepared to help them out with the down payment. This isn’t as rare as you think any more. In the 1960s, people usually lived until they were 65 or 70. When they passed away, they’d leave enough in their estate for their children—who were 30 or 35 years younger than them—to use to buy a house. Now that people are living longer, they’re giving their adult children the money while they’re still alive to help them get into the housing market.

Many parents these days are prepared to help their children settle down faster than they could do on their own. Also, with interest rates at such historically low levels, it makes sense to help your children take advantage of a situation that may never come again. Provided it doesn’t jeopardize their own finances or retirement plans, many parents feel a sense of personal satisfaction in making a difference in their adult children’s lives. They also want to ensure that they’ll see the rewards of having a stable life for their grandchildren before they’re gone.

My young friends began with a starter home, as I did. Now they plan to live in their lovely home for the rest of their lives — and they can — so they see it as an important investment for themselves and for their children. That’s why they’re glad they did it.