In a blowout feature published earlier this month, The Hollywood Reporter details Johnny Depp’s reported $2-million-a-month spending habit, and the legal battle playing out between Depp and his business managers over allegations from both sides of financial mismanagement.

As reported by THR, Depp reportedly earned $650 million over the 13 years he was represented by The Management Group, including a not-insignificant chunk of change for his role in the Pirates of the Caribbean franchise (the latest film hits theatres today).

If you’re wondering about the inner workings of Hollywood (or how one human being can possibly blow $2 million a month), THR’s story is worth a read. Here are Depp’s top five most ridiculous expenses revealed in THR’s story. 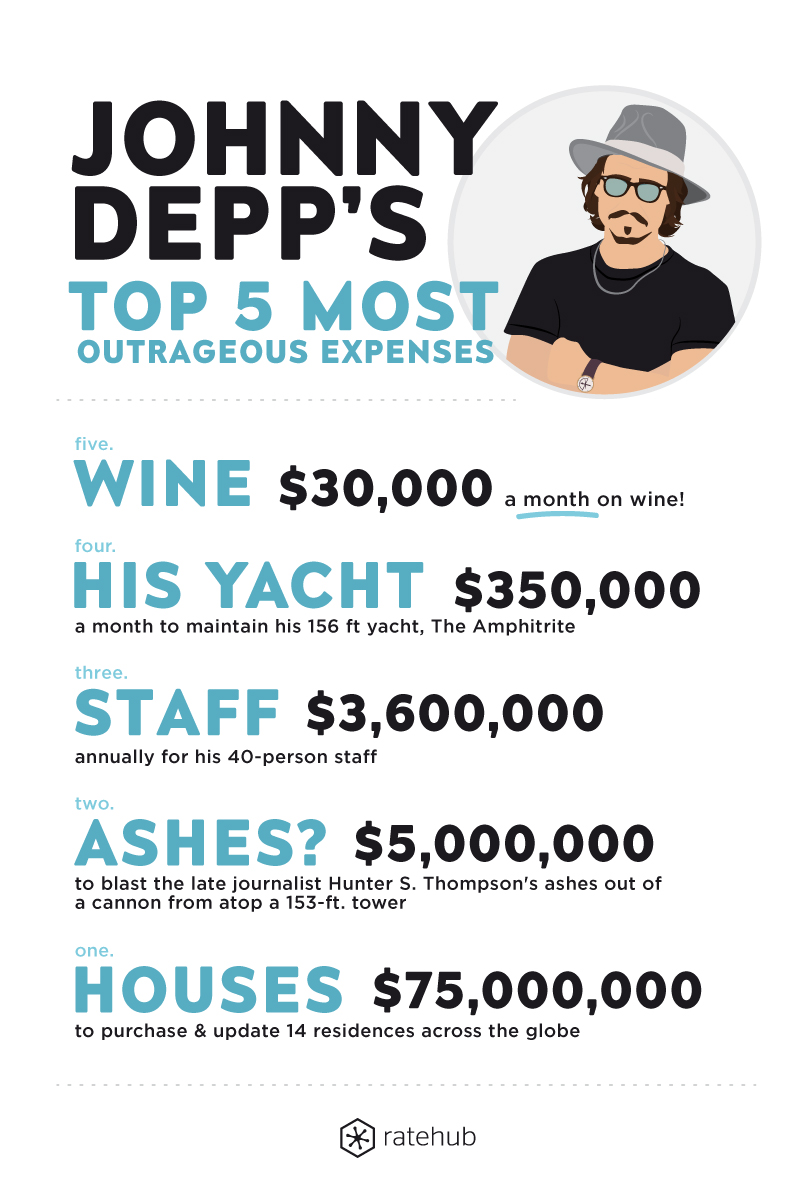 How Much Home Insurance Do I Need?

The best family credit cards in Canada for 2022