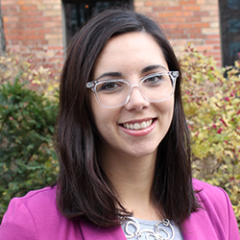 Here’s a look at some of the news that caught our eye this week.

The pilot project will target 4,000 low-income residents in Thunder Bay, Hamilton-Brantford, and Lindsay who will receive up to $17,000 annually starting as early as this summer.

This intent of the pilot program will be to assess if a basic income is a better way to support people living in poverty than the welfare system. Those already on social assistance will be able to keep their existing benefits like medical and dental.

The program will start as early as this summer. The province is in the early stages of a similar basic income pilot for First Nations.

In an investigation/analysis of the Canada Revenue Agency (CRA), CBC News found that between 2011 and 2014, a “growing number of Canadians earning a six-figure income or more didn’t pay a cent in income tax.”

In the above story, the CRA was quoted as saying:

“It is possible for individuals classified in the upper-income ranges to reduce their tax liability to zero by using deductions such as business or farm losses of previous years and allowable business investment losses, or significant contributions to RRSPs.”

“Tax filers can also use non-refundable tax credits such as charitable donations, or dividend and foreign tax credits.”

These high-income earners could have accomplished this by (1) claiming most of their earnings as business and investment income to benefit from a combo of tax credits to lower their rate (2) loss carry-forwards—they are self-employed and lost money the previous year so those losses carried over, and/or (3) charitable contributions.

Ontario’s first balanced budget in a decade was released on Thursday. But it also included billions of dollars in spending, notably in healthcare.

A balanced budget is said to be a smart political play by the Liberals to boost Wynne’s approval rating. Major initiatives include full prescription drug coverage for anyone under the age of 25, for 4,400 drugs—with the impact on insurance premiums unclear—and free abortion pills, the ability for municipalities to impose a hotel tax, a transit tax credit for seniors which is a refundable benefit up to 15% of transit costs to a max of $130, upping the cost of cigarette cartons, and $130 million for retrofitting affordable housing in Toronto.

The Government of Ontario also announced plans to transfer oversight of syndicated mortgages from FSCO (the regulatory agency of the Ministry of Finance) to the OSC (it enforces securities law).

The Financial Post outlined that new regulations would mean investment limits on syndicated mortgages while requiring “mortgage brokerages to document their assessments of the suitability of such products for their clients.”