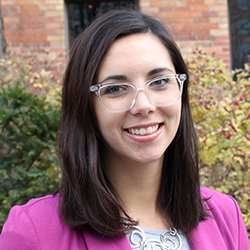 What a difference a week makes! Federal Finance Minister Bill Morneau called a meeting with Ontario’s Finance Minister Charles Sousa and Toronto Mayor John Tory to discuss the housing market, which took place this Tuesday. This meeting was pulled together quickly after the Toronto Real Estate Board’s latest housing stats showed an over 30% increase in home prices in the Greater Toronto Area this March vs last year. Two days later, Premier Kathleen Wynne along with Sousa and Ontario Housing Minister Chris Ballard (who has been championing new rent control legislation) announced 16 new measures to help cool the market.

Most talked about are the 15% Non-Resident Speculation Tax (NRST) for the Greater Golden Horseshoe, and the extension of the 1991 rent control loophole Ontario-wide for all private rental apartments.

The rent control piece is the most contested, with developers and landlords warning it will dampen the building of new rentals and further constrain supply—Toronto developer Brad Lamb said he’s immediately stopping nine apartment projects in light of the announcement.

You can read—and share—Ratehub.ca’s summary of the changes: Ontario Unveils Plan to Cool Housing Market.

Here’s a roundup of what our friends in the media are saying!

Ahead of the housing measures announcement, Moody’s Analytics economist Paul Matsiras this week suggested Bank of Canada Governor Stephen Poloz should raise rates “sooner than later” in light of rising home prices and the debt-to-income ratio, saying: “Barring a deterioration in economic conditions, putting the brakes on debt growth would be prudent to avoid a hard landing in the housing market.”

“A Canadian Bond First”, BMO plans to bundle nearly $2-billion worth of uninsured residential mortgages into bonds. In Canada, big banks usually package government-insured mortgages into bonds. Bloomberg News also reported this week that RBC was considering a similar move. It noted that “Canadian banks are eager to package uninsured home loans into bonds after the federal government last year made it harder for lenders to get government guarantees on mortgages.”

categories: Current Events
tags: Ontario real estate real estate Toronto housing market Toronto real estate
Why Should I Make a Will? Top 5 Frauds and How to Protect Yourself