Is it worth it to move to Kitchener? 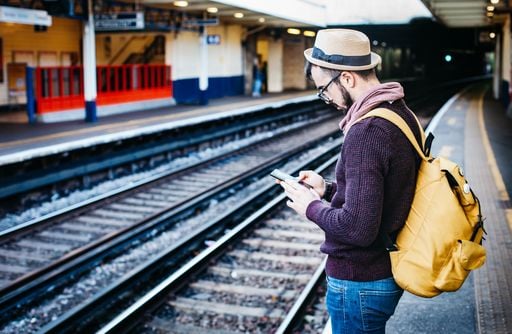 According to Google, searches for “house for sale,” “mortgage calculators,” and “mortgage rates” are the highest they’ve been in five years.

Kitchener is one of the hot cities Canadians are searching out as a potential place to call home. With a GO train stop, access to Toronto is easy for busy commuters working in the core who might want out of the city on the weekends.

Pros and cons of living in Kitchener vs. Toronto

What Kitchener lacks in urban density – thus reducing the number of hip restaurants and nightclubs – it makes up for with small-town appeal and a booming economy.

Pro #1 – A growing and stable economy

Anchored by two of Canada’s best universities in Waterloo and Wilfred Laurier, #3 and #24 respectively according to Macleans, these higher education centres keep pumping out top-end talent. And who needs a consistent stream of great talent? Tech companies.

It’s why Kitchener-Waterloo is home to many start-ups and tech giants like Google, Square, and Tulip Retail to name a few.

The other key provider of jobs is the large insurance sector. Kitchener plays host to the headquarters of major insurance companies like SunLife, Manulife, and Economical insurance.

Kitchener is part of the tri-city area including Cambridge and Waterloo. All 3 are an hour drive away from Toronto, or about 2 hours by GO Train. Sometimes, you just need to escape the city and Kitchener gives you that without moving you too far from cool “international” amenities like Pearson Airport, elegant restaurants, amazing concerts and the excitement of major sports.

Kitchener also boasts 200 parks to get outside for your daily fresh air. You can be engrossed in a book under the warm sun in the historic Victoria Park or head to McLennan Park featuring BMX bike parks and baseball fields. Kiwanis Park has many trails, a swimming pool, and other athletic facilities for soccer or basketball.

Just because you’re living in suburbia, doesn’t mean you stop having fun. Since 1969, Kitchener, formerly known as Little Berlin, runs Oktoberfest which brings all the best elements of Bavarian Munich culture (including a keg-rolling race) for its 700,000 annual visitors.

The 20-years-and-running Kitchener Blues Festival attracts over 150,000 people every year.

The entertainment continues at Centre in the Square – a legendary performing arts theatre hosting concerts, international musicals, and classic theatre. And if you love theatre, Shakespeare’s Stratford is only 45 minutes away by car.

Sadly, everyday nightlife leaves something to be desired.

I think one of my favourite quips is from Quora where a user asked, “Why is Kitchener so boring?”

There’s still some fun to be had, though. If you’re a student, everyone knows Phil’s, notorious for its dive bar appeal (i.e. cheap drinks). For the Waterloo locals (not students), you can head to Starlight, but search in advance because that night’s theme may sway your decision, that’s also true of District where one night you might get country, another could be heavy metal.

And, well, that’s pretty much it. Keep your eyes open for the new and trending bars that seem to close within a few years of opening. They’re good fun.

Kitchener-Waterloo is inland far from the access you might find in Hamilton, Burlington, or Mississauga who all sit on the edge of Lake Ontario. There is the Laurel Creek reservoir on the outskirts of Waterloo where you can swim and bring your own canoe, but other than that, Kitchener lacks any real water play.

Kitchener is colder than Toronto because it’s much further inland. It doesn’t get the temperature moderation from Lake Ontario. But, the wind in Toronto can make things feel much colder than they are.

The cost of living in Kitchener vs. Toronto

According to Numbeo, an independent website that looks at cost of living around the world, the cost of living in Kitchener per month is $3,915, not including rent, for a family of four and $1,108 for a single person (again, not accounting for rent)

Meanwhile, the estimated costs of a four-person family in Toronto are $4,459, while a single person’s estimated monthly costs are $1,235, both without rent or mortgage payments.

Kitchener is 8.87% less expensive than Toronto according to Numbeo’s cost of living index.

I spoke with a friend of mine in the food service business. He said a few interesting things, first that No Frills, Freshco, and FoodBasics will always have the lowest price. The flyers for each store brand are the same, regardless of the region within the province. Food prices in grocery stores are set province-wide. However, he did say “the further out of the GTA you get, distributors sometimes get away with things.”

All that to say, generally speaking, your grocery costs will be about the same in either city.

Personally, I always find this a strange “cost of living” because I don’t believe we purposefully seek out expensive lattes and dinners. We do, however, decide how often we’ll grab takeout or enjoy a serviced meal and that price should be set by your personal financial situation. You can review the prices of any restaurant online. If they don’t have prices listed, you’re going for the experience, not for the price, and the bill will reflect your choice.

That said, according to Numbeo’s user-generated stats, it is a few dollars more for cappuccino’s and expensive restaurants, but if you can afford the $0.50 and $5 respective differences, how much you pay is negligible to your overall finances.

My own research comparing Uber Eats restaurant prices in Kitchener vs. Toronto revealed you do indeed pay $2-$3 more for a plate of Panang curry delivered to your door. Commercial real estate in Toronto is more expensive, hence the price difference.

Toronto’s utilities (heat, electricity, water), on average, are an extra $38 per month for a place of similar size in Kitchener. Internet is also apparently more expensive at $9 per month. But again, this is a problem you get sourcing data from individuals – someone could just be getting a better deal, especially when you consider we have a veritable duopoly of internet providers in Canada.

Toronto Transit Commission’s monthly fare is more expensive than Kitchener-Waterloo’s Grand River Transit. But in Toronto, you get a much bigger system full of subways and streetcars, too. The per trip fare between TTC and GRT is the same.

For cars, gas prices fluctuate daily, but generally fall in line with market conditions of the overall region.

A significant cost factor is home and auto insurance, which these days often outweighs the price of the new eco-friendly engines.

Many factors influence the price you pay for car insurance including your car’s make and model, demographics, chosen coverage, driving behaviour, and location. Because this article is trying to focus on location, we’ll use a 2016 Toyota RAV4 whose owner is a 35-year-old female with a clean driving record. That way, the only difference between the rates is location.

Home insurance rates are calculated on many factors as well, including the size of the building, inherent risks of being near water, and crime in the area. The closer you are to emergency services and a claim-free history will reduce your rate.

Enough with the factors, let’s get to the price.

A smaller town generally means fewer crimes which can lower your rates. Of course, comparing homes in Toronto to those in Kitchener is a difficult comparison, but know the market value of the house isn’t what you’re paying to insure. You’re insuring the cost of rebuilding your home. For that reason, we chose homes that are both close to their respective downtown cores, similar square footage, and the same number of bedrooms and bathrooms.

The total insurance savings by living in Kitchener is $845.31 per year. That could be an extra mortgage payment every year (which can help reduce your total amortization).

In fact, if you bundle Kitchener home and auto insurance together, you could save up to 25% more and pay down your mortgage even faster. So, always remember to speak with your insurance broker and ask about discounts.

According to the Canadian Real Estate Board, Kitchener-Waterloo saw a record-breaking increase of 72.7% of new home sales compared to the same period last year. The average price for those homes was up 30.8%. Toronto is one of Canada’s hottest real estate markets with a yearly increase of 22.8%, according to Zolo.ca.

Below, you can see the results of the real estate market increases.

And let’s not forget about Kitchener’s average rent price being up nearly 16% from 2019 to 2020. Now, according to PadMapper, pricing has come down by 2.2% for a one-bedroom, but 2 bedrooms are up 2.5% year-over-year. Toronto’s rental prices are down a whopping 22% year over year (possibly because so many people are leaving Toronto for more space and cheaper cost of living.

The Tally – Is it worth it to move to Kitchener?

The cost of living doesn’t change too drastically in terms of bills and everyday expenses like groceries and the internet. So, let’s use Numbeo’s cost of living, then factor in expenses that change dramatically based on your location like insurance and mortgage or rent.

A single person in a condo

Four-person family in a semi-detached home

These are rough numbers, but a reasonable guide for how much life costs. In a remote work world, where the relevance of your physical location is not as much an issue, saving over $1,000 every month can increase your net worth substantially. Would you pay down your mortgage or invest? What keeps you in Toronto? Are you willing to move to Kitchener?

categories: Auto Insurance Home Insurance Insurance Mortgages Personal Finance Real Estate
tags:
How renters can get the most of their rental search The 7 best instant approval credit cards in Canada for 2021