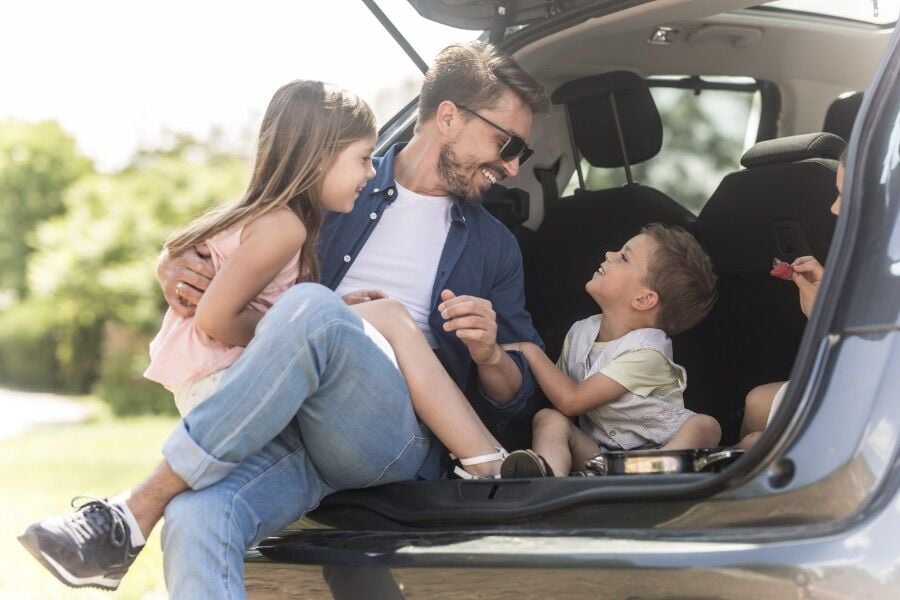 Lee Iacocca passed away this month,  a legend in car manufacturing. For one, he gave us the Ford Mustang, but arguably his most important work was revitalizing Chrysler by popularizing minivans in North America. It all began in 1984. The idea was a bigger sedan, not a clunky full-size van, for families on the move and on a budget. In his honour, here are the best selling minivans in Canada.

The Best Selling Minivans in Canada 2019

Iacocca’s own Dodge Grand Caravan continues to shine, almost doubling its next closet competitor in sales. However, it’s also the most expensive. To all the families, soccer moms, or men that want their man van, there are cheaper alternatives out of the best sellers.

But, after breaking down lease costs or auto loans, the difference in price may become less of a factor. If we take the most expensive of the best selling minivans and compare it against the cheapest – in a battle of auto loan comparison, adding 1 more year to a weekly payment plan, and the difference is negligible.

MSRP also doesn’t take into account the deep discounts you could receive after dealer incentives or manufacturer discounts that may be on offer.

If you’re looking at buying one of the best selling minivans in Canada, you might argue it’s more important to look at their monthly costs. Especially if you plan on driving it long past its 4 or 5-year loan.

With that, another factor shoppers look at is fuel efficiency. While a hybrid or electric vehicle would obviously win this category, they aren’t yet on the list as one of the best selling minivans in Canada. Let’s look at which of the gas-powered minivans is the most fuel-efficient.

The Most Fuel-Efficient Minivans in Canada

Honda Odyssey takes home the prize as the most fuel-efficient minivan in Canada, according to Natural Resources Canada fuel efficiency tables. The Toyota Sienna and Chrysler Pacifica are right behind it.

However, it’s worth noting the Chrysler Pacifica Stop/Start model actually wins in the gas-powered cars for fuel-efficiency. The stop/start model turns the engine off when you come to a full stop and turns it back on when you depress the gas pedal. It saves on gas, but not enough to make it worthwhile (especially with reports of the technology being recalled).

The Dodge Grand Caravan is the least fuel-efficient, but at a difference of $224 per year on gasoline – will it sway your decision?

The other significant monthly cost for your minivan is insurance. Insurance rates are weighted by many factors including age, gender, location, driving history, and type of vehicle. To make the insurance comparison fair, we’ll use a control – Nancy, a suburban soccer mom.

Nance is 40 years old, has a clean driving record, and lives in an Ottawa suburb. She parks her 2018 minivan in a private garage and drives about 15,000 km per year. I put these details into our car insurance calculator to get some quotes. Let’s see which of the best selling minivans in Canada will win the award for the cheapest insurance.

The Cheapest minivan to insure

Knowing how cheap or how expensive any of the best selling minivans could be in insurance costs, you can immediately see the value in shopping around for auto insurance quotes.

The Kia Sedona wins for the cheapest minivan to insure at a relatively cheap $85 per month. If we calculate that over a year, it’s $1,020, half the price of its gas costs. However, if you didn’t compare car insurance, you could end up paying $222, or $2,664 a year, for the same minivan from a different insurer – that’s more than the cost of its fuel.

Also, in insurance, the greatest difference between the best selling minivans is $32. That’s nearly $400 per year. In gas, the difference from most expensive to least was just over $200. In this example, comparing Ontario car insurance quotes before buying is a smart financial decision.

Other factors to consider

According to the Insurance Institute for Highway Safety (IIHS), the top safety picks in the minivan category for 2019 are:

Our beloved Grand Caravan finished last among the best selling minivans in Canada for safety, not that it isn’t safe, it’s just not the top safety pick.

Which of the best selling minivans in Canada hold their value the longest? Which minivan will you be able to sell for a decent price when it comes time to buy a new car? Canadian Black Book has given out awards for a few years now for best-retained value. Over the past 3 years, the same 3 minivans keep swapping places between 1st, 2nd, and 3rd. For 2019, the winners, in order are:

I hope Iaccoca is proud. His Dodge Grand Caravan, after 35 years in production, and despite being the most expensive minivan to buy, insure, and fuel up, still outsells the competition. Will his legacy continue to sell the minivan on its own or will the declining market share of minivans eventually meet a similar demise? Only time will tell. If you’re shopping for a minivan, we hope this list has helped you #choosebetter.