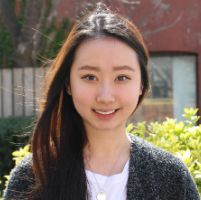 This morning, the Bank of Canada (BoC) announced that it’ll keep the target for the overnight rate at 0.50%. The last time the BoC adjusted the rate was back in July 2015, when the overnight rate was reduced to its current level from 0.75%. While our neighbours in the United States may see a rate hike next month, the BoC announced its justification for leaving Canada’s interest rates unchanged.

“In Canada, the economy’s structural adjustment to the oil price shock continues, but is proving to be uneven. Growth in the first quarter of 2016 appears to be in line with the bank’s April projection, although business investment and intentions remain disappointing,” says the Bank of Canada.

“The second quarter will be much weaker than predicted because of the devastating Alberta wildfires. The bank’s preliminary assessment is that fire-related destruction and the associated halt to oil production will cut about 1 1/4 percentage points off real GDP growth in the second quarter,” the central bank says. “The economy is expected to rebound in the third quarter, as oil production resumes and reconstruction begins. While the Canadian dollar has been fluctuating in response to shifting expectations of U.S. monetary policy and higher oil prices, it is now close to the level assumed in April.”

Although it’s natural to think that Canadian policies will follow those of our largest trading partner, the U.S., there are a few reasons that back up the Bank of Canada’s verdict. First, Canada’s inflation rates sit at 1.4%, which is below the BoC’s target of 2% and well within the target band of 1% to 3%. Therefore, there’s no reason for the bank to take further action.

Essentially, an unchanged key rate also reflects expectations for economic growth in Canada. Despite a severe two-year drop in oil prices that lasted until the early part of 2016, Canada’s economy has shown decent levels of recovery. With positive prospects for stabilizing oil prices and growth for the U.S. economy, the BoC predicts that our economy can rebound again in the near future. Moreover, the 2016 federal budget shows the government intends to stimulate the economy by increasing infrastructure spending.

Canada’s key interest rate could stay at 0.50% all the way through to 2017. In the meantime, the federal government will keep a close eye on the American economy, global oil markets, government stimulus spending, and trends in retail consumption. Unless stimulus spending proves to be insufficient and the economy slows, there’s no urgent need to cut rates. Rather, upcoming indicators should tell us whether or not rates will increase in 2017.

With the U.S. expecting an interest rate hike, we might see the Canadian dollar further depreciate against the U.S. dollar. That might make shopping abroad a little more expensive. On the other hand, if you’re a mortgage borrower, you can expect a continuation of low rates at least until the next BoC announcement in July. If you have a fixed-rate mortgage, you won’t see any changes. And for those with variable-rate mortgages, you can expect the prime rate to also remain unchanged. Right now, the best five-year mortgage rates can be found for about 2.33% for fixed-rate mortgages and 2.04% (prime -0.66) for variable-rate mortgages.

The Bank of Canada will make its next interest rate announcement on July 13.