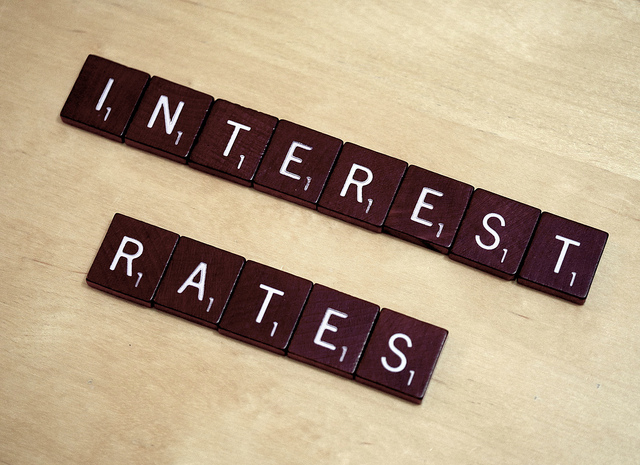 After two rate cuts last year, the key interest rate in Canada currently sits at 0.5%. If the Bank of Canada drops its rate below zero—which means negative interest rates—chartered banks would be charged for depositing their money with the Bank of Canada instead of earning interest. This could have an effect on how Canadians bank.

While Bank of Canada governor Stephen Poloz maintains that the central bank is not planning to slip into negative territory yet, he did tell business leaders attending an Empire Club luncheon in December that the bank would consider it in the event of an economic crisis.

Canada wouldn’t be the first country to go negative. The European Central Bank has dropped its rate below zero, as have central banks in Japan, Sweden, Denmark, Switzerland, and most recently Hungary. Last month, Norway indicated it could venture into negative territory. How long will it be before Canada joins the sub-zero camp?

Here’s how the system works. If a Canadian bank deposits $1 billion into the central bank at the end of the day, as per regulation, at a negative rate of -0.5%, it would cost it $5 million. Banks don’t like to lose money, so making them pay to hold money is meant to encourage them to lend the money out to spur economic activity. Making loans easier to get encourages people to buy homes. And it stimulates other sectors of the economy as people buy home furnishing, fixtures, and other goods.

Remember that banks would still want to protect themselves from losing money. So it’s likely that they’ll raise fees for ordinary services we now take for granted. A Bank of Canada discussion paper about negative interest rates says: “Banks could mitigate a decline in profitability by increasing charges on accounts, raising fee-based revenue or reducing deposits, but these efforts may not be fully offsetting.”

You may have to pay to keep your money in a savings account. While framed as a fee, this would basically be a negative interest rate by another name. So why not withdraw your money rather than pay to deposit it?

When you take out a mortgage you may have to pay a service charge for administration. According to Doug Porter, chief economist with Bank of Montreal, if the Bank of Canada slashes its rate to -0.5%, the banks could theoretically lower their prime lending rates to between 1% and 1.15% from the current 2.7%.

The banks didn’t pass on the full effect of the last two cuts. So chances are that if rates do go below zero, only a small portion of the decrease will go to borrowers.

Looking for a great mortgage rate?

A negative interest rate probably won’t make it easier to get a mortgage. Banks will be even more vigilant to make sure that you’re a qualified borrower. But if you have a secure job and a good credit rating, you can benefit.

Instead of encouraging consumers to spend, negative interest rates have had the opposite effect. People are hoarding cash. In Switzerland the wealthy are withdrawing high denomination euro notes and storing them in safety deposit boxes.

In a negative interest rate environment people may try to prepay their bills, instead of having their funds tied up in a money-losing bank account. Many companies, such as telecom companies and municipalities, charge you a penalty for late payment. Would they start charging you for paying your bills too early?

Many transactions have short-term credit attached to them, in the form of a grace period to pay bills. With negative interest rates will businesses insist that their customers wait 60 days to pay and prohibit from paying in advance?

Instead of paying interest on deposits, banks may decide to charge their customers to safeguard their cash. Based on the European experience, it seems that many consumers find the convenience of keeping your money in the bank is worth the cost. They find storing and providing security for cash is more expensive in the long run.

Gold and other precious metals might make a comeback as a store of value. A good strong mattress might become as important for storage as a refrigerator.

How likely is this to happen? A Citibank study says if the economy doesn’t turn around Canada may go negative within the next two years. But don’t panic yet. Most forecasters believe that the Bank of Canada will stand pat or start raising rates by the second half of 2017.

Negative interest rates haven’t come to Canada yet. But all of us, borrowers and savers, should be watching to see how this experiment unfolds around the world to get a sense of how it might work out here.

categories: Mortgages
tags: interest rate key interest rate mortgage Mortgages
What’s the Best Savings Option for Parking Your Money? How Much it Costs to Live Close to the Subway in Toronto