Have you been found at-fault in an accident? Have your rates increased? It's time to compare quotes to see if you're eligible for cheaper no-fault insurance.

No-fault auto insurance doesn't mean you're not at-fault, just that you'll only deal with your own insurer. In formal terms, no-fault insurance is when a reimbursement from any loss as a result of an insured risk is paid for by your insurer, not someone else’s. It makes the claims process faster and delivers more funds to the injured, without administrative slow downs and rising costs of the courts.

Before the no-fault system, there was the tort insurance system where the driver deemed at fault in a crash was completely liable and the other driver (i.e. victim) had an opportunity to sue for damages to their car, medical care, and even replacement income.

A no-fault system means you will only deal with your own insurance company, but it doesn’t mean you can’t be found at-fault. After a collision, all associated insurance companies look to the fault determination rules to determine who was at fault, or partially so. Any driver in an accident can be found from zero to 100 percent at fault depending on how the crash happened.

Even though the police conduct their own investigation, the insurance company's investigation will trump the police when it comes to fault determination for insurance purposes. So remember when submitting a claim just because the police deemed you to not be at fault, your insurer may see things another way. They may determine that you were partially to blame and only reimburse you for a portion of your claim. 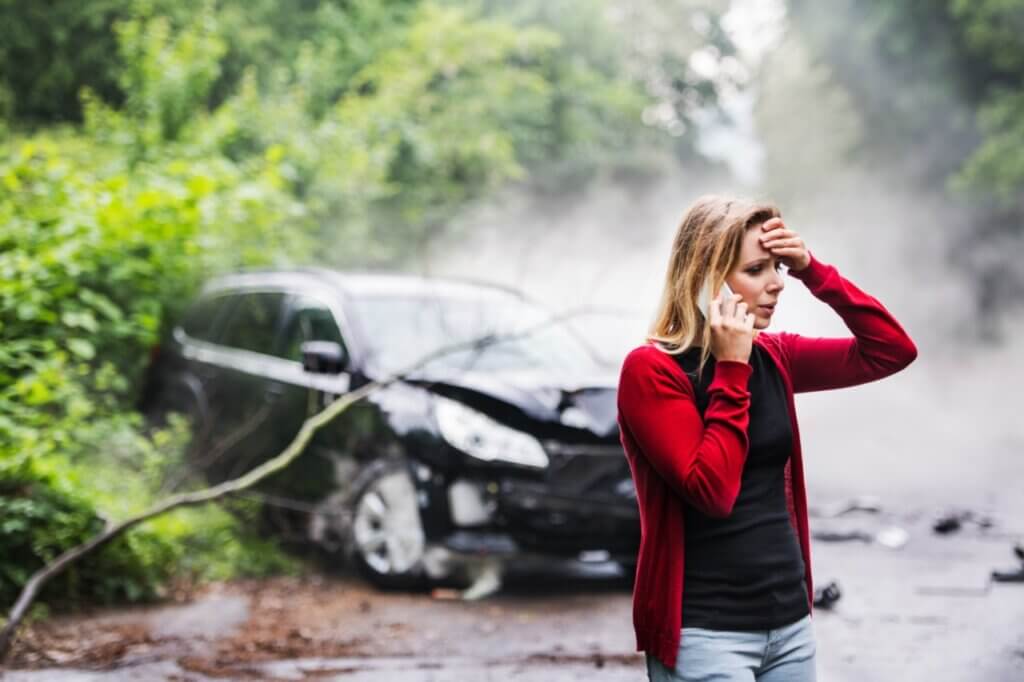 If you’re in a collision, make sure to get the following details and file it with your insurance provider as soon as you can (ideally, within a week of the accident). Failure to do so may result in your claim being denied. When you submit a claim, the more details the better.

At the scene, don’t admit to any fault, stay calm, and stick to the facts. If it’s a major accident, call 911 and don’t move injured people unless they are in danger. Once everyone is safe and away from traffic, here is the essential information you need after an accident:

For more details, read our blog, What to do after a car accident

In a no-fault system, if you have a clean driving history you should pay less. Compare car insurance quotes in minutes from Canada's top providers, for free.

In Canada, there are both public and private insurance systems. It is federally mandated that everyone driving a car needs insurance. The difference between the two systems is, with public insurance the provincial government offers the standard product, while private allows for competition from various insurance companies. In a private system, a driver is free to shop around for the best car insurance quote.

The main components of auto insurance

The most common endorsements (add-ons) to auto insurance

Those are the four core coverages that make up a standard auto insurance policy, but many drivers add additional coverage, if not already included, such as collision, comprehensive car insurance.

You can further customize your policy by extending coverage limits, like increasing third-party liability up to $2 million instead of the minimum, which is usually $200,000. You can also add-on specialized coverages like accident forgiveness, conviction protector, and disappearing deductible.

While no-fault insurance is used in every province and territory, how it works will vary slightly. In Saskatchewan no-fault is the default, but a driver can opt for tort insurance instead - significantly reducing their insurance premium and potential claim amounts. Quebec’s hybrid no fault system means you’ll have to deal with the public insurance system for any accident benefits claims, but you must go through a private insurer to protect your car from collision and comprehensive damages.

There are also a lot of provincial differences when it comes to accident benefits payout amounts for medical, loss of income, or death benefits. In some provinces, if you are unhappy with the payout amount you are awarded, you can sometimes sue for more, but there are limits. With this in mind, we decided to give an overview of the limits and allowances for pain and suffering in each province.

If you are found to be zero percent at fault, it should not impact your rates. If the fault is shared between both drivers, being found greater than 50% at fault has been shown to increase insurance premiums.

Which provinces have no-fault insurance in Canada?

All provinces have a form of no-fault insurance, but each one has varying degrees of claim payouts. In Saskatchewan, you can opt for a tort system instead.  BC will have no-fault in May of 2021. Alberta is still debating its merits.

When did no-fault insurance start in Ontario?

No-fault insurance in Ontario started in 1989 in an attempt to combat the rising costs associated with the tort system.

What are the downsides of no-fault insurance?

No-fault makes things much easier for all parties for managing claims and payouts. The downsides of a no-fault system could be the limited compensation for pain and suffering, though there is some and most of your medical care is covered through accident benefits. Opponents argue that it protects bad drivers because they can't be sued (they can, but limited) for overages beyond your existing coverage.

Can I Have Multiple Life Insurance Policies?

Landscaping Insurance – What You Need to Know

Collision Insurance – The Auto Coverage You Need This Summer

What is Uninsured Motorist Coverage in Canada?

What Does General Liability Insurance Cover for Small Businesses?

A wealth of knowledge delivered right to your inbox

Whether you need a mortgage, credit card, savings account, or insurance coverage, we help you find and compare the best financial products for your specific needs.

When it comes to mortgages, Ratehub.ca is more than just a place to research and compare the best rates. Our goal is to give Canadians the best mortgage experience from online search to close. This means offering Canadians the mortgage tools, information and articles to educate themselves, allowing them to get personalized rate quotes from multiple lenders to compare rates instantly, and providing them with the best online application and offline customer service to close their mortgage all in one place.

Ratehub.ca has been named Canada's Mortgage Brokerage of the Year for four years straight (2018-2021). With over 12 years of mortgage experience, and over $11 billion in mortgages funded, we deliver you the best mortgage experience in Canada.

Financial institutions pay us for connecting them with customers. This could be through advertisements, or when someone applies or is approved for a product. However, not all products we list are tied to compensation for us. Our industry-leading education centres and calculators are available 24/7, free of charge, and with no obligation to purchase. To learn more, visit our About us page.