Where are Canadian Mortgage Rates Going?

There’s a lot of talk in the business press about the possibility that the Federal Reserve (the American central bank) will raise rates in the coming months. If it does raise rates, how will this affect Canadian mortgage rates?

Eight times a year, the Federal Reserve (often referred to as the Fed), meets to determine the appropriate level of short-term interest rates. The rate it adjusts is known as the federal funds rate, and it’s the interest rate at which banks lend to other banks. When the Fed wants to slow the economy to prevent it from overheating, it raises the federal funds rate. When it wants to kick-start growth, it cuts the rate.

In the midst of the global financial crisis, the Fed cut rates practically to zero (like the Bank of Canada). In fact, it was only last December that it ever-so slightly hiked rates for the first time in nine years. Even so, the target interest rate is still well below 1%.

Why there may be a hike

There’s a straightforward reason why the Fed may hike interest rates again. Namely, by most measures the economy isn’t in the crisis situation it was when rates were lowered to zero. Employment growth has been solid and there are signs that inflation is starting to pick up. Part of the Fed’s mandate is to ensure stable prices, which means it’s not supposed to let inflation get out control. Currently, it targets an inflation level of about 2%.

Another reason for the Fed to increase rates again is to counter the formation of bubbles in financial markets. Cheap money—which is defined as money that can be borrowed at a low interest rate—spurs investors to take more risks. As we saw in the U.S. housing crisis, it can lead to bad outcomes. Notably, some Fed officials have recently started talking openly about the benefits of raising rates to curtail these sorts of risky behaviours.

Mind you, it’s worth noting that the Fed has often talked about raising rates and then backed off. So it’s possible rates might not rise. Most financial experts don’t expect the Fed will hike rates at its upcoming September meeting. But many expect rates to rise in December.

Looking for a great mortgage rate?

What does Canada have to do with this?

So far we’ve looked at what the U.S. central bank may do. But what does Canada have to do with it?

There’s an old adage that when America sneezes, Canada catches a cold. But in the financial context, a better saying might be: “Where the U.S. goes, Canada tends to follow.” Simply put, when interest rates in the U.S. go up or down, Canadian rates tend to follow. However, that hasn’t been the case for the past few years.

It’s important to distinguish between two kinds of interest rates. There’s the rates set by central banks, which are very short term in nature. But then there’s the rates for longer-term investments such as bonds, which are more heavily influenced by investors. These rates—for five- and 10-year fixed-income investments—are still somewhat affected by what the central bank does, but they also reflect investors’ expectations of things like growth and inflation.

In other words, if you’re wondering where Canadian mortgage rates are going, you’ll want to keep an eye on what the Fed (and the Bank of Canada) are doing. But your attention should also be on the government bond market.

Now is a particularly important time to be paying attention to the bond market. Investors have piled into U.S. government bonds this year, sending yields to low levels (in the bond market, price and yield move in opposite directions). But lately, these yields have started to creep up a bit, suggesting that change is afoot. 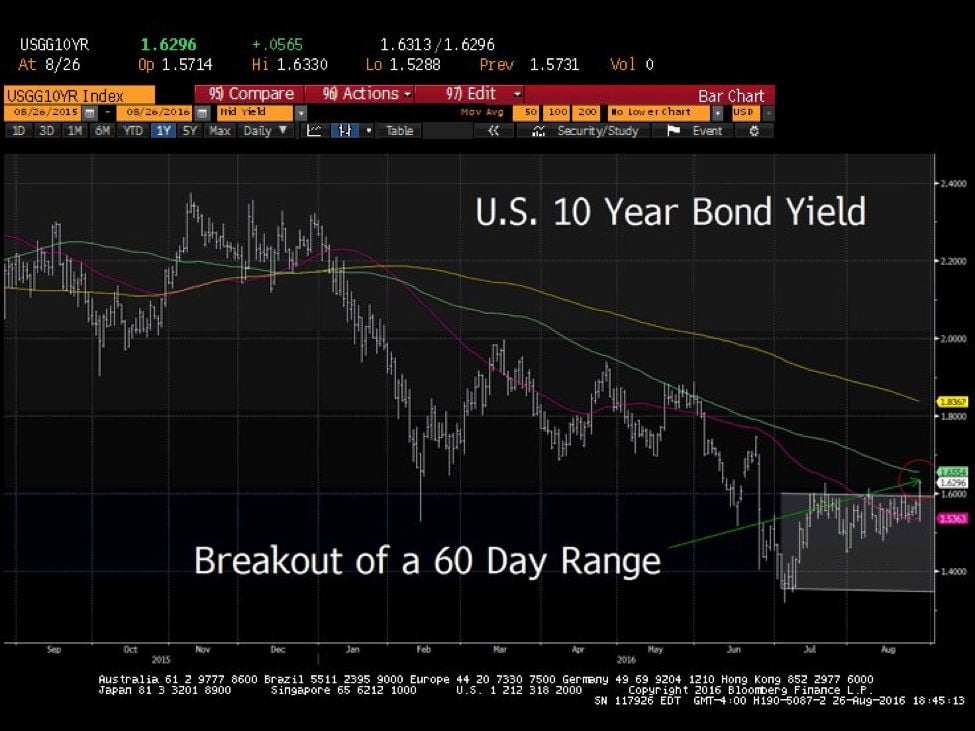 Moreover, a recent survey by the CFA institute showed that 54% of respondents believe the government bond market is in a bubble. This is very important because it suggests that many bond market investors believe yields will ultimately go much higher. 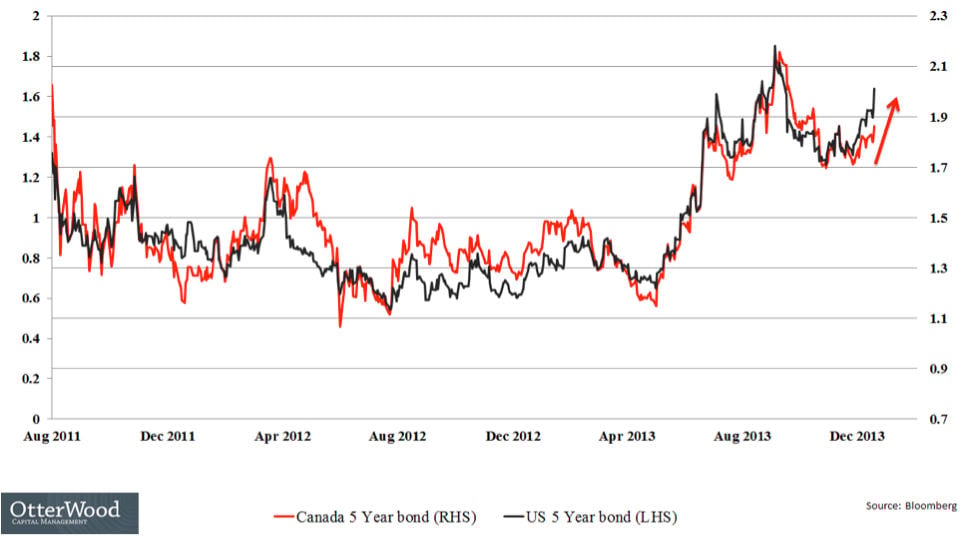 Of course, you should consider the possibility that mortgage rates may actually go down from here. How would that come about? An obvious way would be if the U.S. economy started to seriously disappoint, taking bond investors’ expectations of future growth and inflation down with it. In this case, the U.S. five-year bond yield would fall, taking Canadian mortgage rates down with it.