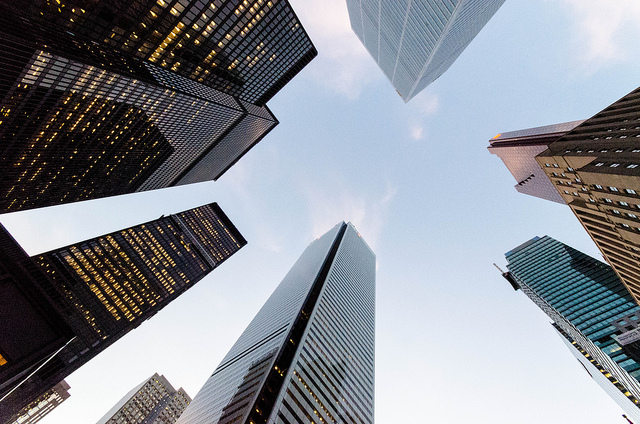 While a bevy of new condos and loft-style residences are popping up across Toronto’s east end in revitalized neighbourhoods like Regent Park and Riverdale, many condo seekers still have their sights firmly set on the downtown core.

It’s easy to see why: Living a minute’s walk from the subway, major retails hubs, and the city’s top business and entertainment districts has its obvious perks.

So for die-hard believers of the old real estate truism location, location, location, TheRedPin tracked prices of high rises anchoring major city street corners in order to paint a clearer picture of how much it costs to buy a condo in the heart of downtown Toronto.

Block by block, the brokerage analyzed prices of one and two bedroom high rise units that sold within a five-minute walk of 24 prime street intersections (think Yonge and Bloor). Both average and median prices were factored in the study, which looked at year-over-year sales from August 2015 to August 2016.

TheRedPin also looked at popular intersections outside the bounds of downtown, including Yonge and Eglinton and Yonge and St. Clair.

Average prices for all one- and two-bedroom condos sold within a five-minute walk of the city’s major intersections. To view median prices, simply click on the arrows under each pin.

Bloor and Avenue, quite unsurprisingly, was found to be the single-most expensive of the 24 street corners, with average prices hovering around $611,327 and $1,379,140 for one- and two-bedroom condos, respectively.

Based on the 24 intersections analyzed, condos within a five-minute walk of Bay Street, on average, sold for a premium of $41,000 compared to those around Yonge Street.

While the findings show downtown Toronto high rises command high prices, it’s worth noting condos are still considerably more affordable when compared to detached and semi-detached houses where a six-figure household income is almost a prerequisite across the suburbs—let alone in the city.

Note: Stats encompassed condos within a five-minute walk of each intersection; there is some overlap of condos between nearby major intersections.

TheRedPin.com is a full-service real estate brokerage that carries the largest database of residential listings in the Greater Toronto Area.