The Best Condo and Home Builders in Toronto 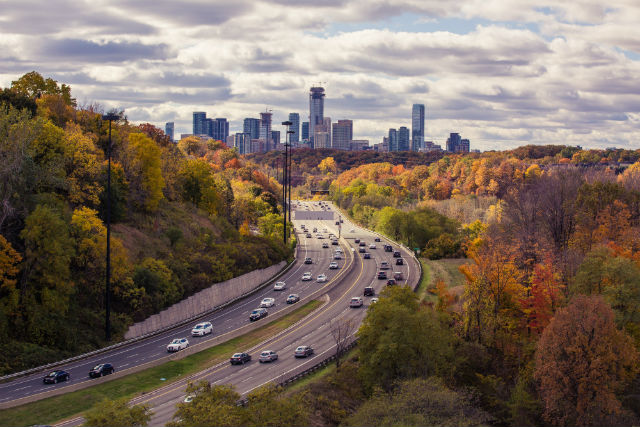 The idea of buying a new condo is something that has surely crossed the mind of anyone who’s struggled with old faulty AC systems or having to travel up and down elevators just to access the laundry in outdated high-rises.

From newer appliances to the ability to choose your finishes and flexible deposit structures, buying new has its obvious perks. That being said, the logistics of going the pre-construction route aren’t always straightforward. Just ask anyone who’s struggled with understanding how the HST rebate works.

Among the most important decisions, and biggest hurdles, when buying pre-construction is deciding which real estate developer to purchase from. So to make things a little easier, TheRedPin gathered a shortlist of its top condo developers and home builders in the Greater Toronto Area (GTA).

Tridel’s status as one of the most trusted and respected names in Toronto pre-construction real estate doesn’t only stem from the company’s decades of experience and impressively large portfolio of residences. It’s also the organization’s ability to look forward that’s propelled Tridel high up on most new condo buyers’ list of top builders.

Among the first developers to break ground on a condo in the GTA, Tridel built its first high-rise back in 1968—when most of the metropolis’s landscape was still largely geared to single-family homes.

Tridel’s high-rises, which can be found across the GTA, usually come complete with top notch amenities and finishes, and tend to feature glass-and-steel designs that are more by the books. That being said, Ten York, its latest addition to the city’s downtown skyline, features a cutting edge wedged shaped design and will stand at a towering 65 storeys.

From the 23-acre Daniels Waterfront City of the Arts to the $1.75 billion transformation of Regent Park and Daniels Erin Mills in Mississauga, many of the developer’s upcoming projects are planned down to the last detail and will feature a plethora of entertainment, retail, and educational amenities.

In addition to its towering condo communities, Daniels has also received recognition for its FirstHome program. An initiative aimed at helping first-time homebuyers struggling to save up enough for a down payment, FirstHome allows buyers in select family-geared developments to purchase with only 5% down.

For buyers who gravitate toward Toronto’s more hip east-and-west-ends (think Queen West or Leslieville) and prefer intimate mid-rise condos over towering high rises in the bustling downtown—Streetcar is the ideal developer.

Highly conscious of building neighbourhood-sensitive residences that fuse with their surroundings, rather than overwhelm and encroach on an area’s character, Streetcar has garnered particular acclaim for its relaunch of the iconic Broadview Hotel.

Riverside Square, its new mixed-use community coming to shape in the east side neighbourhood of Riverdale, will stretch 4.5 acres and features stunning designs from the architecture firm RAW Design.

Great Gulf is responsible for arguably some of the most eye-catching condominiums rising in the city: One Bloor, a behemoth 75-storey luxury tower located at the corner of Yonge and Bloor, as well the 51-storey condo 8 Cumberland.

In a short amount of time, CentreCourt has managed to break through and climb the ranks as one of the top high-rise real estate developers in Toronto. A testament to how hot commodities CentreCourt’s projects are, its INDX Condos project was the fastest selling condo of 2012. And nearly all of the company’s projects sell out long before construction begins and shovels hit the ground.

With units boasting top-notch finishes, features, and amenities, and with ideal downtown locations, CentreCourt has struck a chord with both end-users and investors alike.

In its latest move to grow the company, the developer has looked beyond Toronto’s downtown core to the suburbs with the SmartCentres Place condos north of the city in Vaughan.

For a longer and deeper look into TheRedPin’s complete list of top condo developers in the city, click here.