Telematics and Car Insurance in Canada 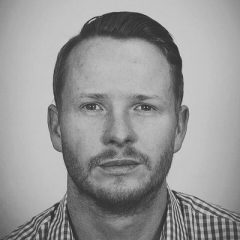 Telematics, also known as usage-based insurance (UBI) or pay-as-you-drive insurance, calculates your insurance based on how you drive. In particular, the system rewards drivers who drive short distances, who drive infrequently, and who drive sensibly.

Using a small piece of technology installed in your car, telematics insurance tracks your driving using criteria such as distance traveled, time of day on the road, how fast you accelerate, how hard you take corners, and how aggressively you brake.

Most insurers allow you to monitor your own statistics online, so you can track your driving behaviour. Obviously, though, it’s your insurer who will be paying the closest attention to your data — and if you’re successfully driving to their prescribed guidelines, and if your record shows your driving is improving, you can earn insurance discounts.

Telematics makes insurance pricing hyper-individualized. Rather than being based on aggregated actuarial data like traditional car insurance — such as gender, age, marital status, postcode, and previous claims — telematics is based on individual driving behaviour. This is intended to make premiums more precise.

However, like traditional car insurance, telematics is specific to the vehicle and will record the driving habits of whoever drives your car — so your premium would also reflect the driving habits of, for instance, your teenage son who borrows your car. Insurers also use your telematics data to ensure claim accuracy and reduce fraud by analyzing driving information at the time of a crash, and in some cases they can also track your car if it is stolen using telematics system GPS.

Pros for the driver:

Cons for the driver:

categories: Insurance
tags: car insurance insurance
The Dos and Don’ts of Buying Life Insurance Getting a Mortgage if You’re Self-employed