Stunt driving amid COVID-19: the repercussions 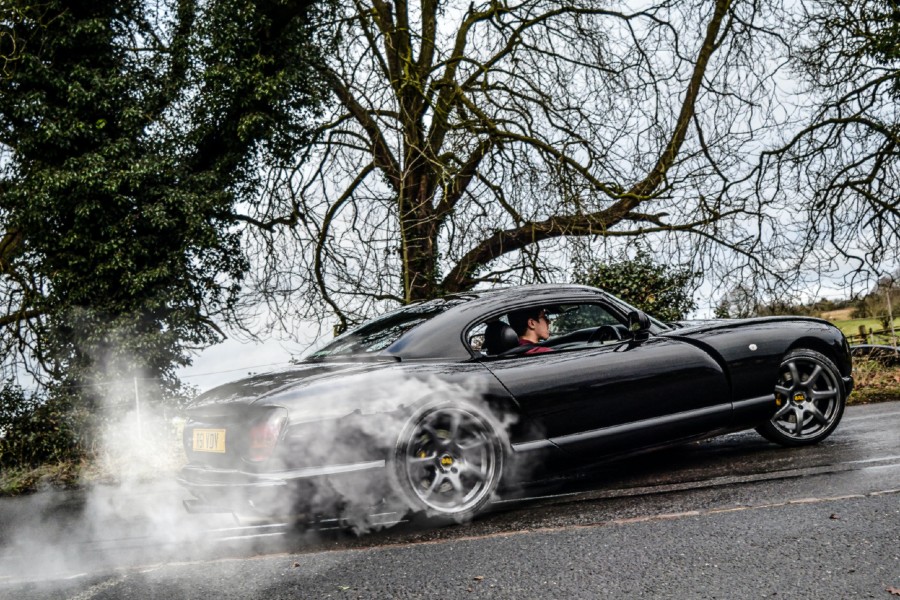 With Toronto’s streets barren amid COVID-19, a 21-year-old, driving a black mustang decided stunt driving at Yonge & Dundas was a good idea. You can see it in the video, titled, “Well, this happened…” Upon hearing the sirens, the driver flees the scene, but is eventually caught, arrested, and charged with the following:

Stunt driving is up almost 200%, according to Ontario police. Since COVID-19, a lack of traffic is translating into a 35% increase in speeding tickets. As a result, Toronto police are adapting to “flatten the curve” of dangerous driving. What are the fines, penalties, and charges? And what does that look like for your Ontario car insurance if caught?

Stunt driving in Ontario faces minimum penalties for a first-time offender of $2,000 but can rise to $10,000. But it doesn’t stop there. You could face up to 6 months in jail and receive a 2-year license suspension.

Once the police pull you over, a roadside suspension of your license is immediate and lasts for 7 days. In Ontario, you have to pay nearly $300 to reinstate it. Even when you do pay, it stays on your driving record for 3 years.

Worse still is the car you’re driving, whether it’s yours or not, is impounded for 7 days – that includes your rental car, parents’ car, even your company car. Whoever owns the car has to pay all the fees to get it back, including the tow and the cost to store it at the impound lot, which is about $700 or more.

While you may not be pulling donuts in the middle of Yonge & Dundas, you too could be caught for stunt driving.

What is stunt driving?

Stunt driving according to the Highway Traffic Act 172 is the following:

The last one is important because it might apply to a driver who doesn’t believe themselves to be classified as a stunt driver. If you’ve ever prevented someone from passing, stopping, or you cut someone off – you could be hit with stunt driving. Driving too close to another vehicle, a cyclist, or a person, again, that’s stunt driving. Hitting the gas hard when the light turns green to make a left before the other cars come through the intersection and again, you’re stunt driving.

Is stunt driving a criminal offence?

No, stunt driving does not go on a criminal record. However, acts of deliberate violence are, so depending on what you’re doing, you could cross over into illegal territory. Stunt driving results in a traffic ticket, hefty fines, and possible jail time.

Types of driving offences in Canada include: Dangerous driving (with or without injury), feeling police, failure to stop at the scene of an accident, and impaired driving. Impaired driving causing death is life imprisonment.

Either conviction carries with them 6 demerit points, which take 3 years to come off your record.

Do demerit points in Ontario affect my car insurance?

Demerit points are really only used to figure out who can legally still hold a driver’s license. Demerit points don’t affect your insurance, but the type of conviction on our record will. A minor violation like speeding or not wearing a seatbelt will get anywhere between 0 and 3 demerit points. A major conviction (e.g. driving without a license) or criminal conviction like drunk driving or, in our case, stunt driving, will be upwards of 6 demerit points.

How convictions affect your car insurance

With a minor conviction, your premium could increase by as much as 25%.

Your Toronto car insurance now costs over $200 every month and at least for 3 years. In other words, over $1,300 plus the ticket fee for excessive speeding or failure to stop at a red light.

A Desjardins insurance poll asked what would stop people from driving distracted, and 26% said increased fines and another 21% said the possibility of auto insurance premiums going up. Personally, the penalties and related premium increases are enough of a deterrent for me.

So, how about that 21-year-old stunt driver?

There is video proof of him doing it, so he will be convicted barring any sleuthy legal work.

He has to pay the fees to reinstate his license, the tow to the impound lot, and the impound lot storage. That alone will be at least $7,200 and up to $15,200. His license will be suspended for a few years and he could also face prison time.

It’s a major conviction, so he’ll likely be labelled a high-risk driver.  In other words, if he can even get insurance, he’ll be paying 2-3 times his current amount or nearly $600 per month to drive.

Stunt driving can cost you thousands of dollars. Stunt driving isn’t limited to donuts, either. Before you put the extra person in the trunk or take your road rage out by not letting someone in or cutting them off, think about the consequences. Safe driving, over a consistent period, will always yield the cheapest car insurance quotes.