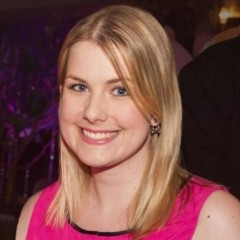 This three-bedroom starter home in Coquitlam costs $578,000, and features a basement bedroom/family room combo with a separate entrance and a large backyard.

Owning a home is something most people dream about. Not only does paying for a mortgage mean you’re not paying rent, it also gives you the freedom to have full control of your property. Unfortunately, for some regions in Canada, it’s much easier to break into the market than others.

Most of British Columbia falls into the “hard to break into” category, with continually climbing price tags on already expensive homes. Vancouver, for instance, is considered the most expensive place to buy in Canada. According to a recent Home Listing Report by Coldwell Bank, the average listing price for a four-bedroom, two-bathroom home is a staggering $1,876,414 in Vancouver. Richmond and Burnaby also topped the list, with average prices hovering around the $1-million mark.

In B.C.’s Lower Mainland, a four-bedroom home is considered somewhat of an aspiration. As such, most first-time buyers are looking for something a little smaller – like a two- or three-bedroom bungalow that is just big enough to start the life of homeownership in.

According to B.C. Mortgage Broker Dara Fahy, nearby cities like Port Moody, Coquitlam, and New Westminster are prime real estate areas for first-time buyers to look at, especially with the upcoming Evergreen Line – an addition to the Lower Mainland’s transit system.

“Soon these areas will be serviced by a SkyTrain, which is our version of a subway,” Fahy explained. “[This will offer] a much easier, faster, and cheaper commute into downtown Vancouver.”

For many young professionals, this makes buying in the Tri-Cities (Coquitlam, Port Coquitlam and Port Moody) more appealing, as it will soon be much easier for homeowners to get to their Vancouver jobs.

However, B.C. real estate is expensive, when compared to the rest of Canada – especially in the Lower Mainland. And buying there means shelling out a pretty penny. According to Tri-City Realtor Ryan Runte, the average detached family home in Port Moody falls in the lower $600,000 mark, while a similar home in Port Coquitlam is typically in the low $500,000 range.

The good news is a number of these homes have a basement suite with a separate entrance, and some newer developments even have separate coach houses that can be rented out. While those aren’t common features in usual starter homes, the Lower Mainland presents its own challenges in that housing market.

“The definition of a starter home really varies depending on the client and the area they’re looking in,” said Runte. “In the Tri-Cities, the people we’re helping are typically 25-35 and are looking for a property with that separate suite, in order to have some rental income to offset the mortgage. In fact, pretty much everyone in that age range needs rental income, just to qualify [for a mortgage in Vancouver].”

If being a landlord isn’t something you would consider doing, you can always look at townhouses in these areas, which cost considerably less. In Port Moody, a townhouse can cost on-average $450,000, and Coquitlam townhouses fall into the lower $400,000s. Port Coquitlam is the cheapest overall, with older townhouses coming in around $350,000.

To give you a better example of what you might be able to afford in the Tri-Cities, we’ve created a chart using actual homes that are currently listed for sale.

As you can see, while the suburban houses are often cheaper per square footage of the property, the townhouses present a viable option for a first-time buyer who can’t afford a mortgage over half a million.

“In my opinion, Coquitlam and Port Moody are the best areas to buy,” said Runte. “In particular, within Port Moody, as you can get large lots. And many areas will be within walking distance to the upcoming Evergreen Line, which will be finished within five years.”

According to Runte, the main thing any first-time buyer should consider before purchasing is the resale value of their home. Since most people don’t live in their starter homes forever, it’s a good idea to consider how easy it will be to sell within five-to-10 years. In the Lower Mainland, accessibility to transit – like the Evergreen Line – is one of the top things all buyers consider before making an offer. By making that a consideration of yours before buying, it should be that much easier to resell.