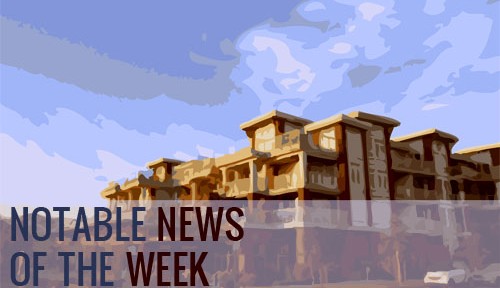 It’s no surprise that low interest rates are helping to boost some of Canada’s housing markets, but a new report from Scotiabank is reporting just that. What is important to note, however, is that future gains are no guarantee – at least that’s what the report’s economist Adrienne Warren believes. “Canadian housing activity remains buoyant, though the underlying fundamentals for continued gains are becoming less favourable,” she said, noting average inflation-adjusted home prices jumped 2% in the second quarter from a year ago. She adds that while low interest rates and balanced market conditions have helped many Canadians get into the market, slow job growth and the recent rate hike for fixed mortgage rates will likely cool the market for the rest of 2013 and into next year.

The 2011 National Household Survey was released this week, and showed that Calgary is a city of high income earners that has a greater rate of homeownership than many parts of the country.  Actual figures released by Stats Canada showed that Calgary’s rate of homeownership is 73.9% – up 0.6% from the province’s overall rate. This is likely the result of Alberta’s strong economy, which continues to lure newcomers to the province – 27,100 people moved to Alberta in the first quarter of 2013 alone. Newcomers are lured by both jobs and wages, as Alberta’s unemployment rate is only 4.5% and it’s been found that 2.9% of Calgarians earn more than $191,150 each year. These move rates are, in turn, heating up the housing market. “[But] overall, affordability is probably increasing in Calgary because our incomes are high and unemployment is low,” said Ben Brunnen, a Calgary economic consultant and former chief economist at the Calgary Chamber of Commerce.

The 2011 National Household Survey has also revealed that 25.2% (3.3 million) of Canadian households spend over the affordability threshold – 30% of total household income – on shelter costs. These costs include rent or mortgage payments, property taxes, condo fees and utilities. It seems that affordability hits young people the hardest, as 26.7% of 25-44 year olds are spending over the threshold, while only 21.9% of 45-64 year olds are doing the same. The most shocking stat may have been that renters are worse off than buyers. According to the survey, 40.1% of renters are putting more than 30% of their income towards shelter costs. “When you pay too much, you’re not able to buy groceries, you are not able to put your kid in a recreation program and those are really critical, basic things,” said Dallas Alderson, the director of policy and programs with Canadian Housing and Renewal Association.