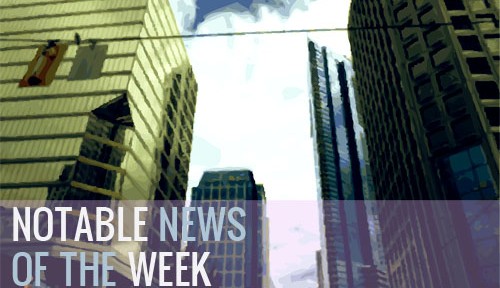 Governor of the Bank of Canada, Mark Carney, has signalled that an interest rate hike is not imminent. Carney has cited headwinds from the rest of the world, pressures on the Loonie and the lack of Canadian business investment, as major reasons why the central bank chooses to keep interest rates at exceptionally low levels. The government believes that moving rates higher should be the last line of defence for containing the heated housing market and high levels of household debt. However, Mark Carney says there are scenarios where interest rates could rise without a Bank of Canada intervention. The central bank warns that the bond market can also influence mortgage rates where an increase of government bond rates over time would also increase Canadian mortgage rates.

Despite condo and new home construction showing serious signs of slowing, sales of existing homes could hold steady in the Canadian housing market. This claim comes from the CMHC who expects home resales to hold steady in 2012, before going up in 2013, with the persistence of low mortgage rates and the expected employment growth. Canada’s largest mortgage insurance corporation predicts a sustaining price growth in line with, or slightly below, inflation and sees balanced market conditions in most local markets next year.

While the amount of money Canadians are borrowing continues to rise, the number of Canadians missing or defaulting on loan payments has dropped to pre-recession levels. A report from Equifax Canada found that 1.22 per cent of non-mortgage debt was unpaid after 90 days or more during the third quarter of this year; this is the lowest delinquency rate since 2007, before the financial crisis hit. The numbers signal that Canadians are taking action after repeated warnings from the government about the perils of being over-extended by debt. Nadim Abdo of Equifax believes a slower rate of debt incretion and smaller delinquency rates are both signs that Canadians are assuming more responsibility with their personal finances.

categories: Mortgages
tags: Bank of Canada Debt Mark Carney
How Does the Toronto Land Transfer Tax Affect the Market and What Can We Do? ING DIRECT Canada Home Equity Line of Credit (HELOC)