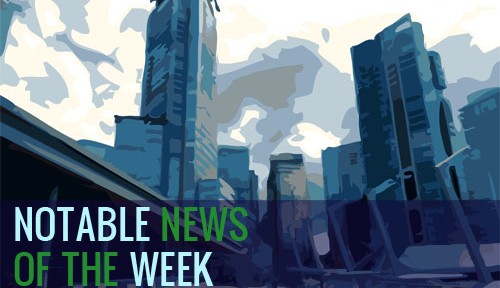 Housing construction slows in April, but no crash yet – CBC

Housing starts are beginning to slow to a more sustainable rate, as the seasonally adjusted annual rate of urban starts was down 2.5 per cent in April. The decline occurred primarily in the condo markets of Ontario, British Columbia and Atlantic Canada. This trend could signal an end to the housing boom and ease economic stability concerns from the International Monetary Fund and the Bank of Canada. Overall, housing indicators such as starts, resales, building permits, and prices have lowered since July 2012, when Jim Flaherty placed tighter regulations on mortgages and lending practices. Departing Bank of Canada Governor Mark Carney told a parliamentary committee last month that all housing indicators were going in the right direction and that household debt accumulation had stabilized. The April housing starts figures were in line with economist expectations and were below the first quarter average, as housing starts did rise in Quebec and the Prairies, partially offsetting the decreases from other provinces.

There are fundamental changes playing out privately at the Canadian Mortgage and Housing Corporation (CMHC), as a new chairman of the board has been chosen and a replacement for CEO Karen Kinsley will soon be announced. Robert P. Kelly, a former Wall Street banker and a veteran Canadian financial services executive, has been named chairman of the board. In addition, stricter regulatory changes began in March, when Flaherty placed the CMHC under the auspices of the Office of the Superintendent of Financial Institutions (OSFI) which regulates Canadian banks and insurance companies. Sources indicate that the OSFI will initiate an extensive risk management review of the CMHC. These regulations are part of governmental efforts to ensure that the CMHC’s commercial activities are undertaken in a way that will promote overall stability of the financial system. Flaherty has criticized several commercial functions of the CMHC, specifically their willingness to provide default insurance on mortgage loans with more than a 20% down payment, which is not required by law.

Negotiating your first mortgage? Check out these tips – The Globe and Mail

Mortgage competition in Canada is fierce right now, allowing consumers to negotiate low rates if they walk into their lender’s offices prepared. Rates posted at banks are just starting points for buyers and can be negotiated down to something more favourable, if buyers know where to start. This article says that consumers should plan early and ensure they have the documents required for a mortgage, such as their current personal credit score, tax assessments from the last two years, and a thorough accounting of income. It’s also important to prepare for closing costs, which require extra cash on hand. In addition, consumers should read up on mortgage basics and not automatically look for a 5-year fixed mortgage rate. Another tip is to probe lenders on the penalty fees involved in breaking a mortgage, to ensure that they properly explain these often vaguely described terms. With the competitive nature of the mortgage lending market, consumers hold significant leverage to negotiate favourable rates and should utilize their position to obtain the best mortgage rate.

categories: Mortgages
tags: CMHC first-time homebuyer mortgage rates
How Much Condo Can You Buy with $380,000? How to Become a Mortgage Broker in Ontario