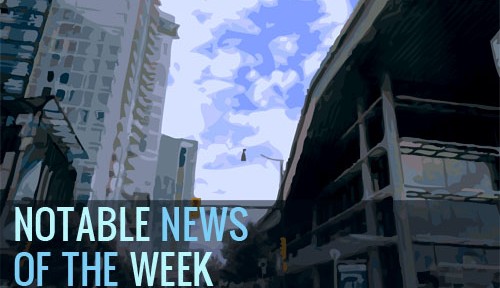 Last week, Royal Bank of Canada (RBC) announced that they would be raising many of their posted mortgage rates. Some of the new rates were put into place on Monday and have had a significant effect on several mortgage products. The largest increase was on RBC’s 5-year closed mortgage, which went up from 3.09 per cent to 3.29 per cent. The 1-year closed mortgage rate went up 0.14 percentage points to 3.14 per cent. RBC has indicated that there would also be increases of one-tenth on 2, 3 and 4-year mortgages. Most Canadian banks use the bond market to fund their lending and, unfortunately, bond prices plunged last month. Of the major banks, RBC is the first to respond by announcing an increase to mortgage interest rates in Canada, but it appears that other mortgage lenders will follow suit.

Canadian housing starts reached the lofty 200,000 level in May, easily surpassing the April figure of 175,922. While these numbers look good, most of the construction that started was for previously sold units and, therefore, does not represent new interest in the market. Benjamin Reitzes, Senior Economist at Bank of Montreal (BMO), said the following about the situation: “Before you put shovels in the ground for multiples, you need to sell a majority of the units… Some are concerned if all these units hit that market at the same time you will get a flood of units and a lot of them being owned by investors who will bail out.” Analysts are concerned because the condo market is already well supplied and the demand from end consumers is no longer there – at least in Toronto. A slowdown seems certain as high-rise sales are down 12 per cent in the GTA from a year ago and there are currently 242 condo projects under construction.

According to a recent report from Scotiabank, housing prices in Canada have been relatively stable this year, but there is a downside risk – mainly in the Toronto market. Sales and construction in the Toronto market are slowing and, as a result, prices are beginning to go down. The report indicates that this price adjustment will continue over the next couple of years, particularly in the condominium market where supply is expected to outpace demand. Overall, home price averages have been kept stable by the single-family homes segment of the market. The tight supply in this segment has kept single-family home prices relatively unchanged. The report states that rebalancing in the housing market is manageable if new construction slows, population continues to grow and interest rates remain low.

The average discounted mortgage interest rates in Canada in 2013: