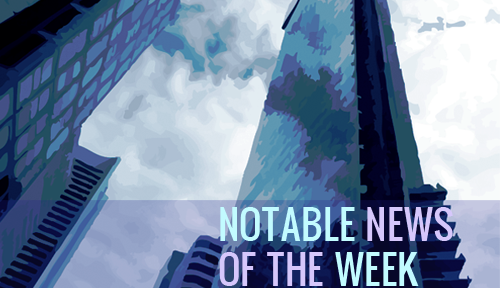 Each Friday, the Notable News of the Week recaps the major events from the Canadian mortgage and housing industry. This week, the new mortgage rules are starting to impact the Canadian mortgage-bond market; many first-time home buyers regret not putting a larger down payment; and we look at Canada’s 10 most expensive neighbourhoods.

The effects of Finance Minister Jim Flaherty’s efforts to tighten mortgage policies and stabilize the Canadian housing and mortgage industry are starting to impact bond sales. The Canadian mortgage-bond market is underperforming the U.S. counterpart and according to the Bank of America Merrill Lynch, Canadian bonds from one to five year yields have returned an average of 0.3 per cent this year, compared to 1.9 per cent for similar American mortgage bonds.

TD Bank conducted a survey of recent first-time home buyers and found that 60 per cent wished they had made a bigger down payment. A larger down payment means less overall interest to pay, lower mortgage insurance fees (if applicable), and a larger equity buffer if home prices fall. However, saving for a large down payment is often difficult for many new buyers because of the time required to save up. Median family incomes are approximately $70,000 and with average savings accounts at four per cent, the average family can only save about $2,800 per year. First-time home buyers pay on average $295,000 for their first home according to Genworth Financial Canada. That means the average first-time home buyer needs to save at least $16,000 to meet the five per cent minimum down payment in Canada.

For first-time home buyers, there are lots of one-time and ongoing costs to consider beyond the mortgage. A TD Bank report found that 29 per cent of homeowners did not budget for ongoing costs such as maintenance and utilities. Thirteen per cent said they did not prepare for large one-time costs such as the home inspection fee, legal fees, land transfer taxes, and title insurance. The most common regrets for new buyers has little to do with record level prices or purchasing the wrong house, but with the finances. First-time home buyers should use tools such as mortgage affordability calculators to accurately gauge what their costs will look like.