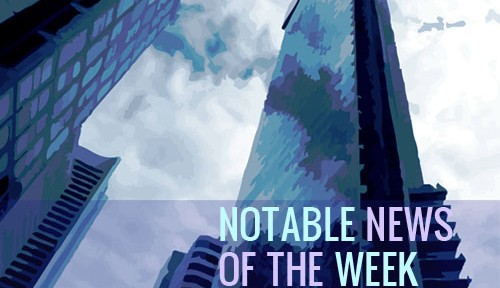 Each week, Ratehub.ca delivers the Notable News. We compile and summarize the major headlines from Canada’s housing and mortgage market to keep you informed. This week, Finance Minister Jim Flaherty makes progress in cooling Toronto’s hot housing market, the six largest Canadian banks debate whether buying ING Direct will be worth the cost, and debates arise as to whether falling house prices are actually that bad.

The Toronto Real Estate Board says that home and condominium sales in Toronto have started to slow compared to a year ago as sales slip 1.5 per cent. According to board president Ann Hannah, tighter mortgage rules have caused consumers to put their buying decisions on hold. The slow in condo sales has eased fears of a bubble growing in Toronto, where average condo prices have increased thirty-three percent from five years ago. The new mortgage rules have eased housing market inflation while keeping Toronto mortgage rates at all time lows.

Interest rates predicted to stay the same until 2014  – Bloomberg

Finance Minister Jim Flaherty is making progress in slowing down Toronto’s hot condo market. The new mortgage rules, which were introduced July 9th, were a response to record consumer debt and the potential real estate bubble. The central bank has said that housing investments will make no contributions to economic growth due to overbuilding and that it could delay an increase in interest rates due to weak economic growth and demand.

Dutch based ING Group may put its online Canadian banking arm on sale for $1 billion to $2 billion in order to raise funds to repay a bailout given by the Dutch government during the 2008 financial crisis. For the six largest banks in Canada, this represents an opportunity to increase domestic market share and gain a large chunk of deposits and customers. However, ING Direct’s online customer pricing might not fit with the business of traditional banks. If the purchasing bank changes the pricing structure, it may drive away clients, says National Bank Financial’s Peter Routledge.

Falling house prices aren’t that bad – The Globe and Mail

Falling house prices are not necessarily a precursor to a U.S.-style housing crash, and might not be a bad thing. More first-time buyers are better able to afford houses, while smart investors can buy low and sell high. Established home owners still see gains from over the past 10 years, and the drop in prices might discourage foreign buyers who are over-inflating home values. With prices falling, buyers have a chance to reflect on their decisions, and avoid bidding wars or borrowing close to the limit of what the bank offers.