No Change to Bank of Canada’s Key Interest Rate 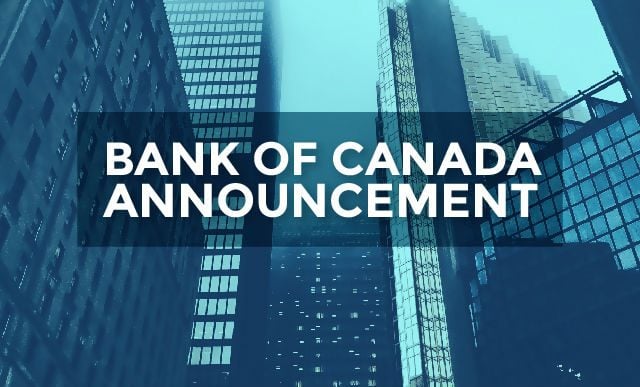 No surprises this time: the Bank of Canada announced Wednesday morning it will keep the target for its overnight lending rate at 0.5%. It’s widely expected the central bank won’t budge on rates until 2018.

However, in a short statement, the bank said it’s keeping an eye on “significant uncertainties” that could dampen its projection of improving growth. In January, the bank warned that possible protectionist trade policies under new U.S. President Donald Trump would hurt Canadian exports.

Inflation rose to 2.1% in January due to higher energy prices, “due in part to carbon pricing measures introduced in two provinces,” the bank said in a press release, adding that it expects this effect on inflation to be temporary.

Touching on projections made in its January Monetary Policy Report, the central bank said Canada’s red-hot housing market continued to lead stronger growth in the fourth quarter of 2016. However, exports continue to face competitive challenges as the Canadian dollar and bond yields remain  Overall, there’s still “persistent economic slack” in Canada’s economy compared to our neighbours in the U.S., with recent gains in employment offset by “subdued” growth in wages and hours.

The Bank of Canada’s next interest rate announcement is scheduled for April 12.