This week, we saw a general increase in variable mortgage rates with a slight decrease in fixed rates across some lenders.

Last week, the Government of Canada 5-year bond yields consistently trended downwards which caused some lenders to lower their fixed rates [1]. The best 5-year fixed rates are once again below 4%. Fixed rates also continued to drop over the weekend.

Variable mortgage rates have started to increase as lenders reduce discounts offered off the prime lending rate. Some 5-year variable rates have gone up as much as prime minus 0.65%[1]. However, most lenders’ variable rates stayed put, so it is still possible to obtain a low 5-year rate of around prime minus 0.9% for the moment. You can take advantage of the current low variable rates by exercising your prepayment options, paying your mortgage like it’s a fixed rate mortgage and reducing your amortization and interest owed.

Variable mortgage rates are expected to increase, principally, because they have stopped being profitable to lenders as a result of narrow spreads [2]. (“Spread” is the difference between the rate you get as a customer and the lender’s base cost to finance your mortgage). As a result, many lenders have found it difficult to sustain these low variable rates. However, lenders with good liquidity should be able to maintain lower variable rates.

Many analysts are predicting that by July 2011, the Bank of Canada will start increasing short-term rates. These predictions are based on employment levels in both the public and private sector. However, it remains to be seen whether this will actually happen. Canada’s second quarter GDP values will give us a better idea of where mortgage rates are heading.

Note: The rate changes discussed here do not affect existing variable rate holders. Once you lock in to a variable mortgage, you lock in to the discount off the prime lending rate offered at the time of contraction. 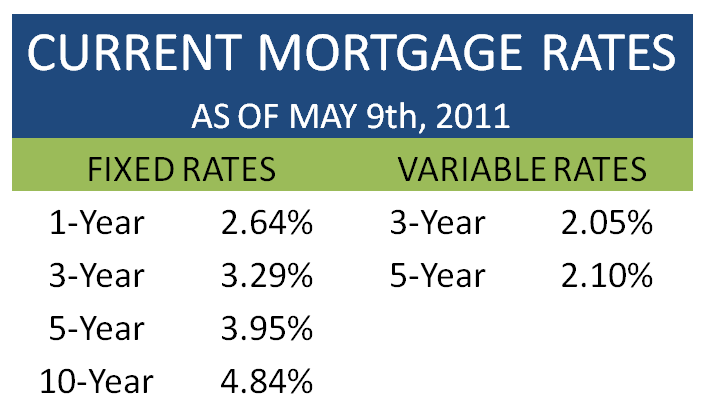 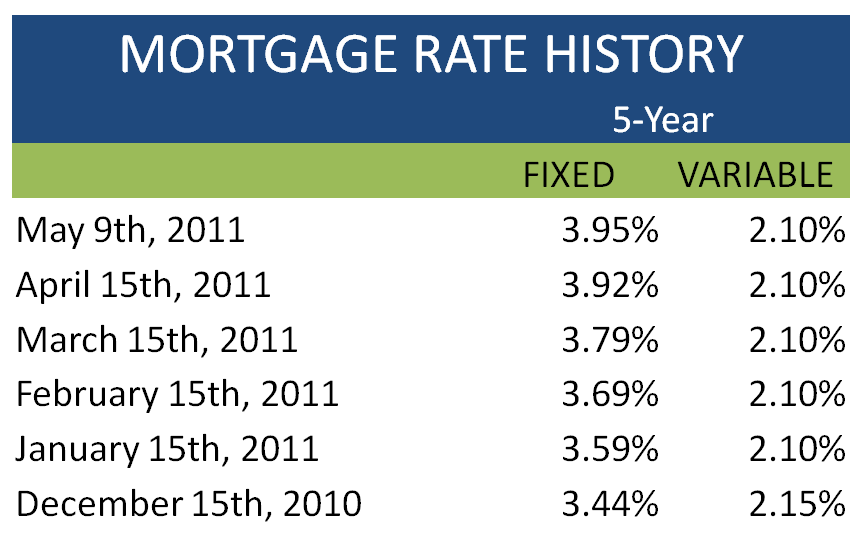 Looking at Ratehub.ca data over the past week, we can also observe some general trends in the market in regards to product popularity.

[Naturally, this is just a sample and does not represent the market as a whole. It does, however, offer some useful insight.] 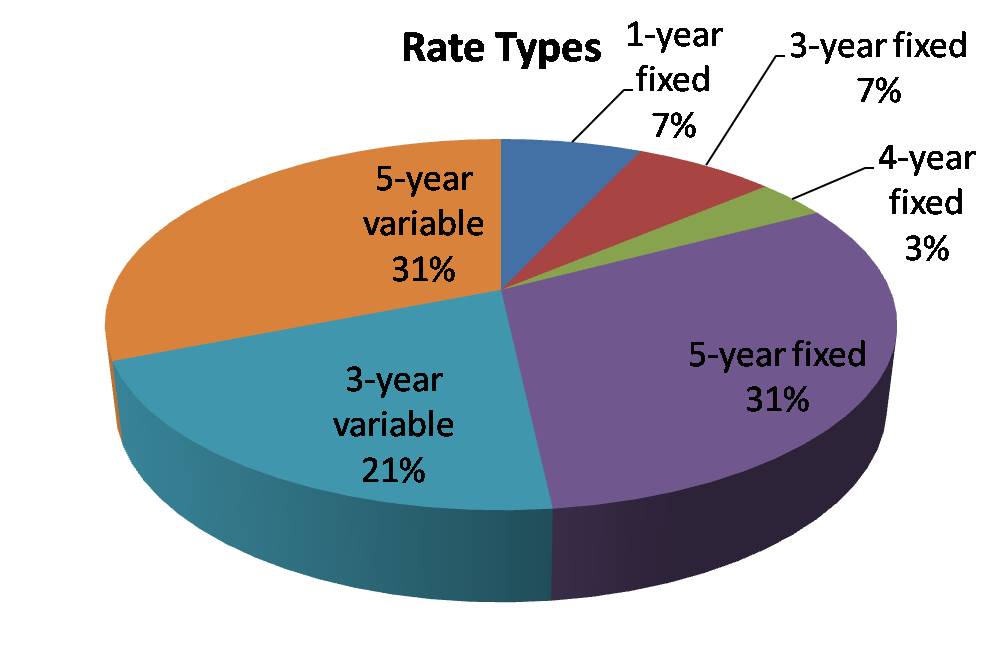 Historically, fixed rates have been significantly more popular, forming 66% of all mortgages, contrasted with variable rates which comprise only 29% (4% represent a combination). However, in the last week the popularity of 5-year variable rates on Ratehub.ca has matched 5-year fixed rates.