Last week, we saw five-year government bond yields drop 11 basis points. It appears investors believe we will experience lame economic growth in the coming future. What’s troubling for those in the mortgage-rate business, such as Ratehub.ca, is the lack of movement in fixed rates. Canadian banks continued to stand pat as government bond yields dropped last week yet again. Sadly, there isn’t much to report until the banks make a decision to move posted mortgage rates in a particular direction. The inactivity in the face of dropping government bond yields remains baffling.

Since fixed mortgage rates continue to remain idle, the popularity of variable mortgage rates should continue to see a growth in popularity, especially when the spread (the gap between the two rates) remains favourable towards the variable rate. Some industry professionals believe that there’s still a possibility that the Bank of Canada will cut rates

The fallout of the American credit rating continues to haunt economic growth of our neighbours to the south. They face a long road ahead to recovery. In terms of Europe’s outlook, their situation only got bleaker as the EU’s combined second quarter GDP grew by only 0.2% overall. The German economy, which has been a pillar of European economic growth, barely moved the needle last week, growing by only 0.1%, which is still better than France’s economy which saw no growth at all. According to mortgage specialist, David LaRock:

“If the economic recovery continues to stall, short-term interest rates will be on hold for the foreseeable future and fixed-mortgage rates will continue to set new record lows. That said, it’s not all gravy for Canadian borrowers because if ultra-low rates continue to push consumer debt levels higher, another round of mortgage rule changes is inevitable. You can bank on it.” 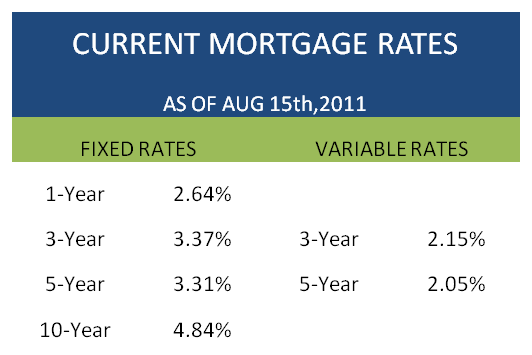 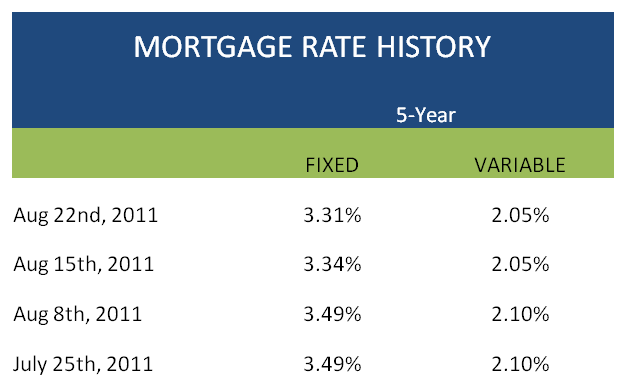 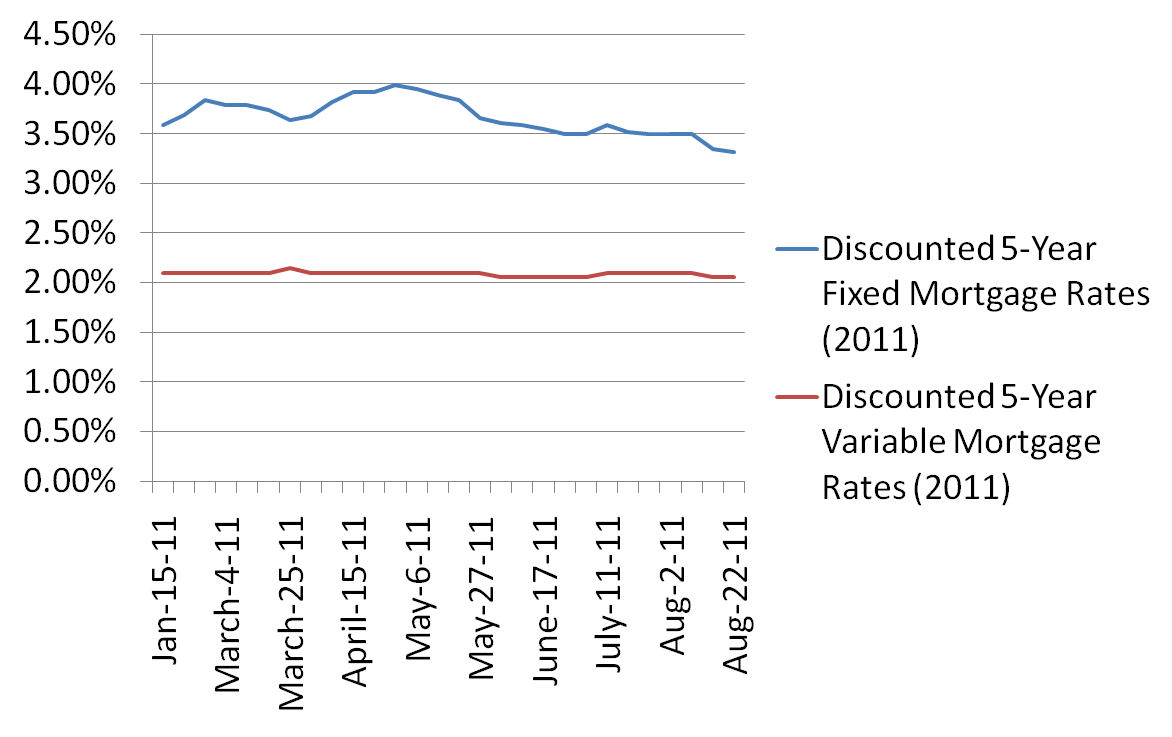 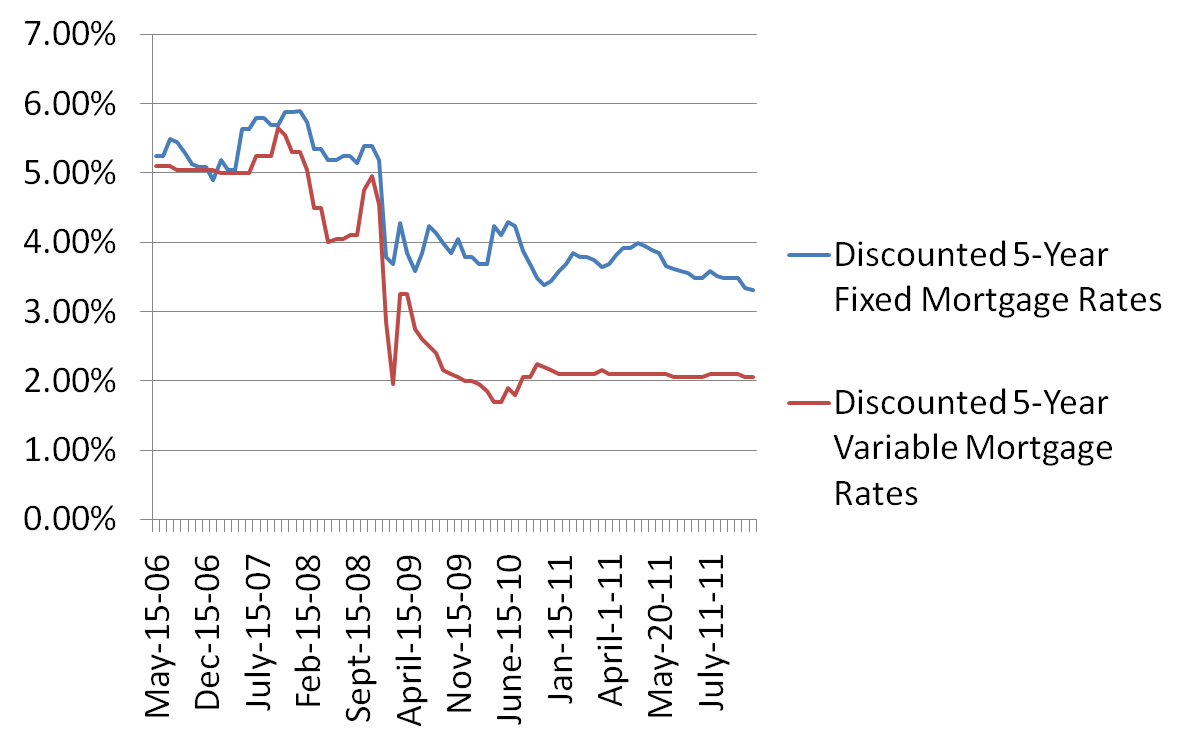 Yet again, we continue to see rush in popularity for variable rate mortgages, which made up a large majority of the mortgage products selected last week. The second most popular product was 5-year fixed rate mortgages. 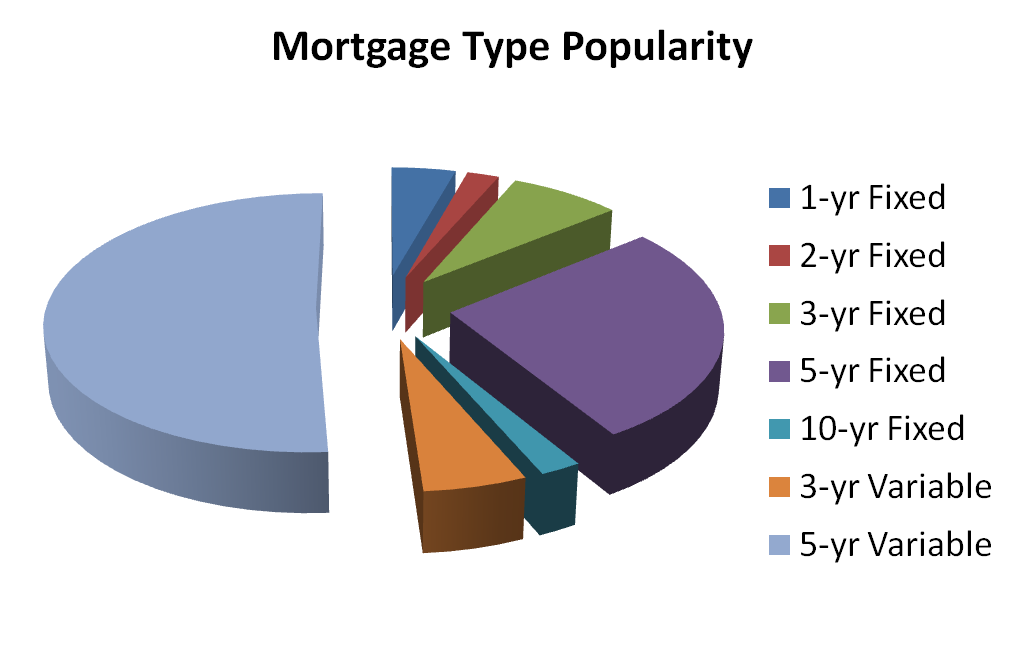