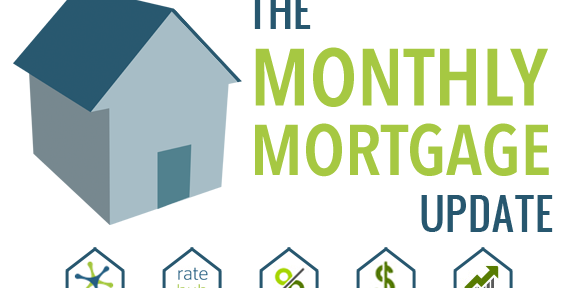 How Low Can Mortgage Rates Go?

Despite the public scolding from Federal Finance Minister Jim Flaherty in March, mortgage rates continue to fall to historic lows. Although most lenders aren’t as brazen as BMO and Manulife – who advertised posted rates below 3 per cent on 5-year fixed rates – if you’re in the market for a mortgage in Canada, you don’t have to look hard to find a mortgage rate below 3 per cent. Whether you’re shopping for a new mortgage, renewing your existing mortgage, or refinancing, there’s never been a better time to lock into a 5-year fixed rate. Any homeowner who receives a mortgage renewal letter with a mortgage rate above 3 per cent should think twice about signing and talk to a mortgage broker first.

So why do mortgage rates keep getting lower? It’s no secret the housing market has been slowing, ever since the most recent changes were made to the mortgage rules last year. Year-over-year sales have been falling in housing markets, with Canada’s biggest cities – Toronto and Vancouver – hit the hardest. Meanwhile, prices are down in Vancouver, and Toronto’s once robust double-digit price appreciation is long gone. By offering ultra-low mortgage rates, lenders are hoping to entice homebuyers who are sitting on the sidelines to get into the market.

And let’s face it – lenders have very little to lose by offering these low rates. High-ratio mortgages are backed by mortgage default insurance, making them a low-risk investment. Despite Flaherty’s best attempts to stop “a race to the bottom”, with 5-year Canadian Government Bonds at a paltry 1.16 per cent as of May 2, 2013, lenders still have wiggle room to drop rates even lower. As of today, 5-year fixed rates are only 2.69 per cent on our site – that’s the lowest we’ve seen all year!

There’s a New Governor of the Bank of Canada

With Mark Carney getting ready to bid his farewell to Canada and start his new post as the head of the Bank of England, the media has been waiting for his successor to be named – and now he has been. Despite speculation that Carney’s right-hand man, Senior Deputy Governor Tiff Macklem, would take over the reigns, to the surprise of many, Stephen Poloz was appointed the new Governor of the Bank of Canada. Who is Stephen Poloz? you might be wondering. Poloz actually has 14 years of experience under his belt at the Bank of Canada, working his way up to Chief of the Bank’s Research Department. Most recently, however, Poloz has spent the last 14 years at Export Development Canada, starting as its Chief Economist and finishing as the President and Chief Executive Officer.

“Stephen Poloz has a long and distinguished career in the public and private sectors, with 30 years’ experience in financial markets, forecasting and economic policy,” Federal Finance Minister Jim Flaherty said in a statement last Thursday. “I am confident he has the skills and experience required to lead the Bank of Canada at a time of global economic uncertainty.”

But Poloz has a tough job ahead of him. With Canada’s GDP growth stalling, it remains to be seen if he will stay the course and leave the overnight lending rate at 1.00 per cent. If you’re a homeowner with a variable rate mortgage, you’ll want to pay special attention to the direction Poloz takes the Canadian economy over the coming months. While you may be saving money today with a variable rate, a couple 25-basis point rises in the overnight lending rate could quickly negate those savings.

categories: Monthly Updates
tags: Bank of Canada Mark Carney mortgage rates Stephen Poloz
Notable News of the Week: May 3, 2013 How Much Condo Can You Buy with $380,000?